Animal Tales (some a little fishy) 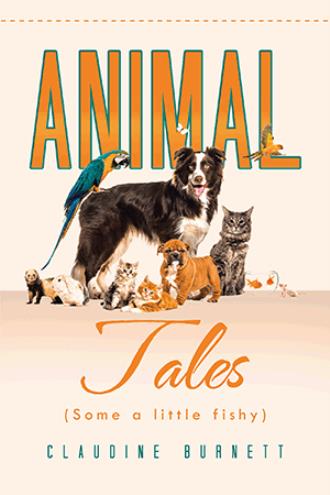 Long Beach boosters did many things to attract visitors to the town, including Wharfinger Charles Baettge’s bantam hen, which would entertain guests by flying from the Pine Avenue Pier into the ocean. Hanging out with seagulls and pelicans, the “bird brained” hen thought herself a sea bird. She never realized she could drown. Baettge was always there to rescue her from the water, and she continued her bath whenever she felt the need for more salt in her diet. Tourists loved to witness the rescue, and the hen who strutted around afterwards, was immensely proud of all the attention. Another of Baettge’s flock of fowls, decided to see what all the fuss was about. After all, he was a rooster, and he wanted something to crow about. One July morning in 1909 the bantam rooster decided to follow the hen’s example. He didn’t want to take second place to a mere hen, and he decided to perfect his skill before taking to the public stage. The rooster arrived at the crack of dawn and dove into the water. However, it was so early no one was there to rescue him. Baettge arrived shortly thereafter and heard a gurgling crow coming from the sea. But it was too late. The rooster’s feathers had become so soaked with water that he sank, becoming a “chicken of the sea.”

Learn about: • An opossum who enjoyed X-rated movies. • A canine thief with an appetite for eggs. • A man who lost out on $38,000 in valuable pearls because he liked his oysters cooked instead of raw. • Strange events and creatures off the California coast. • A recipe for Pius IV’s favorite dish — frog livers. • A statewide event where California school children were asked to kill as many ground squirrels as possible, verifying their kills by bringing the tails to school! These are but a few of the stories largely centered around Long Beach, California, which have appeared over the past 130 years. Most have remained forgotten, until now. How much is true and how much “tongue in cheek” I will leave up to the reader to decide. In any case, they are they are fun, humorous and sure to entertain.

About the Author Claudine Burnett has written numerous books and articles on Southern California History for which she has received numerous awards. Her credentials include a B.A. in history from the University of California Irvine; a Master’s in information science from the University of California, Los Angeles; and a Master’s in public administration from California State University, Long Beach. Several of Ms. Burnett’s books have been used in the production of PBS and CSPAN documentaries. She has also appeared on television and spoken on radio. Named one of Long Beach’s most influential people in the cultural arts by the Long Beach Business Journal, she has also been described by the Long Beach Press-Telegram as “one of this town’s finest historian.” About the Illustrator A graduate of Art Center College of Design, Shari Burnett has painted throughout Asia, and more recently illustrated a children's book There Is No Spot Where God is Not. Having lived in India, Nepal, China, and Thailand, her adventuring has led to many humorous stories, which she is presently compiling into a book A Life Well Laughed. Shari has been surfing since she was twelve and these days you can find her in the water at Mondo's in Ventura County. She enjoys time with family, friends, the sea, and dark chocolate.