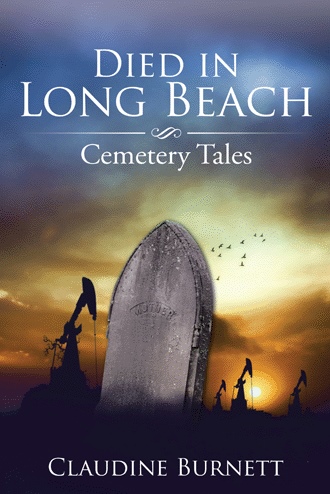 Is the Municipal Cemetery and adjacent Sunnyside haunted? Perhaps. That well may have been the reason a black team of horses belonging to the City Livery Inn ran away the morning of May 21, 1907, during the return trip from Signal Hill Cemetery after the funeral services of Mrs. Mary Boyd. The persons in the rig, including the driver, jumped shortly after the horses began to show symptoms of unruliness, and were uninjured. The horses ran down Pine Avenue to Ocean Avenue and east to Alamitos Avenue. Several times serious collisions were narrowly averted. The “spooked” horses were stopped before any damage was done.

Cemeteries seem to be a popular place for ghosts, perhaps because of the theory that there are “spirit portals” and “doorways” in many burial grounds. Could this be true of Long Beach cemeteries? As mentioned in my earlier book Haunted Long Beach 2, there are several reported ghosts still hanging out at both Sunnyside and the Municipal Cemetery. There is Bessie McKensie Baxter (3/5/1888-9/20/1918), who was buried with beautiful roses and the wedding dress she was to have worn as a bride on the day she was to have been married. Bessie, who was deaf, was killed by an oncoming Pacific Electric train as she was returning from Los Angeles with her wedding outfit. Her bridesmaids escorted Bessie to her grave at Sunnyside Cemetery wearing the gowns they should have been wearing at Bessie’s wedding.

If you’re ever wandering around the Municipal Cemetery and smell smoke, it may not be coming from one of the oil wells or supporting oil industries that still dot the hill. It could be emanating from plot 43 F, the final resting place of Louisa (who also went by the name Lenora) Goodnight (8/1838-7/6/1903). Hers was a tragic end—burned to death in a fire that broke out in the family’s Wilmington home in the early morning of July 6, 1903. What makes it even more heartbreaking is that she had escaped the conflagration, but rushed back into the house to salvage her life’s savings. Her husband Thomas B. Goodnight (8/4/1837-5/4/1916) is buried next to her. sadly, he died at the County Poor Farm in 1916, unable to support himself.

There may also be ghosts at All Souls Cemetery. In Haunted Long Beach 2, I wrote about a restless spirit named “George” who followed two young girls home after they decided to “adopt” a lonely grave, gathering wildflowers from an empty field and placing it on the grave. Jeffrey Fisher in Ghosts of Long Beach mentions another two spirits occasionally seen at the cemetery. The most frequent apparition is that of an older woman seen strolling through the cemetery grounds in the early morning, but she will quickly vanish whenever anyone approaches her. The second is a black shadowy figure, who haunts the cemetery late at night. This apparition appears to be tall, but is never seen clearly and is only seen from behind. Many believe this is the spirit which issues a growling sound and sometimes pushes late night visitors, perhaps warning them to stay away.

What exactly is a ghost, and how do they reveal themselves? There are two main types of paranormal activity—poltergeist and hauntings (which include ghosts). Poltergeist activity usually centers on one individual, usually a teenager who is under some form of emotional stress. These individuals often have problems at home or school. Many are depressed. The anger and upset from these problems somehow manifests itself in a physical way. Their feelings of discontent result in objects moving, flying, or breaking. These odd occurrences are often accompanied by sounds, vibrations and other unexplainable physical phenomenon. It’s believed that a sort of energy field is exuded by those individuals that have the ability to affect the environment around them.

A ghost is an apparition one sees, a form of haunting. There are two types of haunting. The most common is a residual haunting in which a location has picked up and recorded the intense energy exuded by individuals under stress. At times the actions and words stored in the walls of that site are triggered and, like a video tape, replayed. Experts in paranormal activities believe that someone with a psychic tendency or even certain atmospheric conditions, can trigger this phenomenon.

The other, much rarer, sort is an intelligent haunting where someone with psychic talents, or the proper equipment, can actually communicate with the dead. There is also the theory that these “spirits” may never have resided on Earth but are inhabitants of parallel worlds in dimensions we have not yet trained ourselves to see. Those who watch such television shows as Ghost Hunters have seen questions posed by the living answered by raps, knocks or EVP’s (Electronic Voice Phenomena) from those on the other side.

Another question people ask is when can you expect a ghost to appear? A ghost may show itself once in a hundred years or once every Tuesday. Have any of your read the Seth books by Jane Roberts? Seth is an entity who speaks through psychic Jane Roberts. In the book The“Unknown” Reality: volume 2, Seth, explains “psychological” atmospheres that surround the earth which allow him access to our world: “My mental or psychic journeys must occur in a medium of some kind. There are rhythmic activities in the atmosphere that I count upon and use, as for example a sea captain might use the rhythm of the waves for his voyages. Those inner atmospheric ‘waves’ have a certain regularity. They are more intense at certain times than other.”

Not all paranormal presences are seen, some are simply felt. It can be different for each individual. Some may feel static, where the hair on arms stands up. Others may smell an odor. Some claim to feel dizziness. Every body can react differently.

So are our local Long Beach cemeteries haunted? There are certainly interesting individuals buried at our local cemeteries, as I hope this book has pointed out. Is there still residual energy emanating from some graves causing ghostly apparitions? Are some departed spirits still upset at the desecration of their final resting places by oil operations on Signal Hill? When I asked this question of Mike Miner who manages Sunnyside Cemetery and is in his office there most days, he confessed that he has never seen a ghost. But then again, he said, others with a more “psychic” bent have told them they “feel” things at the cemetery.

Perhaps this book will inspire you to visit one of the cemeteries. You might want to take the Historical Society of Long Beach’s cemetery tour of the Municipal and Sunnyside cemeteries in October. There is also the marvelous mausoleum at Forest Lawn/Sunnyside, which is beautiful beyond description, to visit anytime. Perhaps if you venture out and explore on your own you can make your own decision on the “haunting” nature of Long Beach cemeteries.

Long Beach was one of the many Southern California cities that grew out of the railroad fare wars of the late 1880s. It was built by men and women who toiled to make it the great metropolis it is today. These are the tales of those who died or are buried in Long Beach. Some were illustrious in their time, others just common folk with interesting stories to tell. Politicians, city founders, visitors, influenza victims, Civil War veterans and accident victims are all discussed here, as well as the hospitals, doctors, undertakers and others who cared for the dead and dying. But what makes Long Beach’s Sunnyside and Municipal cemeteries different from all others is the question of whether the bodies said to be there still remain. The “cemetery wars” of the 1920s erupted when oil was discovered on Signal Hill. Oil and other debris ran over the graves and the promised mausoleum that many had already paid for was cast aside in favor of black gold. People were angry, barricading themselves by the cemeteries’ gates to prevent oil rigs from getting to the mausoleum site. Slant drilling caused headstones and markers to sink into the ground, graves were covered by the run off debris from the oil fields above. Many bodies were moved, their headstones left behind, with haphazard records kept of where the corpses were relocated. It would take a 10 year court case to determine if the dead still had “rights.” In this book you will learn about the fascinating history of Long Beach’s unique cemeteries, the stories of those said to be buried in them, and whether Long Beach’s “cities of the dead” may be haunted by angry souls whose final abode did not allow them to “rest in peace.”

Claudine Burnett has written several books and articles on Southern California history for which she has received numerous awards. Her credential include a B.A. in history from the University of California, Irvine; a Master’s in information science from the University of California, Los Angeles; and a Master’s in public administration from California State University, Long Beach. Several of Ms. Burnett’s books have been used in the production of PBS and CSPAN documentaries. She has also appeared on television and radio. Named one of the city of Long Beach’s most influential people in the cultural arts of by the Long Beach Business Journal she has also been described by the Long Beach Press-Telegram as “one of this town’s finest historians.” Ms. Burnett’s latest book is sure to live up to her reputation as the expert on all things Long Beach.