The odd and unusual in and around Long Beach, California 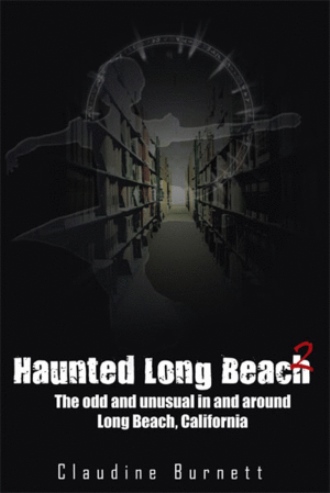 Students, especially freshmen, at Cal State Long Beach are frequently told to expect the unexplainable when walking the campus at night. An eerie fog often envelops the CSULB campus closest to Bellflower Boulevard. Interestingly, it is seen when atmospheric conditions are not conducive to creating a foggy environment. It's said that if you stand in this mist and listen closely, you can still hear Native American drumming and chants echoing through time.

CSULB encompasses a large tract of the ancient Indian village of Puvungna where, according to Long Beach's original inhabitants, the world began. It was a sacred site that some believe continues to exude a strong, spiritual energy.

Is it just coincidence that CSULB chose to build their $22 million dollar sports complex in the shape of a pyramid? Could it be, as some suggest, that CSULB's Walter Pyramid acts as a transfer point of energy? That it keeps the sacred energy of Puvungna alive and flowing?

One woman wrote to me anonymously telling of a ghostly experience her husband had in 1996, two years after the Walter Pyramid opened. The couple lives in the Los Altos area in a home about 45 years old. Though several families have resided in their home over the years, her husband was sure what he saw wasn't a resident ghost. He felt it was briefly lost, en route to somewhere else.

It was morning and Mr. X was awoken by a low gruff female voice saying very fast "wake up!" When he opened his eyes, he saw a middle aged woman in a blue dress. She was staring at him with a surprised expression as if she were thinking "what am I doing here?" Looking annoyed, she then disappeared. Had the woman recently died and was she led by the powerful energy she picked up from the Native American site to a "doorway" so she could cross over to another realm?

When Rose moved to Long Beach in 1987 she began to have dreams about Native Americans. Since she had never had dreams about a particular culture consistently before, she began to sense someone or something was trying to make her aware of their presence. She used to think that ghosts only resided in spooky old houses, but she soon changed her mind. Her apartment was new, one of those thrown up very quickly in the early 1980's. Though there were older structures around her, she came to recognize it wasn't the building that mattered, it was simply the area, and what had been there long before. She came to realize what was haunting her and her roommates wasn't some drunken sailor killed in a bar fight, but an echo of a much older civilization---an energy that transversed time.

Besides the dreams there were the sightings. One was a figure who always walked in the same direction, from Rose's kitchen area to her stereo. It seemed to be a young Native American male with dark hair and tanned skin. Rose never saw a face. When she would look up she would see his side or back. Everyone in the apartment saw the entity at one time or another, but never thought to compare notes.

Tragically, the gentle Indians of Southern California were exploited, degraded, exterminated and, during the American era, subjected to a form of slavery. They were sold liquor, then arrested and jailed as drunks. They were then auctioned off on a regular weekly basis with purchasers paying the Indians' fines in return for forced labor. Could the spirits of those so ill treated still linger? Is the spiritual energy generated by the sacred nature of Puvunga, still felt? Rose thinks so, and stories gathered from CSULB students, Los Altos residents and others (found elsewhere in this book) seem to agree.

Claudine Burnett, author of popular Murderous Intent and Strange Sea Tales Along the Southern California Coast, has at last revised and updated the long out of print Haunted Long Beach. New stories and updates have come her way since the original Haunted Long Beach was published in 1996. Now readers can rediscover the "ghostly" side of one of America's finest cities----haunted houses, phantom airplanes, cemetery apparitions, and ghosts of the Queen Mary come alive in these true stories of eerie happenings in Long Beach, California.

Gathered from historical files and personal experiences, Ms. Burnett has researched these stories extensively to try to find historical evidence as to their cause. All in all, these ghostly tales are sure to entertain both visitors and residents alike.

Ms. Burnett, who has authored several books on Southern California's past, has received numerous awards for her contributions to local history. She believes history should be "fun" as well as "factual" and her entertaining accounts make learning history an enjoyable experience.