African Americans in Long Beach and Southern California: A History 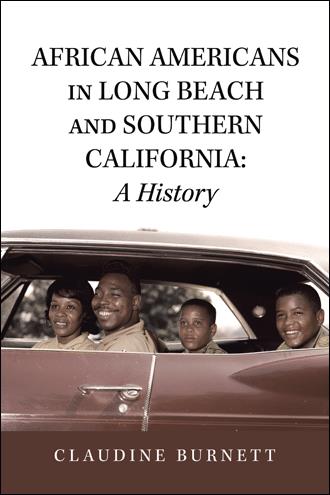 On August 2, 1974, Long Beach African American Anthony (Tony) Wilkins’ life ended at the Hollywood Bowl. Wilkins was shot and killed by an off-duty Los Angeles policeman moonlighting as a security guard. Why? Wilkins had been attempting to intervene in a scuffle he witnessed while at a concession stand with several Long Beach youth he was chaperoning. Rushing to the scene, he tried to mediate, but instead ended up dead. Wilkins and ten other volunteers from Long Beach were escorting more than 200 Long Beach youth from the Long Beach Neighborhood Youth Corps to an Aretha Franklin concert at the Bowl. Los Angeles police said Wilkins was one of a group of three who pinned Officer Robert Clark to the ground in the tower aisles of the Bowl. According to Clark, as his assailants were punching and kicking him, Clark wrestled his gun from one youth and fired once, hitting Wilkins. Witnesses said Wilkins was an innocent victim who never attacked Officer Clark, he was just trying to find out what the melee was all about and cool things down. It was later revealed a group of Youth Corps members were simply trying to move to unoccupied seats, closer to the stage, when the scuffle began. An autopsy showed Wilkins was shot in his left lower back with the bullet emerging at the left side of his neck. This challenged police accounts, showing it would have been impossible for Wilkins to have been kicking anyone at the time he was shot. In addition, there was no distinct evidence of powder residue on Wilkins’ body, indicating he was several feet away from Officer Clark. A request for an investigation was made by Wilkins’ family. It was denied by Los Angeles authorities. What was America like for Anthony Wilkins, growing up in Long Beach in the 1960s? Strides in achieving racial equality had been made following the 1965 Watts riots. In Long Beach, informal meetings between city officials and African Americans opened dialogue between the black community and city officials. The local black community listed a number of grievances and bluntly warned the city that it could ignore the African American community’s needs only at its own peril. Young blacks protested police harassment of racially mixed couples, and police intrusions into peaceful gatherings. Conditions were so bad it made the uniformed police officer appear to be an enemy of African American youth. Though Congress had passed the Civil Rights Act of 1964, here in California Proposition 14 overwhelmingly approved by voters, kept housing segregation in place. Although Proposition 14 was ruled unconstitutional by the California Supreme Court in 1966 and the U.S. Supreme Court in 1967, it demonstrated the number of whites that resisted the idea of racial equality and the fear among blacks that the idea was unattainable. It would not be until Title VIII of the Civil Rights Act of 1968 (the Fair Housing Act), passed four days after the assassination of Martin Luther King Jr., that the actual inclusion of racially restrictive covenants into deeds was deemed illegal. Wilkins, admitted to Long Beach State College on a football scholarship, wanted to change the world around him. Taking up the fight for racial equality, Wilkins became president of the Black Student Union (BSU). The group saw it was up to them, the younger generation, and the power of protest, to achieve change. In December 1968, Wilkins and the BSU formally presented a list of demands for equality to college President Carl McIntosh, telling McIntosh if the demands were not met the school would have “lost justification for existence.” The list included the creation of an autonomous, degree granting black studies department to be in place by the fall semester of 1969, with professors and staff approved by the Black Student Union advisory board; an emergency action on off-campus housing for black students; office space for BSU; and more black administrators, faculty, staff and students. For weeks similar demands, which had resulted in violence, had occurred at San Francisco State College. Black students there began a strike on November 6, 1968. With 200 to 300 activists and up to 2,000 some-time participants, they had kept the college in an uproar. Long Beach’s Black Student Union members had not resorted to violence but emphasized they wanted the same demands made at San Francisco State and other colleges–mainly a separated black studies department, not black studies courses spread throughout other academic departments. McIntosh responded saying the main obstruction was budget, but he said he would see what he could do. In January 1969, McIntosh announced progress had been made between administrators and the Black Student Union. Office space had been provided for the BSU; plans were being developed to improve housing for minority students; the college also accepted black faculty members on a full-time basis. McIntosh also promised a black studies program would begin partially the following semester and be in full operation by September. On March 29, 1969, the black studies program for CSCLB won formal approval for inclusion in the 1969-70 course studies. Following graduation in 1971, Wilkins continued his quest for racial justice, working for the Compton Urban Corps, the Manpower Training Division of the Long Beach Community Improvement League and the Long Beach Neighborhood Youth Corps. His mission to end injustice came to a close too quickly. His August 1974 death was a tragedy not only for the black community, but for his family. Wilkins was a husband and the father of two sons, ages three and one. A third child was expected in September 1974. Let us remember Anthony Wilkins who spent much of his life in peaceful protests against injustice, killed by an off-duty Los Angeles policeman at the Hollywood Bowl. His fight continues today as demonstrated with worldwide protests over the murder of 46-year-old African American George Floyd, while in police custody, in Minneapolis on May 25, 2020.

Racial discrimination and unrest are intertwined with the history of Long Beach and Southern California in Ms. Burnett’s latest book. African Americans in Long Beach and Southern California begins in the 1800s and continues to 1970, reaching into later years to describe what that history has led to today. Ms. Burnett spent over five years researching recently digitized African American newspapers which has allowed her access to the black perspective on issues rarely written about in the white press or by other authors. Personal stories, legislation, Southland history and possible solutions to decades old problems are presented, making for an interesting and informative read. It is a unique work, sure to open the eyes of many.

Claudine Burnett has written several books and articles on Southern California history for which she has received numerous awards. Her credentials include a B.A. in history from the University of California, Irvine; a Master's in information science from the University of California, Los Angeles; and a Master's in public administration from California State University, Long Beach. Several of Ms. Burnett's books have been used in the production of PBS and CSPAN documentaries. She has also appeared on television, has spoken on radio, pod casts, and is a featured writer for several newspapers. Named one of the city's most influential people in the cultural arts by the Long Beach Business Journal, she has also been described by the Long Beach Press-Telegram as "one of this town's finest historians."