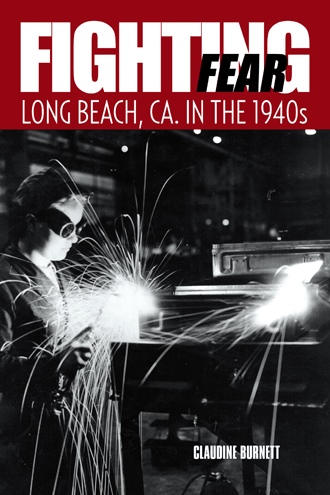 Black Dahlia Murder By the end of the 1940s murder was becoming almost commonplace in Long Beach with its burgeoning population. There were murder-suicides revolving around domestic disputes, a man who claimed a voice told him to kill his wife, and a sleeping Long Beach woman slain by an ax wielding, jealous boyfriend. A former St. Louis Browns pitcher was sentenced to life in prison for killing Long Beach surgeon Dr. Donald Buge in a robbery attempt, and policeman Marlin Evans was killed by a San Quentin parolee while Evans was trying to keep Long Beach safe. Crazy things were happening, such as three women being attacked and stabbed by a knife-wielding Filipino as they walked home from their jobs at the telephone company. The alleged attacker was later killed by police bullets when he was found hiding nearby. However, returning war veterans and their families were distracted from concerns about housing shortages, growing murders and suicides, lack of various foods and crippling labor strikes by a gruesome murder which has continued to attract public interest for the last sixty-seven years---the Black Dahlia murder. On January 14, 1947, Elizabeth Short who lived in Long Beach in room 21 of the Washington Hotel at 53 Linden Avenue, was brutally murdered. Her butchered body, severed at the waist and badly slashed, was found in Los Angeles. It was the manager of the Washington Hotel, Fred Smolser, who identified the girl from the picture shown him by police. Elizabeth Short, whom newspapers named the “Black Dahlia,” because of comments made by Long Beach Police Sgt. Edward Boynton on her coal-black hair and fondness for sheer, black clothing, had left Long Beach a few hours before she was bludgeoned to death and her body cut in two. Witnesses said they had seen her catch a Pacific Electric train from Long Beach, and that a man on the train began talking to her. At first she ignored him and appeared aloof, but later she started a conversation with him. Police at first were on the look-out for a man named “Red” who had been seen with Elizabeth days before the murder. When “Red” Manley was found, he took a lie detector test to prove his innocence. His wife also verified he had been with her and their 4-month baby all day the day of the murder. From his testimony, police came up with a different scenario---the murderer was a woman jealous of Miss Short’s close friendships with men and women alike. Lynn Martin, a 15-year-old Long Beach girl who was posing as a sophisticated 24-year-old model, came forward. Lynn had been Elizabeth’s roommate, but she denied that she or any of their mutual friends would have a motive for the sadistic butchering. Three days after the Dahlia murder, the body of 37-year-old Mary Tate was discovered on a street strangled with a silk stocking. Less than a month later, Mrs. Jeanne French was found nude and tortured to death in a lot near the beach. The following month the mutilated body of Evelyn Winters, former wife of a movie executive, was found in the gashouse district near the Los Angeles River. On May 12, 1947, another brutal sex attack and slaying occurred in Long Beach. An unidentified woman was found garroted with a piece of cloth ripped from a man’s underwear, in a vacant lot on Locust Avenue north of Wardlow. A cleaning mark in her coat led to her identity. She was Laura Eliza Trelstad, of 2211 Locust. The 37-year-old mother of three suffered a skull fracture and brain hemorrhage. Death had resulted from strangulation. An autopsy revealed she had been raped and there were signs she had been drinking. Captain Loren Q. Martin, chief of Long Beach detectives, personally directed the investigation. He and his team were seeking to follow her movements the night of the murder. They concluded she had been killed elsewhere and her body dumped in the field.,,,,

The war in Europe had resounding effects worldwide, but the clouds darkened over Long Beach much earlier than the war clouds appeared over Europe. In the days of Prohibition Long Beach waged battles against illegal bootlegging, gambling and political corruption. When Prohibition ended in 1933 it was hoped that the city could return to what it once was---a decent, law abiding, town. But that was not to be, too many new people had moved into the area brought there by the growth of the harbor and the discovery of oil. It was hard to tell who was a good cop and who was bad, and it was also difficult to tell which of the politicos running the city had hands that were dirty. As the federal government looked at America’s west coast they saw an intense need for a stronger military presence if the U.S. ever had to protect its Pacific shores. For Long Beach this was good news. The city had its harbor and airport, both already in use by the military, with plenty of available land for expansion. Long Beach was about to enter its greatest period of growth and development since oil was discovered in 1921. It didn’t take a visionary to see that Long Beach would be a prime target for an enemy attack. The eastern portion of the city housed numerous shipyards and a Navy base; to the north there was Douglas Aircraft Company, and the Army air base at the Municipal Airport; to the east was the Los Alamitos Naval Air Station and the Seal Beach Naval Weapon’s Depot. In the middle of Long Beach were countless oil wells, fueling the ships, planes and other equipment needed to fight a war. During the 1940s hordes of people escaping the effects of the Great Depression flooded into Long Beach looking for jobs in the shipyards, oil industry, and aircraft factories, which had sprung up as the war in Europe intensified. The newcomers did not seriously consider the fact that Long Beach would be a prime target if America entered the war. What they needed was a job, and Long Beach was where to find one. After Pearl Harbor the fear set in. Long Beach would be a prime target for a Japanese attack. There was also a second fear---that gambling interests and political corruption would take over the city.