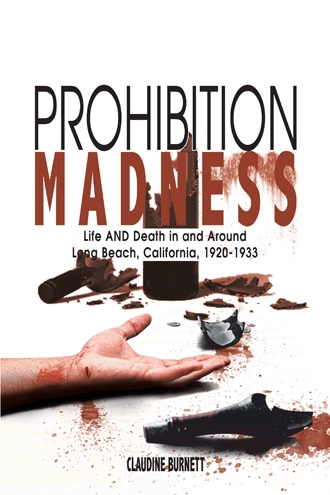 Excerpt from the chapter "The Torso Murder." The Los Angeles River was where Ramon and his father Juan worked, where they tried to make enough money as river scavengers to support their family. They never knew what they'd find, especially after a flood, but 15-year-old Ramon Manriquez got the surprise of his life with what he discovered on April 4, 1929. It looked like a promising day to see what treasures the river had brought them. Two days of heavy rain had swollen the river and Ramon hoped he'd be able to salvage something he could sell to help put food on the table that evening. He saw an interesting shape floating in the river near a box. Surely it was a mannequin, though it looked like a body, but he couldn't be sure. thinking someone may have drowned in the flood he decided to notify the police. Following Ramon's lead downstream, police saw the odd object described by the boy washed up on the banks of the river near Lynwood. They decided to have a closer look and were stunned by what they found---the nude torso of a girl, possibly 18 or 20 years old. A horrifying scenario unfolded. The limbs had been neatly severed from the remains, definitely done by someone who knew what they were doing. The body itself didn't have a single scratch, other than the clean cuts which removed the head, legs and arms. When the torso was taken from the water the wounds where the arms, legs and head had been severed were still bleeding. This, physicians said, indicated the victim had not been dead much longer than twelve hours. Who was the woman? The torso provided no clue to the murder victim's identity and police believed that only by checking the disappearance of every woman reported missing would they possibly get a lead to the murderer. It was a daunting task. In addition, parking garage attendants and car rental agencies were asked to report any instances where they noticed blood on the vehicles, and trash bundles that might contain the missing portions of the woman's body were ordered inspected. Police were overwhelmed until they got help from an unexpected source---two young Long Beach boys. On May 18, 1929, two boys stalking imaginary prey along the river found something that put their imaginations to shame. They were in for a big surprise. Ten-year-old Winton Pettibone picked up a piece of bamboo and poked the end of it into what he thought was a turtle shell and lifted it up for his friend to see. Then, to their horror, they realized it was a human head. With the head on the end of the stick they ran up on the roadway and waved it at a woman motorist. Stunned, she loaded the boys and their find into her car, quickly drove to a phone and called police. When sheriffs arrived the boys showed them where they had discovered their grisly find. The boys had found the missing head.

Throughout America cocktail parties sparkled defiantly through the dreaded first minutes of January 20, 1920. With morning would come the official start of Prohibition. It was easy, however, to keep the party going in Long Beach, California. Though Long Beach had been "dry" throughout most of its history, illegal liquor distribution throughout the city was already perfected by the time the 18th Amendment, banning the sale of most alcoholic beverages, became law. Already in place were underground booze operations, secretive speakeasies and bootlegging, the perfect staging ground for crime, corruption AND murder. READ ABOUT: Oil - The one discovery that made Long Beach different from the rest of 1920's and 30's America and would change the life of the city in many unforeseen ways. Good vs. Evil - Murders, gun battles, lawlessness ...the city was a battleground between the influences of good and evil. Involved in the battle was the Ku Klux Klan, Communists, rum runners, bootleggers, gangsters, and corrupt politicians. MEET: Hollywood celebrities William Desmond Taylor, Fatty Arbuckle and other well-known figures who ended up dead, or their careers ruined, because of rampant corruption and illicit booze. Gangsters such as Al Capone's henchman Ralph Sheldon, who gunned down Long Beach policeman William Waggoner, and got away with it. Bootleggers like Thomas Johnstone, murdered by his wife when he refused to give up his nefarious profession. Oil swindlers, many influenced by C.C. Julian and his Ponzi scheme that bilked thousands out of their life savings. Murderers such as Bluebeard Watson, who killed most of his 15 wives until one of them became suspicious. These are just a few of the individuals and matters discussed in this eye opening account of Long Beach and Southern California during the 1920's and 30's.