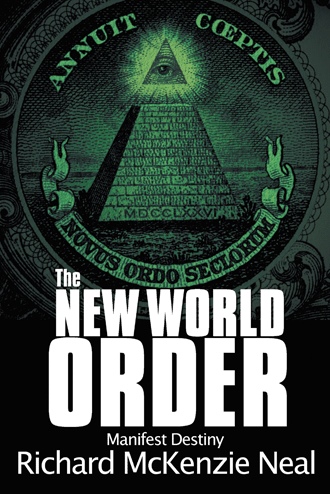 “Don’t Cry for Me Argentina,” the American version. The Roman Empire was very, very much like us today; they had lost their moral compass and their sense of values, in terms of who they were. And once all of those things converged, they were consumed by their selfish shortsightedness…even as they sank deeper and deeper into Godless depravity. “Everything” (yes, everything) we’re witnessing today has its roots in our past. The seeds of change were sown before most of us were even conceived. And now, as the old proverb promised…“Our chickens have come home to roost.” The American republic has endured for well over two centuries, but over the past 50 years, the apparatus of American governance has undergone a radical transformation. In some basic respects…its scale, its preoccupations, even many of its purposes…the United States government today would scarcely be recognizable to Franklin D. Roosevelt, much less to Abraham Lincoln or Thomas Jefferson. Extremely evil men and women who make up the world’s power-elite have cleverly cultivated a virtual pasture so grass-green that few people seldom, if ever, bother to look up from where they are grazing long enough to notice the brightly colored tags stapled to their ears.

Our world is undergoing immense changes. Never before have the conditions of life changed so swiftly and enormously as they have changed for mankind in the last fifty-plus years. We have been carried along…with no means of measuring the increasing swiftness in the succession of events. We are only now beginning to realize the force and strength of this storm of change that has come upon us.

Though none of us are yet clear as to the precise way in which this great changeover is to be effected, there is a worldwide feeling now that changeover or a vast upheaval is before us. Increasing multitudes participate in this uneasy sense of an insecure transition. In the course of one lifetime, mankind has passed from a state of affairs that seems to us now…to have been slow, dull, ill-provided, and limited, but at least picturesque and tranquil-minded, to a new phase of excitement, provocation, menace, urgency, and actual or potential distresses. More and more, our lives are intertwined with one another…a worldwide morass, and we cannot get away from that fact. We have become nothing more than nondescript, political pawns in a “winner-takes-all”…global chess game.

One should never equate education and/or intelligence to wisdom… Richard was born in Hope, Arkansas (Bill Clinton’s boyhood home), in 1941 and his father was gone prior to Richard turning two years old. He never knew the man, but attended his funeral as a sixteen-year-old. Before boarding a Greyhound bus for California, at seventeen, Richard knew two stepfathers and a number of others who were just passing through. During those teen years, before succumbing to the beckoning allure of the outside world, Richard worked at an assortment of low-paying jobs. Summers were spent in the fields picking cotton and/or watermelons and baling hay. He also worked as a plumber’s helper and a carhop at the local drive-in burger stand. After dropping out of school, eloping and landing in California, he soon realized how far out of his element he had ventured. And without the guidance of his “Constant Companion,” Richard would have spent a lifetime floundering in a sea of ignorance and ineptness…and his books would not exist. Richard’s first book (Fridays With Landon) was driven by his son’s life-altering heroin addiction. He had hoped not to author a sequel, but left the book open-ended due to historical concerns, which did in fact…resurface. For 25 years the family has endured the emotional highs and lows associated with the chaotic, frustrating and more often than not…heartbreaking task of rescuing one of their own, from the always ebbing and flowing tide of addiction. The unintended sequel (The Path to Addiction…) was triggered by a mind-numbing relapse after 30 months of sobriety. The second book was then written to bring closure…one-way or the other. The author advanced several possible scenarios for the ending of that book, but only one of those possibilities was favorable. His third book (The Long Road Home…) is a philosophical journey that we’ll all experience as our time here begins to dwindle. The fourth book (We the People) was driven by what he saw as the dismantling of America and the circumventing of its Constitution. Additionally, the ominous cloud of socialism and a New World Order looming over Washington motivated him to speak up, in spite of political correctness’ muzzle. The fifth book (The Compromising of America) was written to confirm and document the realities of those fears and concerns chronicled in the preceding book. While those fears and concerns were driven by the current administration, his nightmare now is the possibility of that same administration being returned to office, for another four years, in 2012. He has grave apprehension regarding America’s future should the unthinkable happen. The sixth book (America…Hanging By A Thread) was intended to complete the trilogy, but America is in even more peril today. The current book (The New World Order: Manifest Destiny) continues to document and record the events as things become more transparent. All seven books were written after retiring from a rewarding, thirty-six years in the oil industry. Our success should be measured by what we gave up (what it cost us) to obtain it, and not by what we accomplished and/or accumulated. “I have no respect for the passion of equality, which seems to me…merely idealizing envy.” ~ Oliver Wendell Holmes Jr. ~