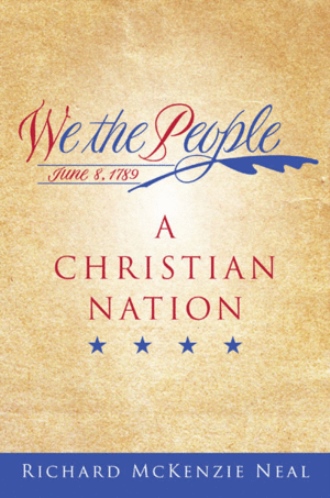 The mainstream media has embraced Obama as the Messiah, the Chosen One, the One Who Will Bring About Hope and Change. But what if he is the mythical “Manchurian Candidate?” Most of us remember the original movie (1962), but the re-make in 2004 introduced the intriguing…and compelling line of thought to the current populace. The film was about a nefarious plot that involved brainwashing, an assassin with a post-hypnotic trigger and a conspiracy to deliver the U.S. presidency into the hands of foreign enemies whose plan it was to destroy the country from within. Eventually cracks began to appear in the plot and in the end the evildoers met their just rewards. I know that it was all just a movie, but I also know that all is not as it appears on the surface. While we (the average citizens of the world) go about our lives just working and trying to comply, there’s another…worldwide group that has much higher ambitions…and one of their goals is a “One World Government.” And because “we” don’t obsess about “control, power and money” being the drivers in our existence, that concept seems too abstract…too dark, to be real. But nevertheless, “they” are a part of the real world…and I will continue to touch on those individuals and organizations. If the “Manchurian Candidate” sounds like melodrama…or mind bending, science fiction, I would suggest that you just keep looking over your left shoulder. Let’s fast-forward 45 years (from the original movie) into the presidential contest between Barack Obama and John McCain. Out of nowhere Barack Obama appeared on the scene full-blown…and managed to snatch the democratic nomination from Hilary Clinton, despite his complete lack of experience in both domestic as well as foreign policy. In fact, Barack Obama’s experience was so thin that it isn’t even possible to ascertain exactly what he stood for, given that he voted “present” on over 130 Senate bills. Yet the mainstream media embraced him…and it mattered not that there was no voting record or even a clear history of Obama’s activities since graduation, save and except that he was a “community organizer.” Most candidates for political office including those running for dogcatcher of Gnarled Gulch, Montana, faced close scrutiny by the electorate and especially the media. But it appeared that no amount of subterfuge and skullduggery with which Barack Obama was associated, was enough to raise any questions about his suitability to hold the highest office in the land. Call me paranoid, but suppose there is a vast left-wing conspiracy to take over the United States, there wouldn’t be a better time to do it than now and it seems that there’s no better candidate to do it than Barack Obama. Let’s look at some of the scandalous and tawdry affairs with which the presumptive president has been associated. How can anyone believe Obama attended Jeremiah Wright’s church for twenty years and wasn’t influenced by his ongoing, condemnation tirades against America? Winding the congregation up week after week with inflammatory rhetoric about how the government has lied to them about everything since the founding documents…and then punctuating those rants with, “God Damn America!” “Obama learned his lesson well,” said David Alinsky, son of the late socialist. “I am proud to see that my father’s model for organizing is being applied successfully beyond local community organizing.” “True revolutionaries do not flaunt their radicalism, Alinsky taught. They cut their hair, put on suits and infiltrate the system from within. Alinsky viewed revolution as a slow, patient process. The trick was to penetrate existing institutions such as churches, unions and political parties. Many leftists view Hillary as a sell-out because she claims to hold moderate views on some issues. However, Hillary is simply following Alinsky’s counsel to do and say whatever it takes to gain power. Is Obama acting as Alinsky’s star social surgeon, the first to possess the necessary power to carve up the American economy for mass redistribution?

Political correctness appears innocuous enough until one truly looks at the ripple effect created by today’s manipulative players looking for an advantage. Political correctness is a lie because saying it isn’t so, doesn’t change the facts…the facts are that pigs don’t fly and life “ain’t” fair! This charade has become so ingrained in our culture today that no one is willing to call it what it is; a façade for a culture of entitlement based on denial and rejection of responsibility. While political correctness has been solidifying its place in our lives for some time now, it has recently been joined by its natural adjunct partner…socialism. Our current administration has decided it knows what’s best for us in spite of a majority of voters expressing an opposing opinion. But my real fear is that his agenda and ambitions are going to destroy America… Obama is not the first president with a large streak of narcissism. But the others had equally expansive feelings about their country. He epitomizes today’s “me” culture with their “it’s not my fault” mentality supported by their entitlement attitude. He is the embodiment of everything that is “wrong” with America today…he is the maestro of the blame-game (mistakes will be made, but others can be blamed). We have misplaced our traditional values while buying into the liberal's progressive mindset. Our losses have been mounting for decades and the accumulative consequences are coming to bear. The list is endless: common sense, common courtesies, responsibility, accountability,integrity,family values, love of country…and God. I’m not suggesting he caused this decline in America's moral values; but I would suggest his radical vision for America…and beyond, is to take what we see today to the next level. From his distorted perspective he is myopically focused on shepherding us to what’s “right” for America.

Richard was born in Hope, Arkansas, in 1941 and his father was gone prior to Richard turning two years old. He never knew the man, but attended his funeral as a sixteen-year-old. Before boarding a Greyhound bus for California, at seventeen, Richard knew two stepfathers and a number of others who were just passing through. During those teen years, before succumbing to the beckoning allure of the outside world, his summers were spent in the fields...picking cotton and/or baling hay. After dropping out of school, eloping and landing in California, he soon realized how far out of his element he had ventured. And without the guidance of his “Constant Companion,” Richard would have spent a lifetime floundering in a sea of ignorance and ineptness…and his books would not exist. Richard’s first book (Fridays With Landon) was driven by his son’s life-altering heroin addiction. He had hoped not to author a sequel, but left the book open-ended due to historical concerns, which did in fact…resurface. For 25 years the family has endured the emotional highs and lows associated with the chaotic, frustrating and more often than not…heartbreaking task of rescuing one of their own, from the always ebbing and flowing tide of addiction. The unintended sequel (The Path to Addiction…) was triggered by a mind-numbing relapse after 30 months of sobriety. The second book was then written to bring closure…one-way or the other. His third book (The Long Road Home…) is a philosophical journey that we’ll all experience as our time here begins to dwindle. This, his fourth book, was driven by what he saw as the dismantling of America and the circumventing of its Constitution. Additionally, the ominous cloud of socialism and a New World Order looming over Washington motivated him to speak up, in spite of political correctness’ muzzle.