"hanging by a thread." 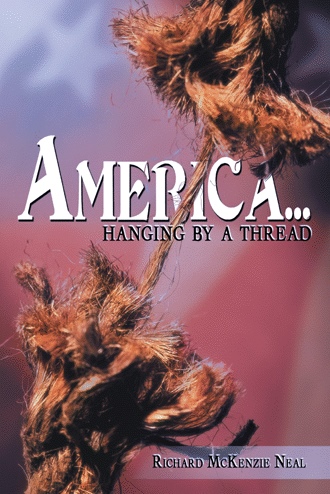 The ever-changing face of America…I hardly recognize her today. I know the process has been occurring, incrementally for a very long time…but it’s only recently that the transformation blindsided me with all the subtlety of a train wreck. It was in my face the whole time and I didn’t see it coming; a stealth like encroachment of many abstract components advancing from all directions…like a metastasizing cancer. I fear our country, as we knew it…has been irreparably changed. I’m not talking about the oddities and/or the general unsightliness of our populace with their “look at me”…I’m current, mentality. Of course, the times are always changing…and the tattoo world is an excellent example. Less than a century ago, many of today’s unemployed, heavily inked men and women could have gotten jobs with traveling circuses. Now, they hardly get a glance. We have become a developing “New World Order” circus. Our “ringmaster” needs an additional four years to complete his agenda, and he will say or do whatever it takes to subjugate our American way-of-life. When Adolf Hitler was building the Nazi movement in the 1920s, leading up to his taking power in the 1930s, he deliberately sought to activate people who did not normally pay much attention to politics. Such people were a valuable addition to his political base, since they were particularly susceptible to Hitler’s rhetoric and had far less basis for questioning his assumptions or his conclusions. The two classes (the ruling elite and the common man) have less in common culturally, dislike each other more, and embody ways of life more different from one another than did the 19th century's Northerners and Southerners…nearly all of whom, as Lincoln reminded them, “prayed to the same God.” By contrast, while most Americans pray to the God “who created and doth sustain us,” our ruling class prays to itself as “saviors of the planet” and improvers of humanity. Our classes’ clash is over “whose country” America is, over what way of life will prevail, over who is to defer to whom about what. The gravity of such divisions points us, as it did Lincoln, to Mark’s Gospel: “If a house be divided against itself, that house cannot stand.”

“It is the common fate of the indolent to see their rights become a prey to the active. The condition upon which God hath given liberty to man is eternal vigilance; which condition if he breaks, servitude is at once the consequence of his crime and the punishment of his guilt.” John Philpot Curran in a speech on “The Right to Vote” in 1790:

One should never equate education and/or intelligence to wisdom… Richard was born in Hope, Arkansas (Bill Clinton’s boyhood home), in 1941 and his father was gone prior to Richard turning two years old. He never knew the man, but attended his funeral as a sixteen-year-old. Before boarding a Greyhound bus for California, at seventeen, Richard knew two stepfathers and a number of others who were just passing through. During those teen years, before succumbing to the beckoning allure of the outside world, Richard worked at an assortment of low-paying jobs. Summers were spent in the fields…picking cotton and/or watermelons and baling hay. He also worked as a plumber’s helper and a carhop at the local drive-in burger stand. After dropping out of school, eloping and landing in California, he soon realized how far out of his element he had ventured. And without the guidance of his “Constant Companion,” Richard would have spent a lifetime floundering in a sea of ignorance and ineptness…and his books would not exist. Richard’s first book (Fridays With Landon) was driven by his son’s life-altering heroin addiction. He had hoped not to author a sequel, but left the book open-ended due to historical concerns, which did in fact…resurface. For 25 years the family has endured the emotional highs and lows associated with the chaotic, frustrating and more often than not…heartbreaking task of rescuing one of their own, from the always ebbing and flowing tide of addiction. The unintended sequel (The Path to Addiction…) was triggered by a mind-numbing relapse after 30 months of sobriety. The second book was then written to bring closure…one-way or the other. The author advanced several possible scenarios for the ending of that book, but only one of those possibilities was favorable. His third book (The Long Road Home…) is a philosophical journey that we’ll all experience as our time here begins to dwindle. The fourth book (We the People) was driven by what he saw as the dismantling of America and the circumventing of its Constitution. Additionally, the ominous cloud of socialism and a New World Order looming over Washington motivated him to speak up, in spite of political correctness’ muzzle. The fifth book (The Compromising of America) was written to confirm and document the realities of those fears and concerns chronicled in the preceding book. While those fears and concerns were driven by the current administration, his nightmare now is the possibility of that same administration being returned to office, for another four years, in 2012. He has grave apprehension regarding America’s future should the unthinkable happen. This book completes the trilogy…and will speak for itself. All six books were written after retiring from a rewarding, thirty-six years in the oil industry. Our success should be measured by what we gave up (what it cost us) to obtain it...and not by what we accomplished and/or accumulated.