The Compromising of America 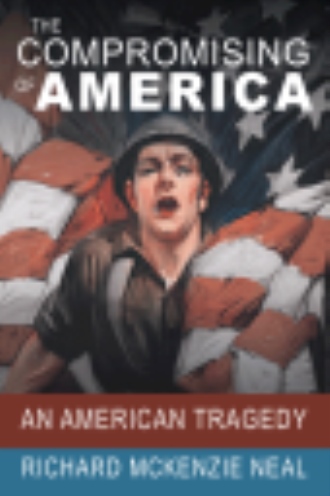 Over a decade ago, one of the greatest leaders in the history of the NRA gave a speech at Harvard Law School entitled: “Winning the Cultural War.” In that speech, Charlton Heston said, “I believe that we are once again engaged in a great civil war, a cultural war that’s about to hijack your birthright to think and say what resides within your heart. I fear you can no longer trust the pulsing lifeblood of liberty inside you…the stuff that made this country rise from wildness into the miracle that it is today.” Fighting the culture war was one of Charlton Heston’s passions. In that speech, he highlighted the political correctness that was spreading across America, warned of its damaging impact on our First Amendment freedoms, and challenged those students to fight against it. But the culture war is also being fought against the Second Amendment. In the most basic sense, it is a struggle to define what is “acceptable” in society and, by extension…what is not. It was well understood by America’s Founding Fathers that the only way a nation can remain forever free from the tyranny of dictatorship is to maintain an armed population. History shows that the cost of disarming civilians is very high. Conservative estimates put the number of unarmed civilians killed by their own governments at over 56 million people in the past century. History has given us many examples to clearly show the pattern dictators use to seize and maintain control. Modern politics in both domestic and international arenas are beginning to show a widespread increase in the prevalence of the dictatorship pattern and civilian disarmament. If the populations of the world are to resist dictatorship and if we truly desire to “never again” allow monsters like Hitler, Stalin, and Mao to seize power, our most basic protection is the ability to counter with armed resistance. The people of the world must never be disarmed; we all need to recognize this insidious way that a nation can rapidly slip from freedom to tyranny. As a means of self preservation, and to preserve our freedom, we should all be armed, trained, and vigilant in killing the seeds of tyranny that are being sown by those who would disarm us. While President Barack Obama may be the current poster child of liberal dreamers and their best-known spokesman, liberal ideology has been undermining American ideas for much longer than he has been alive. Obama developed his ideology growing up from beliefs that were already present in society. From the New Deal, to the Great Society, to Hope and Change, the liberal mindset has infiltrated education, the mainstream media, and the entertainment industry to such an extent that today these institutions are basically cheerleaders for the liberal movement. This is a big part of why liberal power has grown and the American way of life is in jeopardy. The economy is on the verge of collapse, markets plummeting all over the globe, the S&P downgrades our credit rating, Wall Street drops another four hundred points, the NASDAQ loses 5 percent, unemployment claims keep growing, financial experts fear we are slipping into a double-dip recession, JPMorgan announces they don’t expect the economy to grow much faster over the next twelve months than it did during the first half of this year…stagnant, Europe is in big financial trouble, the Deutsche Bank is in the “red” and Bank of America is laying off employees as it faces bankruptcy here in America, and what is our Profligate-in-Chief’s response to all this mess…much of it of his own making? “Michelle, let’s take another pricey vacation.” I wonder if Obama will play the violin at Martha’s Vineyard, while watching America burn from across the water…but then, Obama was vetted so little by the worshipful Obama-lapping Mainstream Media, that we know practically nothing about the man, not even if he does have any musical talents. We are finding out about our narcissist “Presidential Nero” the hard way. Like Nero, who was only slightly less “debaucherous” than Caligula, Obama, with wine on his lips…treats “we the people” the way Caligula treated those over whom he lorded. It is clear that Obama and family view themselves as royalty, but they’re not. They are employees of “we the people,” who are suffering because of his failed policies. What message does this behavior send to those who today are suffering as never before? Careless voters may be easily swayed by charisma and rhetoric, oblivious to the monumental disasters created around the world by 20th century leaders with charisma and rhetoric, such as Hitler. As the government does more and more for the people (entitlements and welfare), the people do less and less for themselves. Over the decades this troubling, self-perpetuating, self-serving arrangement has produced generations of self-indulged Americans. They don’t even have to think for themselves anymore, the government does that also…and then tells them how or what to “think” and do. Alexander Hamilton said, “We are now forming a Republican form of government. Real liberty is not found in the extremes of democracy, but in moderate governments. If we incline too much to democracy, we shall soon shoot into a monarchy or some other form of dictatorship.”

We're currently living in a fantasy world of smoke and mirrors where almost one-half of our population is receiving some level of unearned welfare, financial assistance and/or various other “entitlement” benefits. The number of beneficiaries has not only grown steadily over the generations, but has now reached a point where it has become a way of life…the norm. We've all heard about the “special interest” groups in Washington, well, guess what? Government is its own special interest group…the biggest special interest group of all. With no term limits members become so entrenched, by catering to “their” special interest groups, that their reelections are almost guaranteed each reelection cycle. Government is now only the stooge perpetuating Ponzi economics. Wars are being waged to support the scheme. It is now job creation and economic growth at all costs, when jobs and economic growth are the problems, not the solution. Ponzi credit has created too many jobs. And most of those jobs have nothing to do with individuals making a living or creating tangibles. This planet no longer has government. It has disablement. The global Ponzi credit system is the greatest crime against humanity ever perpetrated. It has squandered the planet's resources and institutionalized un-sustainability. It has created money flow, control and power that make their way into the hands of the undeserving. It has created a global frenzy for profit. Humanity had almost defeated all its predation, competition and disease, only to find itself competing and preyed upon by the worst competition imaginable...itself. It has institutionalized necessity for economic growth and population increase when the planet cannot sustain it. The game controllers are poised to profit from dwindling resources through commodity investment and war. The world's jobs are dependent on the continuation of Ponzi credit creation.

About the Author: Richard McKenzie Neal One should never equate education and/or intelligence to wisdom… Richard was born in Hope, Arkansas (Bill Clinton’s boyhood home), in 1941 and his father was gone prior to Richard turning two years old. He never knew the man, but attended his funeral as a sixteen-year-old. Before boarding a Greyhound bus for California, at seventeen, Richard knew two stepfathers and a number of others who were just passing through. During those teen years, before succumbing to the beckoning allure of the outside world, Richard worked at an assortment of low-paying jobs. Summers were spent in the fields…picking cotton and/or watermelons and baling hay. He also worked as a plumber’s helper and a carhop at the local drive-in burger stand. After dropping out of school, eloping and landing in California, he soon realized how far out of his element he had ventured. And without the guidance of his “Constant Companion,” Richard would have spent a lifetime floundering in a sea of ignorance and ineptness…and his books would not exist. Richard’s first book (Fridays With Landon) was driven by his son’s life-altering heroin addiction. He had hoped not to author a sequel, but left the book open-ended due to historical concerns, which did in fact…resurface. For 25 years the family has endured the emotional highs and lows associated with the chaotic, frustrating and more often than not…heartbreaking task of rescuing one of their own, from the always ebbing and flowing tide of addiction. The unintended sequel (The Path to Addiction…) was triggered by a mind-numbing relapse after 30 months of sobriety. The second book was then written to bring closure…one-way or the other. The author advanced several possible scenarios for the ending of that book, but only one of those possibilities was favorable. His third book (The Long Road Home…) is a philosophical journey that we’ll all experience as our time here begins to dwindle. The fourth book (We the People) was driven by what he saw as the dismantling of America and the circumventing of its Constitution. Additionally, the ominous cloud of socialism and a New World Order looming over Washington motivated him to speak up, in spite of political correctness’ muzzle. This, the fifth book was written to confirm and document the realities of those fears and concerns chronicled in the preceding book. While those fears and concerns were driven by the current administration, his nightmare now is the possibility of that same administration being returned to office, for another four years, in 2012. He has grave apprehension regarding America’s future should the unthinkable happen. All five books were written after retiring from a rewarding, thirty-six years in the oil industry. Our success should be measured by what we gave up (what it cost us) to obtain it...and not by what we accomplished and/or accumulated.