The Path to Addiction...

"and other troubles we are born to know." 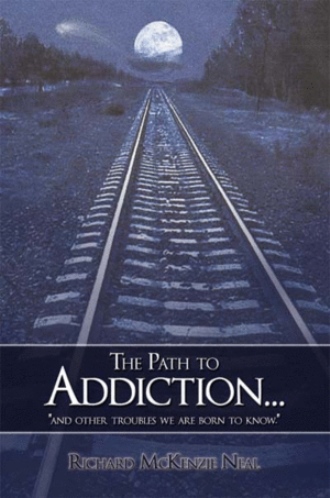 Landon’s addiction, and relapses have perpetuated a seemingly lifelong whirlpool of heartbreaking emotions for those in his life at any given time.  Some have stood by him from the beginning, while others, even though they tried, eventually moved on because the price was too great.  The levels of emotion and the degrees of concern and apprehension have always been driven by the affected person’s history with Landon.  The longer one has been a passenger on that roller coaster (with its highs and lows), the more that person fears for the worst.  Gage is a young passenger and believes that Landon will be fine.  Julie has some experience with addicts (but not heroin) and believes that Landon has the desire and willpower to get off at the next station.  I, on the other hand, am one of the longtime riders and know that time is running out.  It has been a twenty-year nightmare and I have tried hard to believe that, just maybe, this time things will be different.  I actually thought that the first book (Fridays With Landon), with his name and face on the cover, had provided the motivation for him to move forward, and leave the past behind.  I don’t want to be viewed as a doomsayer, but history and the time remaining do not bode well for my son.

Today (October 2, 2006) I received a sickening phone call informing me that Landon’s situation had escalated from bad to dire.  His tipping point probably occurred a few weeks back and he was just able to maintain (through deception) the appearance that he was on the road to recovery.  But the sad truth has now reached the surface and is screaming for retribution.  As I questioned in the beginning…he did, in fact, embezzle from his employer.  His former boss is now demanding $3,500, or he is going to the police.  Landon, of course, has no money, and our/his family is not going to bail him out.  If we buy his way out of this current crime (and a violation of his parole), we will just be providing him with yet another stepping stone to his next addiction-driven crime.  And Julie will (at some point) be forced to jettison him for the survival of her own family unit.  As callous as it may sound, the reality is…that at this point, prison is the best place for him.  If he is allowed to remain on the streets, and that’s where he’ll land, there will be few avenues of escape.  His options will be severely limited and his addiction will dictate.  At this point, Landon has no control over his life; the “other Landon” may well determine whether he lives or dies.

The first book’s live date (September 6, 2006) and Landon’s relapse date (conjecture) were running on parallel tracts, side by side…when they collided.  I’m sure he was proud of the book and his prominence in the storyline as he anxiously waited for his day in the sun.  I’ve been told there were evenings at home when he would read some of the original letters to Julie and the boys.  Even as Landon has lost his direction, he has given me new direction.  I know that I must continue to follow and document.  I cannot standby and allow the world to view Landon as a worthless, thieving, heroin junkie (general perception).  I must tell his side of this endless nightmare.

While this book is technically a sequel, the hope was that there would never be reason to continue the first book’s storyline.  That book was left open-ended because we can never be sure of an addict’s long-term sobriety.  Given the longevity of his addiction, his drug of choice and history of failures, the probability was high that my son could relapse again.

He had been clean and sober for 30 months (18 months in prison and 12 months back home) before his regression was triggered by a prescription pharmaceutical.  Vicodin was prescribed and that led my son back to the streets for methadone and from there it was just a matter of time before reconnecting with his old friend, heroin.

My son’s meltdown and the mind-numbing ugliness of the fallout are documented in-depth, during the early chapters of this book.

In an effort to better understand the profound difficulties that addicts struggle with, and why they seem powerless to control their lives, the mid-section of the book is devoted to research.  The book covers addictions in general, the history of worldwide drug usage, the pros and cons of the various treatment programs, the debate over the difference of opinion regarding the numerous models, the causal triggers and the pharmaceutical companies.

Every addict has two personalities, but the general public only sees the manifestation of the unsightly one…the good one goes unnoticed, even when they’re clean and sober.  The indistinguishable one is no different than you or me; he’s just overpowered by his unwanted tenant…addiction.  I’m trying to point out that no one “wants” to be an addict.  Once clean, the addict knows that he must always be strong and vigilant because his co-pilot is always waiting in the wings for his chance to once again, take over the flight controls.

One should never equate education and/or intelligence to wisdom…

Richard was born in Hope, Arkansas (Bill Clinton’s boyhood home), in 1941 and his father was gone prior to Richard turning two years old.  He never knew the man, but attended his funeral as a sixteen-year-old.

Before boarding a Greyhound bus for California, at seventeen, Richard knew two stepfathers and a number of others who were just passing through.  During those teen years, before succumbing to the beckoning allure of the outside world, Richard worked at an assortment of low-paying jobs.  Summers were spent in the fields…picking cotton and/or watermelons and baling hay.  He also worked as a plumber’s helper and a carhop at the local drive-in burger stand.

After dropping out of school, eloping and landing in California, he soon realized how far out of his element he had ventured.  And without the guidance of his “Constant Companion,” Richard would have spent a lifetime floundering in a sea of ignorance and ineptness…and this book would not exist.

This is Richard’s second book driven by his son’s heroin addiction.  He had hoped not to author a sequel, but the first book (Fridays With Landon) was left open-ended due to historical concerns, which resurfaced.  For 25 years the family has endured the emotional highs and lows associated with the chaotic, frustrating and more often than not…heartbreaking task of rescuing one of their own, from the always ebbing and flowing tide of addiction.

The intent of this book is to bring closure…one-way or the other.  The author advances several possible scenarios for the ending of this, his last book.  But only one of those possibilities is favorable…

Both books were written after retiring from a very rewarding, thirty-six years in the oil industry.