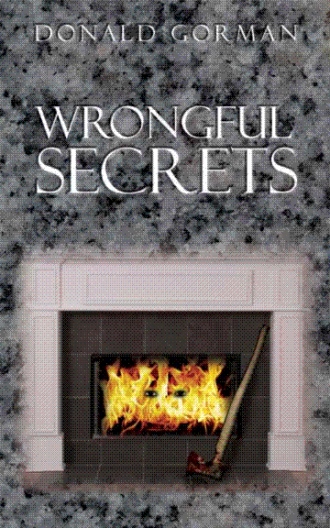 Then with blood dripping from the blade, he carried the axe to the door.  He was careful to open it quietly.

The hallway was lined with inadequately spaced night lights.  The occasional glow of these scant lights gave an eerie quality to his path.  Shadow dominated light as he walked.

It didn’t matter.  He didn’t need to see.  He cautiously made his way down the hall.

It felt as if he had traversed this path before.  He just walked…very quietly.

The beautiful stairway stretched out before him.  It was just where it was supposed to be.  He started to walk down the steps to the second floor.

There was an old man on the stairs.  A farmer.  It didn’t bother him to see the old man.  He had seen him before.  Although it was the first time he’d ever seen that farmer without an axe in his hands.

This time, he held the axe, as he walked downward….

…Down to the second floor.

The same dim, eerie lighting met him on this floor.  Still, he knew his way down the hall.  He walked slowly, with a deliberate stride.  He walked steadily to Room 8.

He was still carrying the axe.  A few drops of blood still dripped from the blade.

Finally, he found himself standing in front of the door to Room 8.

He reached out to the doorknob.  It felt cold in his hand.  It turned easily.

Somehow, he was not surprised that the door was unlocked.

He pushed the door open.  He entered the room.  As expected, everything was dark.

He closed the door for privacy.  It was easy to find the bed.  The rooms were nearly identical.  Besides, this room seemed to have borrowed the same gaunt wisps of stark moonlight that had illuminated the bed in Room 29.

A fatal fire takes three lives and destroys a supposedly haunted house that has been abandoned for over 100 years.  Leon and Carol Gould buy the property years later.  They build a small hotel over the charred remains.  As a novelty, they hope the site’s haunted history will attract guests.  However, it stops being a game when their young son, Adam, is linked to a mysterious death at the inn.  Although the police are quick to blame, nothing can be proven.  Matters turn even worse when the boy is connected to additional curious fatalities!  An occult expert speculates that a power struggle between supernatural forces has endured on this land since ancient times.  If he’s right, must find a way to save his family, his guests and his hotel…especially when it becomes evident that Adam is being used as a tool in this unholy conflict!

Donald Gorman was born in on September 25, 1961.  He grew up in the nearby small town of .  He attended and graduated in 1979.  He now works for The State, and resides in upstate NY.  His fascination with the horror genre began at an early age while watching slasher movies in the ‘70s.  He has been known to say, “I find the swift, blinding, gratuitous violence and carnage very soothing and relaxing.  Nothing calms me down after a long hard day better than senseless bloodshed...and lots of it!”  But, he’s probably just kidding.  His other six books with Authorhouse offer more proof of his commitment to the grotesque and morbid hostility.  Be sure to look into: The Brick Mirror, The Waters of Satan’s Creek, Macabre Astrology, A Grave in Autumn, Deliciously Evil: A Cookbook for Killers, and The Red Veil.  We all hope he will be scaring us for many years to come.