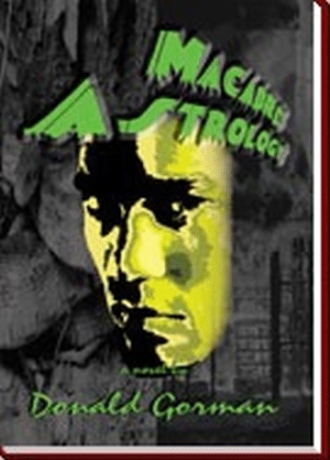 She  was  upstairs preparing to make dinner for her husband.

She  had  no  way  of knowing that two tables downstairs hadstarted to burn.

The  source  of  the fire was unclear.  There was no reason. However,  narrow  ribbons  of  fire spread along the carpet until they reached the walls.  Then, the walls instantly ignited.

The  flames  grew  hot and angry.  Furious shades of red and orange  whipped  upward  toward  the  ceiling.  Merciless daggers of  blazing yellow tore through the empty room.  Building blocks, toys  and furniture were being consumed by tall, ravenous flames.

She  was upstairs.  She was in the kitchen.  She was humming a  tune  from  her childhood.  She was about to preheat the oven.  Then, she thought she heard something.

There was no answer.

She went to the kitchen door.  Again she called, "Bruce?"

Again there was no reply.

Then,  she  saw  it.  Her eyes gawked in fear.  She screamed at the terrifying sight.

The  walls  were covered in wild, taunting flames.  Curtains were being reduced to ash.  The sofa was a raging inferno.

Smoke and fire were everywhere.

She  was  in  panic.   She  looked  around for an exit.  The front  door  was  an  obstacle  in  flames.  Huge pillars of fire engulfed  the  entire  room.   Red,  burning shards lashed in all directions.   Flames  crackled  loudly  as they ate everything in their path.

She  glanced  behind  her.   The kitchen was already falling prey to relentless fires.

Theresa Boyette witnesses the death of her husband Michael.  and Cobbler head the murder investigation.  The widow feels that Michael’s spirit is trying to contact her.  On a whim, she visits a psychic shop with her daughter Emily in search of the truth.  A strange “Doctor of the Occult” named Vernon Grainey tells them of  an alternative form of Astrology that can do more than just tell them what they want to know.  It can also help to take revenge against the perpetrators!  The police investigation appears to turn up more questions than answers.  Despite Emily’s objections, Theresa puts more stock in the eerie claims of the mysterious paranormalist.

With The Doctor’s help, Theresa races against the detectives  to discover who murdered a seemingly innocent man.  Emily keeps denying she has any interest in Grainey’s nephew.  Still, she struggles with the question of whether this Astrology of the Macabre offers a legitimate solution. . . . or if it’s just a dangerous hoax!  No one knows  what secrets  the murderers are trying to hide.  Only one thing is certain.  If they killed once, they won’t hesitate to stop anyone who threatens them. . . .no matter what it takes!

Donald Gorman was born on in .  He grew up in the nearby town of .  A near-fatal disease during infancy left him partially paralyzed on the right side of his body.  He showed an early interest in writing and art.  He has dabbled in music, painting, cartoons, poetry and prose.  Following high school and a few years in local colleges, he went to work for The State of New York in .  He still pursues some of his lifelong hobbies, but his first love is writing.  He derives a strong satisfaction from writing in his favorite genre. . . .horror and suspense.