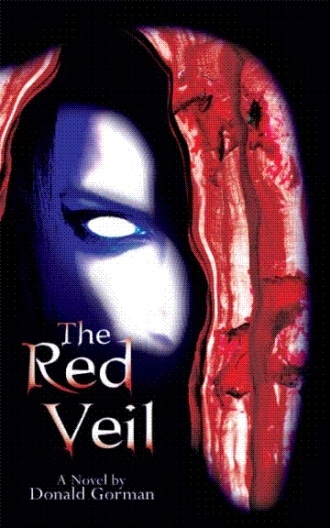 It was another golden sunset.  A few clouds splashed gray streaks against a canvas where orange and pink came together to form colors no artist could devise.  The sun looked big, fat and proud of itself for providing another bright, clear day.  Still, it was ready for a short vacation somewhere beyond the horizon of Thorn Ridge.

He drove his car down a long highway as the sky began to grow dark.  Traffic was moderate.  His route was laid out comfortably before him.

He was tired.  He was a bit aggravated.  It had been an exhausting day.

He needed to get into the right lane.  He planned at getting off at the next exit.

He checked the traffic.  He glanced in the rearview mirror.

His path was clear.  He pulled his car into the desired lane.

Everything was fine.  He yawned.  His eyes were tired.  He was sick of watching the road.  He would be slowing soon.  He needed to check the traffic behind him.

He looked in the rearview mirror again.

Unfortunately, his view was blocked by a shadow.  The shadow appeared to be sitting in the back seat of his car.  It looked as though it was wearing a bridal veil that had been doused in blood.

He gasped with shock.  He involuntarily steered the car off the road while slamming on his brakes.

The car screeched as it spun off the road.  It was out of control.  The soft shoulder, grassy verge and trees rapidly approached the car as the tires skidded noisily beneath him.

Trees were approaching too quickly.  The car began to turn sideways.  His heart was racing.  He put everything he had into standing on the brakes.

Finally, the car came to a halt.

He didn’t think he hit anything.  However, his vehicle was clearly off the road.  His heart was still pounding.  His breathing was heavy and labored.

He nervously glanced up into the mirror.

A beautiful, young bride is murdered at her wedding reception.  The next day, one of the wedding guests makes a terrified call to her boyfriend, Neil.  She claims to have seen a shadow wearing the blood-covered bridal veil found at the murder scene.  Then, the girl disappears.  There are many suspects in these two tragedies.  Maybe it was Peter, the groom with the wandering eye.  Perhaps it was Michelle, the Maid of Honor who seems a bit too fond of Peter.  Maybe Neil found out his girlfriend’s secret. Perhaps it was the angry psychiatrist, his wife or her new lover.  Most people think it might be Dylan.  He’s the creepy office worker with a few unnatural, disturbing tastes of his own!

The police must work their way through a growing number of shady suspects as rumors fly and tempers flare.  But when more veil sightings and deaths occur, everyone must consider the possibility that nobody wants to face.  Perhaps the bride has come back from the dead to take revenge on those who have wronged her!

Donald Gorman was born on September 25, 1961 in Albany, NY.  He grew up in the nearby small town of East Greenbush, where he graduated from high school in 1979.  He has attended a few local colleges, although he has never earned a degree.  His extensive travels in the northeast also include Montreal, Chicago and Milwaukee.  He currently resides in upstate NY and works for The State in Albany.  His love for the horror genre began while reading Stephen King novels and watching slasher movies in the 70s and 80s.  His first five novels: "The Brick Mirror", "The Waters of Satan's Creek", "Macabre Astrology", "A Grave in Autumn" and "Deliciously Evil: A Cookbook for Killers" are all great examples of his work as well.