a Tale of Elves and Dragons 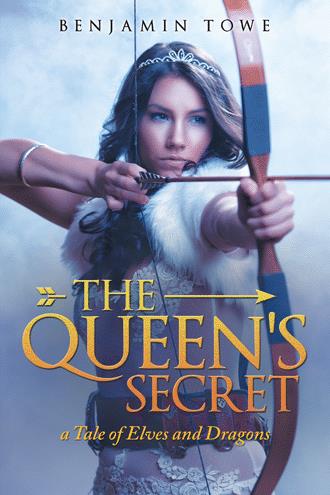 Cellexa dropped on the comfortable bed and stretched his aching muscles. The young king's thoughts raced. Were his thoughts his own? What were the bounds of the ancient Dragonlord's powers? Xollos implied his telepathy spell had limits and required his total concentration. Still he had managed to transform the young drakaina to the exact visage of the Gray Elf Myrrhna. Did he do this merely from visions he'd seen in Cellexa's mind? The result was so precise. The Dark Elves had seen the transformation of Potbelly to old man persona. Although he was physically transformed, Potbelly retained much of his dragon abilities. Xollos said the young drakaina was fully a Gray Elf. Might she still spit acid like Potbelly? A knock on his door interrupted his musing. Sore shoulders pushed him from the bed, and he went to and opened the door. The lovely young Myrrhna-drakaina stood in the corridor. Cellexa said, "I'm sorry, I don't mean to insult you or the gracious Dragonlord, and I am honored that you are willing to sleep with me, but I must refuse." The young Gray Elf visage slapped his face and packed a wallop but nothing like Potbelly's dragon blows. She angrily said, "You have a lot of nerve." Cellexa was taken aback and said, "But you offered to…" The Gray Elf maiden persona said, "What are you saying? You are mocking me! Do you think this is funny?" Cellexa said, "Just a short time ago. In the Dragonlord's throne room. The Dragonlord investigated my thoughts, saw a visage that I found lovely, and transformed you to that persona on my behalf. You look exactly like a Gray Elf named Myrrhna." The she-Elf persona blurted, "I am a Gray Elf named Myrrhna!"

The Queen's Secret recounts deeds of elves and dragons in ancient Donothor. Enmity and eye color separate Dark Elves and Gray Elves. Young Dark Elf Cellexa hates the Grays and blames them for the deaths of his father and idolized older cousin. Cellexa's animosity drives him to infiltrate the Grays, where he discovers beautiful Myrrhna. Is his hatred unfounded? The burden of kingship unexpectedly falls on his shoulders. With that burden comes the need to rekindle the mutually beneficial relationship with Donothor's black dragons and gain the fealty of renegade Dark Elf elders. Learned mentors, brave High Guards, and steadfast friends support the young king. King Cellexa makes a perilous journey to treat with the mighty Dragonlord Xollos. Cellexa often thinks of the lovely Gray Elf. Extraordinary events bring Myrrhna and Cellexa together. Can their love survive the ancient enmity between their peoples? Can Xollos and Myrrhna help Cellexa overcome his enemies, unite the chaotic Dark Elves, and save his kingdom?