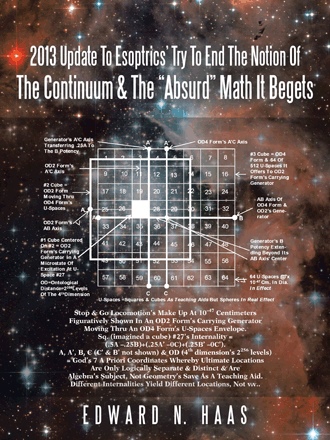 For at least 2,500 years now, one of the most—if not the most—hotly, widely, and often contested issues is the notion of the continuum. It’s a notion which looks upon time, space, locomotion, and change as continuous, which is to say it implies there is no limit to the smallness of the smallest segment of each. Thereby, it necessarily invokes the notion of in¬finite divisibility. The latter then demands mathematical conclusions so mani¬festly self-contradictory, they boggle the mind no less than does the notion of a square cir¬cle. No won¬der, then, they move many a renowned thinker, such as John Locke and David Hume, to proclaim those conclusions “absurd”. See my quotes from them on pages II & VIII.