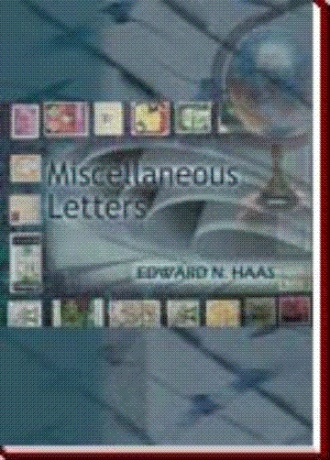 At the last jail visitation, a remark was made which went something like this: "Look how well-adjusted and happy you are." It deserves much commentary; but, I shall try to limit myself to at least some extent.

Rest assured of it: I am far from being "happy". In a world such as ours, how could any one other than sub-moronic imbeciles be happy? Do you realize how many innocent people (particularly children) die violent deaths every day? Do you realize how many children are born every day with horrendous birth defects? How can any one aware of the ocean of human misery swamping every millisecond of world history be happy? No, only those unaware of the incessantly profound depth of human misery could be happy in this world. But, who but brainless idiots and utterly heartless monsters could be unaware of that misery? How could a father with a son in prison be happy, unless he is a consummate phony?

Imagine soldiers on a battlefield. Bombs are bursting all around them, and they are frequently recoiling in horror as they watch more and more of their best buddies blown to bits. Would you waltz in and ask them if they are happy? Not unless you want someone to put a bullet in your sick brain! How, then, is it possible ever to waltz up to any human being anywhere on this planet and ask if they are happy? I’ll tell you how it’s possible: It’s possible if you are too stupid or shallow to perceive the war which is going on around you. Dear God in heaven! As hellish as this incessant war with human misery is, how is it possible for anyone with even so little as a single brain cell to be dense enough or superficial enough to talk about being happy?

No, the soldier on the battlefield is not happy; but, some have better morale than others do? And what is the sign of high morale? Does the soldier with high morale ever skip along gaily singing merry songs and overflowing with smiles and blissful assurances that all is well? Hardly! The difference between the soldier with good morale and the one without it is this: The latter remains permanently curled up in a foxhole while he incessantly sobs about the hopelessness of it all. The former, though, ceases not for a fraction of a second to charge the enemy lines with wondrous energy. For, he is so confident of eventual success, not even fear of death can slow him down one iota. Only cowards and children speak of happiness; the person with intelligence and guts speaks of indomitable determination of high spirits and enthusiasm.

In such a scenario, what does "well-adjusted" mean? It means you are so strong, it matters not how much pain it costs you to be concerned with the misery of others. Though loving others less fortunate than yourself means your whole life will be an ocean of incessant torment, you steadfastly refuse to diminish one iota either the number of those you choose to love or the intensity with which you love them. Your wife may abandon you if you require her to endure another stint of you in jail; but, your father will not. That’s what "well-adjusted" means.

In a world as hellish as this one is, well-adjusted means well adjusted with regard to pain; and so, the well-adjusted individual is the one who plods on to the very end loving as widely and intensely as ever no matter how much pain it brings upon him. In a world as hellish as this one is, well-adjusted also means you fully realize, and fully choose to live with, this all-important truth: Human beings are so preoccupied with pain, you cannot love human beings without inviting a great deal of pain upon yourself. At least, that’s the way it is, unless you imagine that "loving" human beings means annihilating the entire human race. And what a phony kind of love that is! You do not love sado-masochists by "putting them out of their misery". You love them by sticking by them every step of the way as you work day by day striving to lead them out of their sickness at a pace which is at least minimally acceptable to them. Necessarily, that means you yourself must be willing to endure every level of pain.

If you want the supreme example of what well-adjusted means in our world, then look at Incarnate God willingly hanging on a cross. Because He was and is God, He could easily have prevented His torment. But, being God, He also knew this: Human beings are pain lovers, and the only way you can touch the hearts of pain lovers is to let them see you enduring the extremes of pain without giving up on them. Being God, He knew--from the instant of His Incarnation and infancy!--that coming into this world to help humans would mean crucifixion; and yet, He shied not one iota away from the monumental pain He saw coming down the road.

But, why speak of the pain which He foresaw coming in His thirties? What you perhaps fail to realize is this: Even from the first instant of His Incarnation, He took upon Himself so great an emotional attachment to all other humans, that there was never a moment in the course of His fleshy life in which His heart was not crucified. Seeing how fascinated with pain we His children are, how could His heart not be torn to ribbons every moment of His life on Earth? For all of that, He most willingly embraced decades of incessantly excruciating pain. Only a truly "well-adjusted" individual could make and never abandon such a choice. Ask virtually any parent who truly loves a child rejected by most as a hopeless case. That parent can tell you the whole story of what "well-adjusted" means.

To be sure, the phonies tell you that a truly loving God would never have created pain loving types. Yes, their "truly loving lover" denies existence to all but a narrow band of personality types. The rest, he "lovingly" annihilates. It is all too obvious where such types are really "coming from": They are not out to save others from pain; they’re out to save themselves from the pain of loving creatures of pain. They pant to be equal to God in merit. Alas, they can’t fail to see the awesome truth which says: He who loves even those it’s very painful to love is a far more noble being than one who loves only those it’s totally painless to love. It is wholly obvious to them, then, that, if they are to be equal to God in merit, they must be willing to love even those it’s very painful to love. That, though, they are by no means willing to do. How, then, shall they "have their cake and eat it too"? Even a dimwit can figure that out rather quickly. All you have to do is to say that a truly loving Go 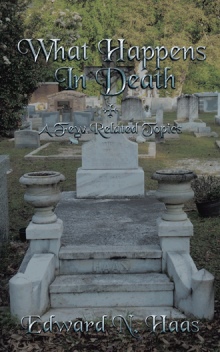 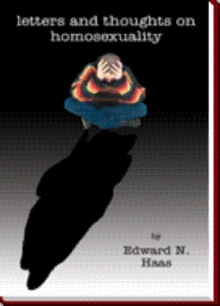 This is a collection of fifty-one letters written between February 1982, and February 2001. They were written by a semi-reclusive bachelor now (2001) sixty-five years of age and having no formal education beyond high school. Notwithstanding that lack of schooling, his mental ability has been outstanding enough to have allowed him to exchange a letter or two with such notables as Carl Gustav Jung, Carl Sagan, and F. Scott Peck.

There’s some small talk about life’s commonplace problems; but for the most part, the letters deal with many of the classical questions raised by theology, ethics, epistemology (i.e.: the theory of knowledge), depth psychology, and cosmology. Some of the issues spelled out in these pages are: (1) how love could lead God to create an eternal hell and a world riddled with pain; (2) how the damned wind up in hell as a natural and welcome consequence of their actions rather than as a punishment forced upon them by an "omnipotent ogre in the skies;" (3) The Incarnation’s dramatic effect upon the meaning of "God;" (4) free will; (5) the nature of knowledge and certitude; (6) kinds of necessity; (7) the love of dialectical vs. the love of empirical knowledge; (8) the meaning of faith; (9) how love of dialectics affects the capacity to have faith; (10) the hidden motivation common to all human beings; (11) how that hidden motivation renders most of us far more infatuated with dialectical than with empirical knowledge; (12) the two opposed kinds of self-esteem; (13) violence against abortionists; (14) happiness; (15) the importance of drive versus that of a high I. Q.; and (16) sanctity according to St. Augustine, St. Thomas Aquinas, and Haas.

However technical these letters may be at times, they are, at other times, highly personal letters in which the author reveals the depths of his heart as well as the labyrinthine paths of his mind. The author, an extremely passionate man, is second to none in exposing his entire self to the light.

The individuals addressed by these letters range from college professors to criminals serving time in prison. None were below twenty years of age, and some were over sixty. Possibly, then most adults will find something in these letters of interest to them.

The author was born April 13, 1936, in New Orleans, Louisiana, and graduated from Jesuit High School, in New Orleans, in 1953. A single fruitless semester studying music at Loyola University of the South in New Orleans was followed by almost two years of floundering in a sea of confusion, and the author then joined the U. S. Air Force on Dec. 7, 1955. Honorably discharged in April of 1960, the author underwent another two and a half years of floundering so severe, he came extremely close to a mental breakdown. In desperation, he gave away everything he owned and, for thirteen years, took to the life of a wandering hermit. In search of as much time and energy as possible for inner reflection upon self, God, and the nature and purpose of reality, he criss-crossed the United States on foot four times. At first, he lived off of whatever food and clothing he could beg; but, after learning how to live on a dollar a day or less, he turned to working at various monasteries in the winter time in exchange for the two to three hundred dollars required to feed and to clothe himself during the next spring, summer, and fall of walking. The monasteries also provided access to libraries in which he could read, and extract notes from, the great writings of the Catholic Church. In the course of that thirteen-year odyssey, there was a four year period during which he refused to speak to anyone (except on very rare occasions) and communicated only by means of written notes.

After his father’s death in 1981, the author took care of his mother until her death in 1996. In this book, the self-educated author of a dozen self-published books seeks to share with others the avenues of thought down which his mind was lead by thirteen years of heroically intense inner concentration followed by twenty-two years of moderately intense inner concentration.