In the Beginning Was the Internet 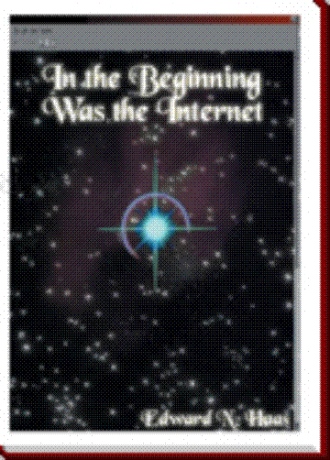 I saw your piece on the Catholic page on the internet, and I thought it might help to point out to you that that it is customary to distinguish three kinds of slavery: (1) retaliatory enslavement, (2) indentured enslavement, and (3) criminal enslavement. The third can also be referred to as kidnap slavery.

Retaliatory enslavement is the kind of slavery enacted against criminals. In the days of the Roman Empire, it was also enacted against the citizens of any country, which violently resisted the Roman authority. The U. S. followed basically the same rule in dealing with Native Americans who violently resisted U. S. authority. Read the thirteenth amendment and you’ll see it forbids slavery and involuntary servitude, "except as a punishment for crime whereof the party shall have been duly convicted." In brief, then, retaliatory slavery in a punishment befitting the crime.

Indentured enslavement is limited these days to military personnel. I was in the Air Force from 1955 to 1960, and your E-mail address indicates you are currently in the military. Both of us, then, should be well aware that, when in the military, you are by no means a free man. I will not bother to elaborate. Up until about the last 200 years, indentured slavery was often the only way some people could survive; consequently, most societies did not limit the arrangement to soldiers contracting with a government. It is not exactly rational to judge the economic miseries and remedies of bygone centuries by today’s standards, particularly when indentured enslavement still exists in the military. In brief, then, indentured enslavement is a contractual agreement to which the slave and slave holder both agree.

Criminal enslavement or kidnap slavery is today and always has been recognized as evil by the Judeo-Christian ethic and has been denounced as such from the earliest times. After all, it implies neither a punishment befitting the crime nor a contractual arrangement.

In the case of black slavery, it was commonplace to assume blacks were not human beings and, therefore, the act of enslaving them was no more criminal enslavement than was the act of yoking oxen to a plow. Because it baptized blacks from the beginning, the Catholic Church, at least at its highest level (the Papacy), denounced from the beginning both the criminal enslavement of blacks and the notion that they are merely animals.

It might also help to bear in mind that religion is designed primarily to help us cope with a problem far more serious than that of living together in love and harmony. Religion tells us that our most pressing problem by far is the all-revealing light which will confront each of us in death. In that light, nothing will be hidden; consequently, we and all around us will see things about ourselves, which will be more unpleasant than we can currently begin to imagine. As a result, without a special grace from God, each of us will react to that light either with an eternally lethal grief (if our only sin is the original sin inherited from our original parents) or an eternally lethal hatred (if we’ve added mortal sins to the original sin inherited from our original parents) for that light which shall have exposed us.

To help us with that problem, religion assigns each of us a job to perform for Incarnate God. If we perform that job reasonably well for Incarnate God, then the sight of that job well done for Jesus Christ will atone for all the other unpleasant stuff, and we will be able to cope with the all-revealing light. In order to give us as many opportunities as possible to do something really valuable for Him, Incarnate God left a lot of moral principles stated in a rather flimsy manner, so that we could then have lots of opportunities to work out and refine for Him how to express those principles to others in a way which they can understand rather easily.

Wow! That was fast! I guess my E-mail is getting to where it is supposed to go. Isn’t clarification wonderful?

For all of that, I still take issue with your assertion that St. Paul did not prohibit slavery. As I tried to point out to you in my first E-mail to you, kidnap slavery is the only form of slavery, which is condemned whether by the Catholic Church, The Constitution, and perhaps the vast majority of moralists. Where did St. Paul specifically prohibit kidnap slavery? Nowhere that I am aware of; but, he didn’t have to. As with abortion (another topic St. Paul never mentions specifically.), kidnap slavery is, on its face, contrary to the law of talion (i.e.: the law of fair exchange). After all, in saying "an eye for an eye, and a tooth for a tooth," the law of fair exchange effectively but necessarily says this: "The punishment must not exceed the crime." In turn, that necessarily says this: "Unless there is a crime or some kind of contractual arrangement, you shall not enslave another." Those are moral principles so tightly joined together and oft repeated by scripture and its commentators, that neither St. Paul nor anyone else should need to repeat them. That’s one of the reasons why even Our Lord did not mention abortion, euthanasia, war on non-combatants, slavery, and a host of other specific injustices.

Incidentally, even if every book in the Old and New Testaments had forbidden slavery in no uncertain terms, it would not have prevented black slavery. As I pointed out, many, if not most, who engaged in that trade were "sincerely" convinced that blacks were not human beings. As the U. S. Supreme Court expressed it in Dred Scott V. Sanford:

How revealing to realize the Justice who wrote those lines was a Catholic. There was an additional problem: Among those convinced blacks are human beings, many felt it was not the place of government to interfere in commerce, even where that commerce involved the unlawful enslavement of blacks. We say the same thing today. Most Americans view the fetus as a person but believe abortion rights should be left alone on the grounds that government ought not to interfere with the pregnant woman’s right to control over her own body, even where that self-control involves directly killing an innocent human being.

The "institution of slavery permitted by both the Mosaic Law and the law of the Roman Empire" were apparently similar in the TITLES they invoked to justify slavery; but, they were not remotely similar in what they allowed the slaveholder to impose on the slave. The Roman slaveholder could use his slave as a sex toy or cook him for supper. Such could hardly be said of the Jewish slaveholder. Before one makes comparisons between this and that party’s kind of slavery, one should at least know how to compare them both from the standpoint of "Kind Of Titles Involved" and "Kinds Of Treatment Allowed". I have never yet seen a document in which the Church condemns a

In this lengthy book of almost 700 pages, its sixty-four-year-old author has gathered together a few letters, several e-mail transmissions, and several items posted to the internet at a web site known as the Catholic Information Center. These communications took place between November of 1996 and December of 1997, and, in content, each deal with topics, which are mostly theological in nature. For example, faith, grace, secret sins, and the Catholic position on slavery are among the topics discussed.

These communications were part of a series of discussions directed at individuals who, for the most part, regarded the author as a devil out to pervert the teachings of Jesus Christ. For that reason, much in these pages is bitter to say the least.

On the other hand, one will also find in these pages a great wealth of highly relevant quotations from prominent Catholic sources spread out over the entire two thousand years of Catholic history. In one sense, then, this is a markedly detailed stroll down the most famous memory lane of them all, which is to say the one generated by what is--by far!--the most successful institution in history: The Catholic Church.

Perhaps, like the author, you hunger to read not only the Bible but every line ever left to us by every pope and by every council, Father of the Church and Doctor of the Church approved by the popes. But, unlike the author, perhaps you have not the wherewithal to spend decades in the kind of seclusion, which makes it possible to devour hundreds of theological volumes. In that case, you may find this book a tour of just the right length to leave you with this blessing: a satisfying sense of having adequately fulfilled a dream you had long thought would never be fulfilled to any extent this side of the grave.