THE WOMAN HE LOVED 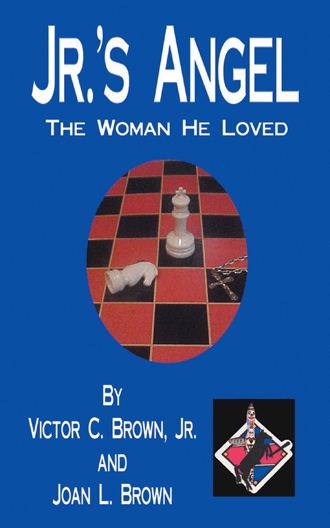 Finally the session was over.  Coach Wolf came into the lobby.  As he walked by me, the aura of alcohol enveloped him.  He looked grubby.  Nothing could help those blood-shot eyes.  Everybody crowded around him, parents and kids, from the youngest Mites to the oldest Midgets.  The crowd thinned as the exhausted skaters emerged from the locker room.  They bought soft drinks and left quickly.  I wondered if they were too drained to get into trouble.  Maybe hockey was a deterrent to teenage difficulties.
A few parents, mostly moms, remained and continued chatting.  They were out of the coach’s earshot.  One woman was fixated on his eyes.  She felt he had x-ray eyes that could see through a person.  Others were annoyed that the coach was going to take off a week to go downstate for snake hunting.  As much as they complained about his roughness with the boys, they didn’t want another coach.  Because the repartee grew a bit louder, the coach heard the women discuss his abuse of referees.  His language towards most officials was offensive yet colorful.
As Coach Wolf finished his coffee, I got up my courage and approached him.  “Excuse me, Coach.  My son is a Bantam and as I was waiting for him, I heard the other parents say that you were about to go snake hunting.  I’m a schoolteacher.”
He interjected, “Oh really?  Like I couldn’t tell that?”
I was miffed.  What did he mean by that?  Was he making fun of me?
He continued, “I’m not into your son’s grades.  All I do is teach hockey.”
“No, no, no.  I heard you were going snake hunting and I was wondering if there’s a possibility that you could bring back a snake’s head?  My students are only seven years old.  They don’t believe me that a snake’s tongue isn’t dangerous.  I’d like to show them a snake’s skull with the fangs.  Seeing is believing.”
The coach thought to himself, “There’s a lot of tongues wagging in some neighborhoods that are more dangerous than a water moccasin.”  He became surprisingly soft-spoken, “Okay, Mrs. Schoolteacher.  I’ll bring you back one.  But it won’t be for a while.”
Then I knew he wasn’t making fun of me.  Why was my being a schoolteacher so important to him?  I wouldn’t know the reason until later.
The next time I saw him was two weeks later at the ice rink.  His arm was swollen and black-and-blue.  Could it have been the result of a bar fight?  Alas no, the parents were buzzing how Coach Wolf had been bitten by a snake because he was doing some schoolteacher a favor.
Feeling guilty that my request had been the cause of his problem, gingerly I approached him and prayed he wouldn’t fly off the handle.  He was a perfect gentleman, never mentioning his arm.  I apologized for causing him such pain.  He was so polite that I couldn’t resist bugging him.  Innocently I inquired, “So where’s the snake’s head?”
He looked up, rolled his eyes, and said, “I didn’t get him.”
We laughed and my apologies flowed.  He sarcastically ended the conversation, “I hope you have a bunch of Einsteins.  Maybe they’ll grow up to be hockey players.  Instead of hitting their opponents, they’ll bite them.  Who knows, with all the marijuana in their mouths, the bites would be as bad as snake venom.”  Then he chuckled to himself.
What was his problem?  I was trying to thank him.  What a jerk.  The hockey moms mentioned he was a Native American.  Were all American Indians like him?  He started me thinking of a Native American boy in my class, Michael.  The coach stared at his cup of coffee, signaling the conversation was over.  Once again I got up my courage and broached the subject of an underachieving student in my class.  “Coach Wolf, the other moms say you’re a Native American.  Can I ask your advice about an Indian student in my class?”
His eyes looked at me as he listened.
“He’s very bright, but he simply won’t do his homework.  He’s being raised by his grandmother and is so quiet.  He’s very selective about making friends.  I don’t know enough about American Indians and their culture.  Any suggestions as to how I can reach him?”
The coach wasn’t annoyed with my question.  He explained that when an Indian boy is in trouble, it’s a sign of respect not to look at the adult.  Indian culture demands that the prize must be earned: an Indian doesn’t accept an outsider’s gift.  Since most Indians are artistic, art may be the means to turn him around.
I mentioned that the little boy had the most horrible handwriting and didn’t draw at all.  But he loved music and I was teaching the class musical theory and to play the recorder.  “Do you think if I make a deal that he can play the recorder only if he does his homework, he might go for it and actually do his assignments?”
The coach started laughing as he remembered that as a boy, his handwriting was the worst in the class, and that stigma stayed with him all his life.  “I know it will win.  I changed my mind about you.  You’re not one of those modern schoolteachers.  The old ways are the best ways.”  The coach respected me for trying to help this little boy.
Michael went for the deal.  He wanted to play the recorder and did enough assignments to qualify.  His grades slowly rose and at the end of the year, he made the honor roll.  I never suspected that Coach Wolf had the same problems, and then some, as a boy.

How did an angel enter Victor Wolf’s life? The answer was simple…at the hockey rink when a little schoolteacher asked a favor of him: to bring her the head of a poisonous snake when he went snake hunting. She didn’t look like an angel. The deep discolored circles under her eyes reminded the coach of a raccoon. She looked as though she hadn’t had a good night’s sleep in a while. The tough hockey coach didn’t look much better. He also had circles that everyone said were from too much nightlife. They each had their dark secrets.

Jr.’s Angel intertwines the coach and the teacher as they reveal details of their pasts. The coach played a chess game with God for much of his life. As the game neared its end, the coach realized that God would always be the Winner. As though to make amends, God sent him the only woman Victor Wolf ever really loved.

The file cabinet is nearly empty, although a few notes remain. Now I had begun to store my notes that covered twenty years of my life and adventures with my husband.

As I filed some papers, I came across a book by one of Vic’s favorite authors, Ernest Hemingway. Hidden inside was a quote by Hemingway, “Every man’s life ends the same way. It is only the details of how he lived and how he died that distinguish one man from another.” This folded scrap of paper held a clue to Vic’s philosophy. Vic loved Hemingway because the man wrote about how he had experienced life. Vic knew the best fiction had to be based upon reality and experience. Vic’s notes and writings revealed how he lived life. But his life held sorrow and disappointment, until he met the woman who introduced him to the concept of love. Vic’s story had left many unanswered questions. This book fills in the missing gaps of many characters.

Jr.’s Angel is a tribute to love, a word that a tough guy couldn’t speak until he fell under the influence of a little schoolteacher who had been abused and put in a corner. She survived somehow. Once she met the tough guy, she flourished. The two found each other: warrior and angel. Unselfish love and dedication allowed each to thrive. He became her true love and hero; she became his angel on this earth.