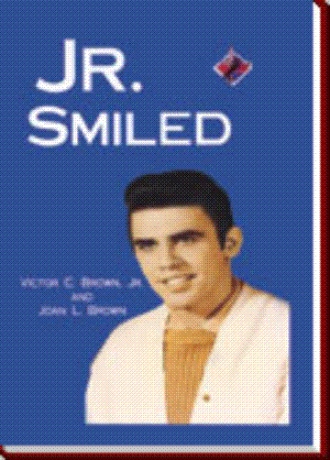 (One of the sessions with the psychiatrist--)

"What the f--- do you know about my Grandfather?"

"I have my own theories about your Grandfather, Victor. He wanted an island. He got his island, but he got lonely on it. He had a grandson who was capable of being just like him: no pain, no one could bother him, no compassion."

"He had more compassion than you could ever imagine. He loved me."

"Oh, he did, did he? Suppose you couldn't perform for him. Suppose you were a weak Indian boy who was too much white." In a loud voice, he continued, "Would he have loved you?"

Victor blew it. The smile came over his face. "He's no worse than anyone else. I have to perform for everybody. Do they love me? Suppose I didn't have the athletic talent." Victor paused.

Dr. Benzini was on a roll. Victor was on the ropes. "Don't forget the writing."

"F--- the writing. I was happier when I couldn't read. You know, I was so hungry one time in Michigan. I didn't care about Christmas, because it didn't exist. I went to a Christmas party for us poor kids. You know what they gave me, doctor? Books about the Civil War. Now I can read, I know all about the Civil War. But you want to know something? At least a slave had a name, even if he was a slave. Who am I? For four years I had to keep quiet that I'm an Indian. My Grandfather must be rolling over in his grave. I had a black friend who I cherished as my brother. He had to get a girl friend, then he had to get a car. Then sports didn't mean that much any more. Then he died on me. You only burn me once, doctor. Since my father hit me when I was thirteen, I swore I would get even."

This is our third book published by 1stBooks Library. I say ours, meaning me and the filing cabinet above, which holds notes, unfinished stories, pictures, and mementos belonging to my husband. I found it in his basement when we were married. Curiosity compelled me to look inside, and I discovered fantastic stuff that he wanted nothing to do with. Rather than discard it, I pieced it together into Jr. Smiled. I can understand why he wanted nothing to do with it –the nightmares that never go away. But the material was too good not to let the world see what neglect, cruelty, and abuse could do to a child. As a schoolteacher, I feel the world should know.