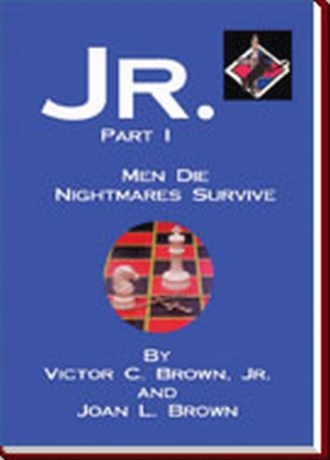 Bobby knew the horrible way he’d be killed if he were caught, but he chose to stay with Victor.

“I don’t think you can take this pal,” Victor said.

Victor gave him a smile.  “Okay, we’ll see.  Start taking off all your clothes.”

Night fell as both men stripped, then crawled to the pit where the chopped bodies of the Green Berets were.  All Victor had was his magnum and a flare gun.  Bobby had only his bayonet.

They situated their bodies in the pit with the dead, allowing the dead to camouflage them.

That whole night Bobby couldn’t believe what was happening.  But he knew it was real because there was blood dripping through his nostril and it wasn’t his!

He wished he had some heroin like Victor had in him!  Victor just laid there as though it were an everyday occurrence.  They remained motionless all that night and part of the next morning.

Suddenly they heard a noise, and as it got louder, they saw three choppers coming in with food for the villagers.

Bobby thought he felt the movement of a severed arm in front of his face.  It was Victor moving as he took his flare gun and fired it at one of the huts.  Charlie thought it was a rocket from the chopper and started firing at them.  The choppers took off as fast as they could.

As Victor and Bobby laid with the dead till nightfall, they heard Charlie butcher the rest of the villagers. Charlie had to take it out on somebody!  He had failed!

As the darkness took over, Bobby and Victor crept out of the pit, with blood and guts covering them.  They were very quiet, each with his own thoughts.  Nothing was said till they found a camp, then Victor spoke, “Even Charlie wouldn’t lay with the dead.”  Victor laughed at this, but Bobby didn’t think it was funny.

When the guards at the Green Beret camp saw the two naked, bloodied men, they were shocked!  They realized they were Americans and let them enter.

Victor talked to the major about the Green Berets that were butchered and gave the location.

The major put his head down.  The victims were his men!

When Victor finished his report, all the major said was, “If you ever need a job, I’ll hire you.”  Victor gave him a smile.

The major saw to it that both men got cleaned up and had a chopper fly them back to their camp.

Once again the information was sent into headquarters by the major.   Again Capt. Carter was complimented on his two brave soldiers who had saved a few choppers.

Jr. accepts the phrase, “A man alone on an island.”  Jr. is the man who pushes every living thing away from him.  But, he picks the wrong island.  Vietnam has too many things going in it.  His hatred develops into love; the love evolves into damnation.

Jr. Part I exposes a side of war no one wants to think about.  Jr., a.k.a. Victor Wolf, is a Native American warrior fighting for his country in an unpopular war.  His childhood torments haunt him.  Victor Wolf must assume leadership or he and his friends will not survive.  Victor Wolf becomes a machine, using any and all tactics to complete his missions.  The machine cannot be disassembled and repaired.  Men die, but the nightmares survive.

Victor C. Brown, Jr. will always be a mystery. A pack rat saving mementos, half-finished manuscripts, and notes. Yet, even today he will not pick up and read anything he’s written, as though they’re sealed in a vault. He’s told the world, “It’s none of your business.”

Joan L. Brown, his schoolteacher wife and curious research rat, went into the files and wove together the bits and pieces she found into compelling stories. She may have been a flower child, but her outlook on war has changed. She now understands how might makes right.