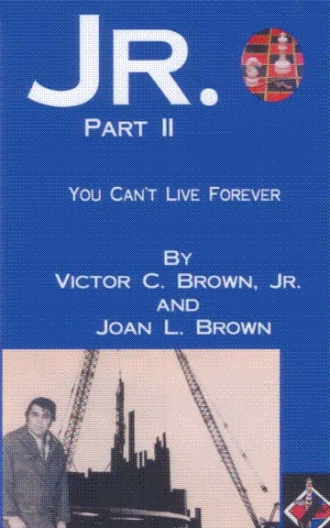 Victor Wolf was slowly recovering from the head injury he had sustained in a bar fight.  While confined on 7-West, the psyche floor of the hospital, his sense of humor was emerging.

After dinner, the visitors began arriving.  The buzzer announced each person and all went well until the microphone went haywire.  Edie, the head nurse, didn’t understand what the other person said.  The male voice on the opposite end didn’t comprehend her Filipino accent.  Frustrated, Edie went to the locked door.  She recognized the visitor as someone for Victor Wolf and admitted him.

Once Eskimo was situated at the long table across from Victor, he handed over the goodie bag sent by Aunt Jenny.  In his indecipherable voice, Eskimo greeted his friend, Jr.

Jr. unpacked the gift, placing ribs and homemade fry bread within arm’s reach.  As usual the old pile driver helped himself to some of the food as they talked.  They relived some of their pile driving adventures.  Eskimo ticked off Jr. by saying how he would have done the job and done it better, and that the foreman didn’t know shit.  Jr. explained that the job was done the right way.  Eskimo’s squeaky high-pitched voice was heard above everyone’s.  Edie observed them and concluded it was a hearty discussion, nothing violent.

Eskimo couldn’t win.  Jr. had gotten his blood boiling and Eskimo needed a beer.  He left a short time later.

As soon as Eskimo was gone, Victor walked with the leftover food to the nurse’s station.  “Hey, good-looking, I got a little gift for you.  My aunt makes the best fry bread.  These ribs are good, too.  But you should put them in the refrigerator.  I want to call my aunt and thank her.  Would that be okay?”

Edie smiled, took the food, and handed Victor the phone.  “Do you know how to get an outside line?”

As soon as she was out of earshot, Victor pressed the button of the direct line to the security guards.  “This is 7-West.  One of our patients has gotten off the floor.  He’s about sixty-two years old, wearing a dirty fedora, checkered shirt, and muddy work boots.  Consider him violent.”

This book is about a person’s brain and how it thinks.  Consider the captain of a battleship in the ocean dropping anchor without knowing how deep the water is because no one knows the deepest parts of the ocean.  It is the same with a person’s heart.  What makes a man love and not love?  Or is there a compromise?  People go to psychiatrists to search for answers about themselves.  But then there’s the man who doesn’t want to know the truth.  The one thing the man knows is that he has a Creator greater than himself.  He can identify with that.  But he can’t identify to the world who or what he is.  This is what Jr. Part II is about.  Jr. returns to Chicago.  His friends and relatives welcome and accept him, but his parents despise and fear him.  Why has he returned?  No one understands what is going on in the depths of his heart.  Will he succeed in exacting his revenge?  Will he find peace with his Maker and himself?

I stayed away from the computer room and the file cabinet because my husband’s health and needs took a lot of my time.  But like a magnet, the file cabinet attracted me.  It seemed to say, “Open me.”  I opened the drawers.  The notes and files were harder to comprehend.  As for myself, I started to understand this man to whom I was married.  He can be so stubborn when I give him his medicines or take him to the doctor.  But I still love him. I know something the world doesn’t know: how warm his heart is.  I did not try to change him when I married him.  But I truly didn’t know what I’d gotten—he was then and is today a real mystery.  The file cabinet has revealed some secrets, but there are parts of his past no one will ever know.