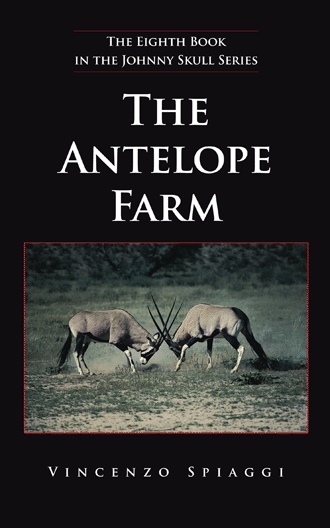 Jack froze the president’s face on the computer‘s screen, showing that snarky grin and Mussolini-like posture and arrogance that had become the hallmark of his public persona. “Ah yes, his ol’ buddy Frank,” Jack said to the group. “Frank Marshall Davis, our dear-and-glorious-leader’s communist mentor. The president’s grandfather, a leftist himself, wanted the young president-to-be to have a father-figure-of-color to guide him along the radical path to adulthood. So he chose his good friend, Frank Davis, to nurture the boy on the evils of capitalism and the wonders of fascistic statism. The president’s mother was a leftist herself, so she was happy with her father’s choice of Davis, especially because her communist husband – the president’s real father – was off spreading his own brand of rot-gut philosophies hither and yon. “No president in the long history of our republic has had a mentor like Frank Davis. He was an actual card-carrying member of Communist Party USA. Davis was considered so suspicious by the FBI that he was placed on the federal government's Security Index, which meant that he could be immediately arrested if war broke out between the United States and the USSR. With that sort of pro-Soviet influence throughout his adolescence (1970 through 1979), our present president would normally have had trouble getting even a security clearance for an entry-level government job, let alone sit in the Oval Office. Nonetheless, he sits in the Oval Office today thanks to three factors: a misinformed and imbecilic American voter, a scandalously biased media, and a skillful election strategy charted by his Chicago-style thug campaign staff and Vespa Jiggs. And, of course, let’s not forget his skin color. If he were white, he never would have gotten the nomination in 2008. He was a historical novelty. And throw into the mix the influence the communist Saul Alinsky had on the boy wonder, and you realize that it would have been a miracle if he did not turn out the way he did. “As a young man, the president-to-be was sent to universities where his contempt for America was reinforced. He moved to Chicago and took up with the likes of the terrorist Bill Ayers and his equally whacko wife, Bernadine Dohrn, and the Islamic extremist Rashid Khalidi; and, we must not forget, the church of the Very Reverend Jeremiah Wright. Through Vespa Jiggs, he was introduced to the ruthless world of Chicago-style politics. What a fortuitous mix of opportunities for the young boy-genius! “This is what we have as a president, ladies and gentlemen: a radical ideologue who despises America and its founding. He is, indeed, the Pied Piper of Chicago, and the rats who follow him now, will follow him forever, no matter what he does to insult their ‘elitist’ sensibilities. His early mentors were so very good at what they did; and, like a sponge, he just sucked it all up, mainly because there was no one around to reset him onto the right path. Is it any wonder, then, that everything about the president’s radical background signals his visceral contempt for America – its culture, its values, and its free-market economic policies. His unmistakable goal is to chop America down to size – an America that, in his view, has been too big for its britches for too long, too selfish to those in need, too exploitative of third-world nations, too unfairly wealthy, too arrogant … and too free.”

The president’s friends, top advisors, and co-conspirators are disappearing at an alarming rate. With the 2012 election just around the corner, and with his key people nowhere to be found, the president is concerned that, without them, he will lose his bid to serve another four years, thereby foiling his efforts to destroy the United States from within. Only the organization known as WI-7 knows where they are. In an effort to destabilize the president’s re-election campaign, the international anti-terrorist group not only kidnaps those people who are important to the president, they also uncover a network of ultra-radical jihadists who are working toward the violent overthrow of the United States. “Book number eight in the Johnny Skull series brings us even closer to present day. Johnny Skull and WI-7 are trying hard to save the day and the USA. Spiaggi weaves a particularly gratifying fictional story. But wait ... is there some truth hidden here? And a little blooming love story keeps it all engrossing. Read it, you’ll love it!” Mary Jones, Literary Consultant “I’ve come to love Spiaggi’s characters. They are real, strong, cunning, and funny. And there are new and compelling personalities in every book.” Anthony Cantu, Literary Consultant “Johnny Skull and his friends do it again! Bravo!” F. X. Quilici, Literary Consultant