a novel of revenge 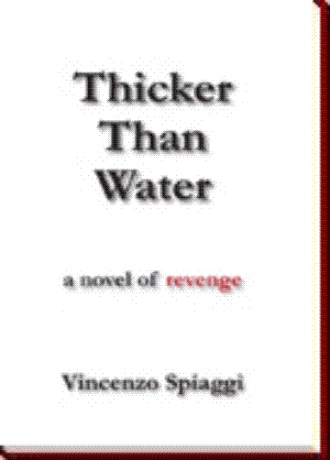 Snow was falling on for the first time in six years. It was a freak storm that began quietly over the , collected moisture and increased speed over the , then barreled across southern into . A low-pressure trough over the eastern then sucked the storm southwesterly over the soon-to-be independent State of Israel. In the end, the storm will have dumped twelve inches of snow on , almost two feet in the high country near Rosh Pinna, and nine inches of rain on the coastal cities of Tel Aviv and .

Tuvia Zafrir stared out the window trying to put out of his mind the thought of the traffic jam that would follow the storm. He had more important things on his mind. It was the first time he’d made an in-depth review of Mikhail Ayalon’s report since the winter of 1940, and his own plan of implementation had been his passion and source of intellectual stimulation for more than seven years.

Only a Jew, he thought, in a country about to be tossed into endless turmoil, could ever conceive of such an outrageous scheme. He was proud of his plan just the same. He only hoped he would live long enough to witness its final success.

Tuvia was to be the Chief of the Israeli Strategic Applications Division (ISAD) of the new Ministry of Paramilitary Planning. ISAD would be the troubleshooting division of the Ministry. With his heritage, training, and experience in taming the desert, this logistical genius was the ideal choice to mastermind this undertaking.

He recalled that late summer day almost nine years before when he received the urgent telegram from his friend Lazarus Abrahamson. When they met at the small airstrip near Rehovot, just south of Tel Aviv, Tuvia could see the excitement in Laz’s eyes even before they were close enough to embrace. Their meeting lasted two and a half hours, then Laz boarded the plane and flew back to .

Tuvia had been astounded by the magnitude of the potential uranium discovery as outlined in the report Laz had left with him, and by its potential impact on a part of the world moving ever closer to war. He was aghast by the stories Laz related concerning the death camps in , and he could not believe the theoretical destructive force behind the atomic bomb the Germans were trying to develop.

The report was concise. And, while most of the geological jargon was foreign to him, he was intelligent enough to realize the strategic importance of the uranium, and pragmatic enough to know it would take one hell of a plan to secure this treasure from the Syrians.

In 1939, a Jewish geology student discovers a large uranium deposit in western Syria. Knowledge of this strategic treasure is kept secret until the birth of the Jewish state in 1948, when a complicated plan is set in motion by an Israeli mastermind to steal the uranium from the Syrians. This is the beginning of a multi-layered odyssey of familial discovery, terrorism, love, and revenge. Set in the Middle East, Sicily, New York City, and the western United States, and spanning three centuries, “Thicker Than Water” is a four-book tale of a family of Sicilian Jews and how they deal with ancient and modern vendettas.

The author, a native of and a graduate of The City University of New York, is a geologist, journalist, fine arts photographer, and screenwriter. He has lived and worked throughout the , in and the . He currently resides in rural upstate .