Time To Lean, Time To Clean 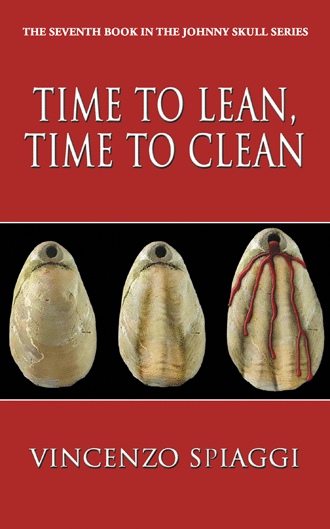 During that middle-of-the-night time period, Vespa’s psyche was attacked by her own personal demons-of-the-night. In the dark, those pesky little spirits attacked her every time she was about to achieve sleep, keeping her awake with thoughts of insecurity and doubt and betrayal.


The reason we sleep at night is to avoid the pummeling of the insidious and confusing thoughts and ideas and concepts that linger in the dark, just waiting to pounce upon our conscious psyches in order to torment us to no end. These are devilish thoughts that usually live in the shadows of the bedroom, unfettered by the heat and light of the sun and the tempering intellect of our waking spirits. Thoughts that make macro-mountains out of micro-molehills; thoughts that blow everything out of proportion and force us to go crazy with anxiety and make our brains go gooey … and worse, forcing us to make bad decisions.


Lying there in the dark, allowing the demons of the murk to play billiards with our imaginings, is about as terrifying as it gets. And the more we chew our imaginary, ever-burgeoning mental cud, the harder it is to fall asleep, making things even worse, making our anxiety even more hellish – all the while our eyeballs are gaining in density and gravity, making it even more difficult to fall asleep.


These are the feelings of “The Twilight Zone,” the bad dreams we don’t mind having while we’re sleeping, because we know they are, indeed, just dreams. But having these weighty feelings while we’re awake, in the middle of the night – when we’re supposed to be nodding off, when we’re supposed to be replenishing ourselves for the next day’s experiential harvest – tends to shake and disintegrate the very foundations of our soulful moorings, the ones we expect to keep us connected to heaven and earth and God.


These are the things of which television soap operas are made, and the reason so many of us can identify with those stories of high drama and human absurdities. For it is the television soaps that bring to life the worst of our fears that fester in our minds in the middle of the night and the wee small hours of the morning when sleep is out of reach, when we are vulnerable to the machinations of the devil, and when we are on the virtual brink of insanity.


Sleep is the only escape, and the only temperance; and, when it doesn’t come, we flail helplessly and fall prey to the dragons of the darkness in the canyons of our mind’s carnival, creating a nightmarish reality of our lonely and eternally solitary spirits. It is these dark demons that reveal to us the stark difference between the concepts of solitude and solitary. For, when those forked-tongued demonic serpents attack, there is no cure, except for the sunrise and the quasi/pseudo-sanity it brings; that is, if you slept at all. And if you hadn’t, the wounds remain open, uncleansed by the disinfectant that the gods and goddesses of sleep usually bestow.


Without the safety of the morning’s natural light, these demons played games with Vespa’s thoughts, driving her to the limits of her own sanity, like eerie banshees screaming in the night, tearing her senses apart, allowing her mind to visualize the most dastardly deeds by those she thought she trusted. It was in this mental state – with the exhaustion of the cranial membranes that barely kept her mind intact – that she awoke at six-thirty that morning, after earning a mere ten minutes sleep.

Interwoven between scathing indictments of the American president and international jihadism, is a story of terrorism, foreign intrigue, incompetence at the highest levels of the American government, and creative patriotism.


Vespa Jiggs, the president’s puppeteer, is not who she seems to be. Following the secretive path of her own agenda, she is planning a catastrophic event that will forever change the world’s political course. But the killing of Osama bin Laden – an action she vehemently opposed – causes her to change her plans when one of her angry operatives talks a little too freely about her planned terrorist event to the wrong people.


And once again, Johnny Skull and his friends rise to the occasion to save the world from the forces of evil.

“The newest book in the Johnny Skull series is fast-paced and hard to put down. It has everything from espionage to suspense to political diatribes all mixed in with a variety of interesting characters, including women capable of slaughter. Keep ‘em coming, Cenzo!”


“Once again, Spiaggi has whipped up an incredible scenario that will have you turning the pages until the very end.”

Bruce Rubin - pen name Vincenzo Spiaggi - a native of New York City and a graduate of The City University of New York, is a geologist, novelist, journalist, fine arts photographer, and screenwriter. He has lived and worked throughout the United States, in Canada and the Middle East. He currently resides in rural upstate New York.