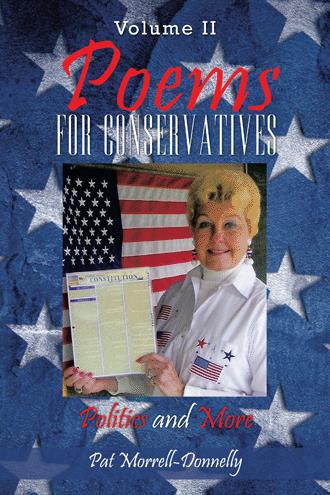 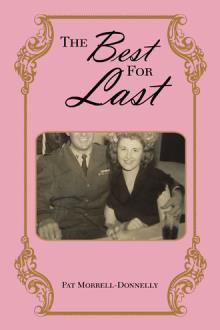 The Best For Last
Pat Morrell-Donnelly
£9.95 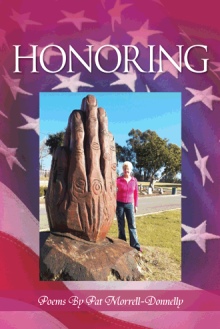 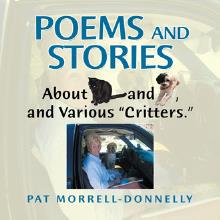 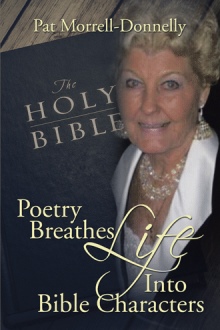 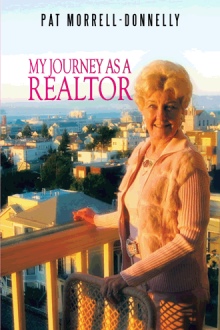 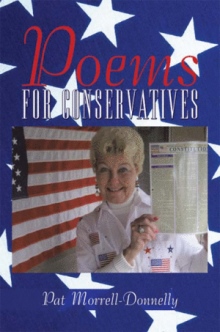 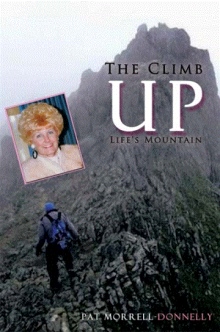 Pat Morrell-Donnelly’s “Poems For Conservatives” book is a part 2 or sequel to her first “Poems For Conservatives” book published in 2010. Her first book contained post cards and letters from three former Presidents and a First Lady in response to poems Pat had written and sent to them. Both books contain political-type poems. Poems in her sequel, her second book, Pat wrote between 2010 and 2022. In 2015 Pat had hip replacement, and her husband had a massive stroke. There did not seem to be time or inclination to write. In 2021 Pat’s husband passed away, she moved, again, leaving little time for writing. Pat feels at her age, these last days of her life, she needs to get the poems into a book or they will die in her computer when she passes away. They will be lost and gone forever. Perhaps in distant future years there will be those interested in events that occurred in our country’s previous years. Thoughts in rhyme makes it easy to read. The poems speak to events, and about those in power at different given times. The poems reveal what was happening, politically, through those years. Questions to ponder: Did parties in power serve their constituents or was it about power and greed? Sadly with the Biden Administration it was the latter plus utter incompetence. Were “powers that be” abiding by the Constitution? Were they interested in limited government or about controlling people’s lives? Did they believe in free speech and the 2nd Amendment? Did they believe in abortion? Did they believe in free enterprise, free market? Were they for or against redistribution of wealth? Most of these things are concerns of Conservatives. Most have heard the three most important things in life are God, Family, and Country. These make for a strong, free America.

Pat Morrell-Donnelly, poet, author, publisher of eight books. Pat has written over seventeen hundred poems. Her second “Poems For Conservatives” book is a sequel or part 2 and is Pat’s eighth book to publish. Pat was born in Texas, raised during the 1930’s depression era. Her family had little in the way of material things. There was no indoor plumbing, running water or electricity. The toilet (outhouse) was “out behind the house.” During World War II Pat’s family moved to California. Pat was fourteen. She immediately found a job in a cake and cookie factory, attending school four hours a day, working four hours a day, Saturdays and summers. Most of Pat’s education came from the “School Of Hard Knocks.” After graduating high school at age sixteen Pat was able to work full time. There was no money for college. In those days it was understood if one wanted anything monetarily in life you must work for it. There was no welfare or “give away” programs. No “free lunch.” Pat then worked various jobs such as office work, modeling in San Francisco, Oakland, Los Angeles, working fifty one years as a Realtor in the Bay Area near San Francisco. Starting with nothing but hard work, some knowledge, borrowing on one property to purchase another, Pat was able to acquire twenty eight rentals. In the nineties during a real estate downturn in California she got “up side down” owing more than the properties were worth and lost them all. Pat holds the unique distinction of being the only member of S.A.C.B.O.R to be honored “Miss Realtor” in a contest in 1960. Pat has had articles and poems published in the RealToro Magazine, SACAR Realtor Guide, SACBOR TODAY, real estate publications. Pat writes “Personalized Poetry” about people’s lives. She has had over forty poems read at funeral and memorial services. Pat has known many different challenges, problems and losses. Through those adversities and difficulties her faith kept her going.