Overcoming Your Losses, Giants, and Mountains 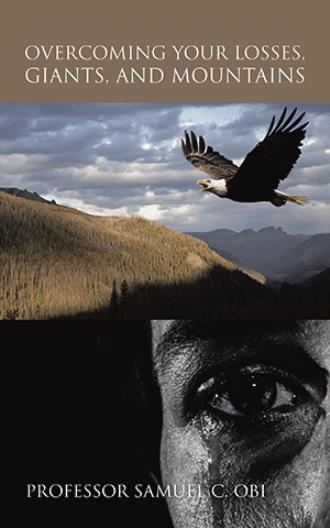 Going through a life- or career-threatening crisis can devastate anyone. People have lost their lives, careers, or businesses because of problems generated by different forms of crisis. As this book was being written, so many national and international crises were taking place. For example, the President of the United States of America was going through a senate trial that could lead to his impeachment, a former basketball super star died with eight others in a helicopter crash in Southern California, the COVID-19 plague had killed thousands of victims and afflicted numerous thousands in the quarantined city of Wuhan in China, and the world was alarmed about the potential spread of the virus to other parts of the world. This virus problem alone generated so much world-wide fear and anger that the United States decided to evacuate some Americans from China. At the same time, there were numerous other accidental, intentional, criminal, and natural deaths taking place around the world. On a local level, different communities were dealing with various other similar career, health, safety, and life issues. The results are that millions of people would be left to deal with the aftermaths of these crises in the end. And yet, millions of people have gone through different types of crises and survived them. Losses can be categorized as human losses, health-related losses, time losses, economic or monetary losses, business losses, career and job losses, professional losses, sociocultural losses, and losses due to natural disasters. While some of them tend to share common boundaries with others, they all have peculiar characteristics that make them unique by themselves. History shows that mankind has experienced these losses for as long as man has inhabited the earth. From the time of creation to this our present time, every generation has experienced these losses. Sometimes, these losses can be catastrophic and may drastically alter the way we live. But sometimes, they result in positive redirection of our lives. Per most dictionary definitions, the word “overcoming” literally and practically means succeeding in dealing with a problem or difficulty, defeating or prevailing an opponent, overpowering or overwhelming a situation or challenge. Our problems, difficulties, opponents, situations, or challenges are different for each individual in terms of their nature, types, and sizes. Even when they are the same, some people are not equally prepared to face or manage them. Therefore, with respect to our contemporary life challenges, which are represented by our losses, giants, and mountains, overcoming really relates to anything we are pursuing in order to attain success in life. Metaphorically speaking, overcoming can be achieved by outsmarting the challenge, successfully going through it, killing it, flattening it so we can walk over it, destroying it, toppling it, throwing it into the sea, sailing over it, scaring it off, burning it off, or removing it from our paths. The term “giants” is generally used to describe oversize problems that are too difficult for humans to overcome. In biblical times, the term was used to refer to a group of people known as the Nephilim and the descendants of Anak, people historically noted for their very tall and large build. Naturally, they were stronger than the average human who generally feared them in society. Giants are fearsome in nature. They tend to go after their victims to scare, hurt, kill, and cause pains. People and problems who are more powerful and who are against us can be described as giants. They are usually more powerful than those they are fighting. The biblical David prayed to God to deliver him from his powerful enemies who wanted to kill him. Giants have evil intents for their victims; they promote and foster fear on them. Some examples include Goliath and the six-toed giant described in 2 Samuel 21:20-21, tyrants, terrorists, dictators, bullies, gang leaders, abusive bosses, racists, armed robbers, kidnappers, extortioners, corrupt officials, and others of similar attitudes. The term “mountains”, on the other hand, generally means large landforms that rise steeply above the surrounding land, usually in the form of a peak. They are always higher than other known landforms such as hills, mounds, and dunes. Because of their sheer size, they are often used to describe human problems of unimaginable proportions. Mountains tend to lie in the path of people. They tend to be there to block people’s progress. Their intent is not necessarily to kill but to block the victims from reaching their goals. Mountains represent monumental problems too big or difficult for humans. Some examples can be found in difficulties people encounter pursuing their career and financial goals, working towards their ambitions, as well as navigating challenges in education, health, marriage, business, relationships, and a host of other areas. Giants and mountains of life are similar in many ways but can also be different in some ways. For example, while they both are generally perceived as blockages to people’s progress, giants tend to be mobile while mountains tend to be stationary. Mountains tend to induce their victims into giving up because of their overwhelming appearances, but giants tend to inflict pain, fear, and intimidation on their victims. In biblical times, giants exerted formidable fear on their victims. When the twelve spies that Moses sent to spy on the Promised Land gave their report, they emphasized that All the people we saw there are of great size. We saw the Nephilim there. We seemed like grasshoppers in our own eyes, and we looked the same to them (Numbers 13:32-33). This report terrified the Israelites so much that they considered stoning Moses and choosing another leader who would lead them back to Egypt. Some of our problems are like giants and mountains by nature. When Job lost all his children, servants, and animal possessions, and was inflicted with the disease of boil, he indeed wished he had died at his birth (Job 3:11). When some people lose their jobs, they tend to panic, feel terrorized, get depressed, and react in many other terrifying manners because of fear. 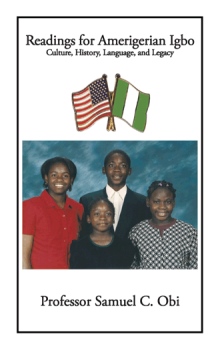 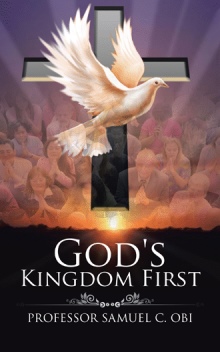 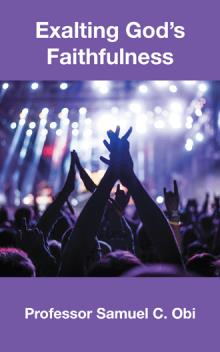 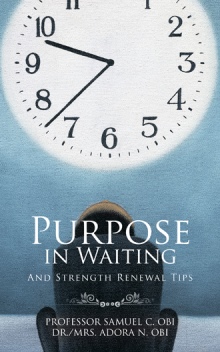 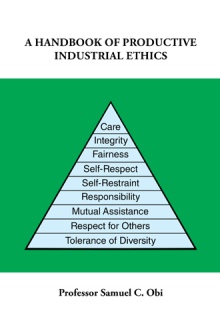 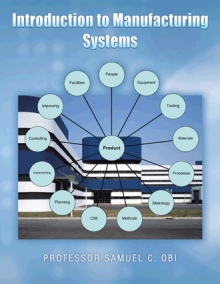 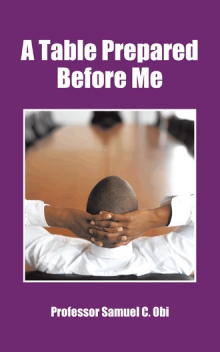 A Table Prepared Before Me
Professor Samuel C. Obi
£9.14 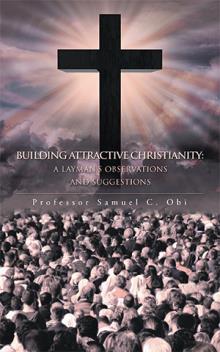 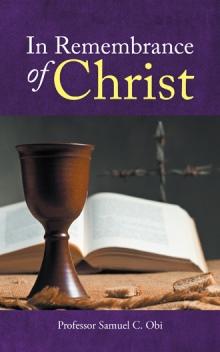 Intended to inspire, deliver, uplift, enlighten, and encourage, this book shares some godly ideas and principles on how to resuscitate from the ashes of one’s losses and challenges, and to resurrect and blossom into a fuller, richer, and happier existence as intended by our Creator God who wants us to have life and have it more abundantly. The human journey on earth is dotted with experiences of difficult challenges of losses and intense encounters of unexpected barriers. While some sojourners face more of these challenges than others, everyone experiences them in one form or the other. This book is meant for all the individuals who are experiencing bereavement and grief; personal, career, job, or business losses; social, marital, or family-related losses; fortune or monetary losses; health-related losses; time-related losses; and or giant- and mountain-like challenges in their lives. Chapter 1 introduces the topic of overcoming your losses, giants, and mountains, including descriptions and definitions of different types of losses, giants, and mountains. Chapter 2 focuses on the painful occasion of the death of a loved one and some recommended steps to follow to make the experience more manageable, meaningful, and productive. Chapter 3 discusses how to deal with people's other losses, including career, business, and job losses; fortunes and property losses; social and relationship losses; loss of one’s health; and loss of one’s time. The challenge of dealing with your giants and mountains is discussed in chapter 4. Chapter 5 peeps into life beyond your losses, giants, and mountains and offers some suggestions on how to make that life more rewarding in your walk with God and man. Finally, chapter 6 discusses how to be born again into the Kingdom of God, to assist folks who want to be true Christians on how to get started.

Dr. Samuel Obi is a Professor and Director of Technology at San Jose State University where he has taught since 1989. He also teaches courses in the Manufacturing Systems program in the College of Engineering. His expertise is in Manufacturing Systems, including manufacturing processes, manufacturing planning and control, quality control, product prototyping and development, green and sustainability product design, computer-integrated manufacturing, general material processing, industrial ethics, and technology and civilization. Dr. Obi has helped to found and lead many programs and organizations throughout his career. In addition, he is an active technology transfer agent. His specific research interests are in manufacturing systems, technology transfer to developing economies, and ethics and the technologist/industry. Presently, he is the Trustee of the Rho chapter of the honorary Epsilon Pi Tau, an honorary organization for professions in technology. He also served as the Regional Director for the Honorary for many years. He has served on numerous departmental, college, and university committees as well as being an adviser to various university student clubs. He has also helped to found programs and cultural organizations geared to helping Nigerian and African immigrants adjust to life in American society. Overcoming Your Losses, Giants, and Mountains, which is his 10th book, is written to inspire, enlighten, encourage, uplift, and assist people in their pursuit to confronting life’s losses and intense challenges. It provides godly ideas and principles on how to confront these problems. His other books include: Building Attractive Christianity; Exalting God’s Faithfulness; In Remembrance of Christ; Purpose in Waiting; God’s Kingdom First; A Table Prepared Before Me; A Handbook of Productive Industrial Ethics; Introduction to Manufacturing Systems; and Readings for Amerigerian Igbo. He has also authored numerous peer-reviewed technical articles in his profession, and has presented at numerous professional conferences and events.