Curse of the Quincunx 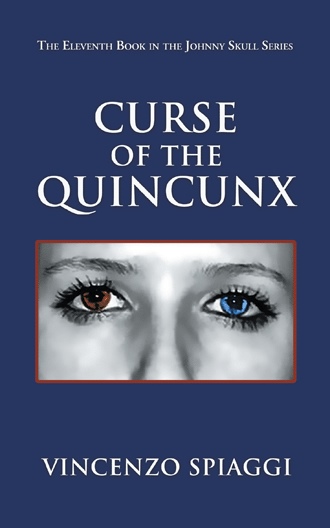 It was 1449, the year the inbreeding began in five particular Persian villages – ancient human enclaves which are now nothing more than mounds of rubble and windblown sand, hardly distinguishable from the surrounding harsh, high-desert landscape. And, while nature’s more destructive elements may have obliterated the physical history of the region’s inhabitants over time, the progeny that sprouted from the wombs of abused mothers during those days of rampant incestuous activity, would infect future generations in ways anathema to most civilized societies. The now-vanished, long-ago villages of Qisaini, Qilo, Qiforu, Qitisinu, and Qiquyu, had been serendipitously arranged in a quincunx pattern in an arid mountainous region in a remote area of eastern Persia, far from the well-traveled Silk Road trade route connecting the Far East to Istanbul, and far from the tempering influences of compassionate human conscience. While the barbaric Islamic hordes of the Middle East were enslaving entire nation-states and their indigenous infidel populations, the isolated villages of the quincunx were designing a method whereby their future legacy would be secured through genetic-purification engineering, all in an effort to perfect their own peculiarly diseased brand of Islam. Named for the five families which controlled the lives of its residents, the villages’ ultra-fundamentalist Islamist leaders conspired to take the Koran’s teachings to even more-evil and more-violent extremes, especially the Mohammedan command giving these mentally twisted criminal elements the license to do anything they could to promote the distorted virtues of the then-eight-hundred-year-old religion’s concept of superiority over all others. To that end, each village nurtured the malevolent idea of forcing the most evil of its inhabitants to procreate with one another in order to pass on their evil genes to succeeding generations – even if the inhabitants of each particular village were related to each other – all in an effort to foster the eventuality of a hoped-for, worldwide Islamic caliphate of brutality. They believed that only the most evil of their brethren could be successful in their holy task; that is, they wanted to be the vanguard of the coming of a bloody paradise. And they believed that, in time, they would produce a nucleus of remorseless killers to do the evil will of Allah and Mohammad ... even if they would be somewhat genetically defective due to their tainted chromosomal fabric. And because their fanaticism took precedence over their good sense, mothers and sons, fathers and daughters, sisters and brothers, aunts with their nephews, and uncles with their nieces, all took advantage of the twisted philosophy of the quincunx villages and began producing the myriad issue of incestuous couplings, all in an effort to purify their evil genetic traits. Only those offspring who survived birth without visible physical or mental defects were groomed to be as evil as their forebears; although none would ever be totally free from defect.

During the Middle Ages and after two hundred and fifty years of inbreeding, this geographically isolated community of genetically diseased killers is all but destroyed by an earthquake. Its few survivors scatter to the four winds and resettle afar. Now, a mad man tries to resurrect their lineage, hoping to recreate an army of mercenaries from what remains of their genetically noxious descendants. Waiting for them are the agents of World Interconnect (WI-7), who attempt to stifle this deadly march of evil. WI-7’s quest is international; its failure would be catastrophic.