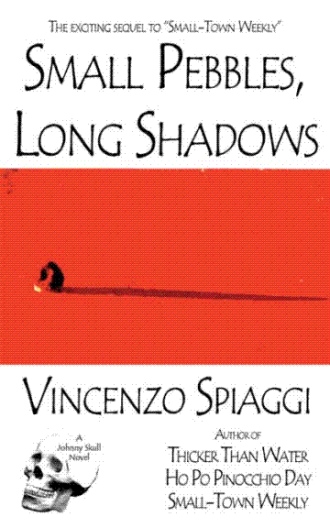 tepping carefully in the dim light that filtered through the brown, dust-laden air, a twelve-year-old Palestinian boy stumbled onto the pile of rubble that was once the house of his father and mother. The youngest of six children, and the only child still living at home, he’d seen his hillside home explode before his eyes as he hid just inside the opening of a cave across a narrow valley.

He didn’t quite understand what was happening to his little world, but he did remember the Catholic priest telling his parents that the growing conflict was between the Muslims and the Jews, and that their family would not be harmed if they just stayed at home, prayed to Jesus, and let the warring parties fight it out.

Earlier, when the bombs started exploding on the hillside north of his family’s house, the slow-witted boy ran out of his home, down the slope to the wadi below, and up the other side of the valley to the cave in which he’d played many times with the neighboring children. The memory of his house exploding was something that would remain with him all his life.

It was his birthday party; he was three. His three brothers and two sisters – all older than him by at least seven years – hoisted him up on their shoulders and paraded him around the fenced-in yard in back of the house on the outskirts of the northern Israeli border town of Kiryat Sh’mona. They sang, he laughed, and everyone was happy.

His oldest brother and oldest sister were both in the military, and both were in uniform: Avi in dark green, Yona in beige. They, along with their other siblings – Naomi, ten, Tuvia, twelve, and Shimon, fourteen – were so proud of their baby brother for showing the bravery and strength to make it this far. He was born two months premature, with a heart that barely showed signs of working as it should. He remained in the hospital for the first six months of his life before showing any positive signs of recovering. It was a slow process, his recovery; but by the time he was two years old, although still quite frail, he was almost fully able to do all the things all little boys do: running and jumping, kicking a soccer ball, falling down without crying and getting up again. During that time, his entire family prayed a lot and held their collective breaths every time he laughed, wondering if his heart could take the strain of being such an energetic, happy little child.

Their first kiss, no more than an hour before, was gentle and tender. It was not a modern kiss – one that prescribed widely parted lips, groping tongues, exchanges of heated breath, saliva dripping from sweaty chins, bodies in upheaval against a shadowy wall or in the back seat of an old sedan, limbs flailing gracelessly, articles of clothing flying every which way – but an old-fashioned kiss, soft and sweet and innocent and respectful, closed lips barely touching, nervous arms trembling around timid shoulders, quiet sighs of surrender, two lovers wondering what future possibilities waited beyond this first step together into an unknown world.

A sports reporter is brutally murdered.

The star quarterback at the local high school has a troubling past and is walking an emotional tightrope. His cheerleader girlfriend is bothered by his occasional disappearances.

What is it about the missing editor’s past that leads to the uncovering of a terrorist plot?

New editor Johnny Skull leads the newspaper’s investigation into the previous editor’s disappearance and reporter’s murder, and finds more questions than answers; but finally, all clues lead to a rural mosque and its radical religious leader.