The Inclination to Destiny

Volume IV of the Course Books 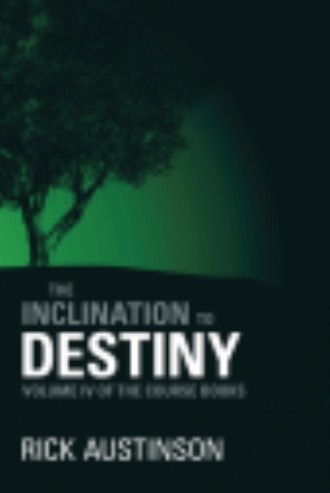 The strong and courageous can define their own destiny, but fate falls on all men unless they fail to act. You can control your own course, but some events, once set into motion, cannot be stopped. As time marches inexorably forward, the ghosts of the past howl louder than ever. Mistakes, left turns that should have been right, and the sanctions of lesser men all come together in a perfect storm of circumstances. The enemy has been known for generations, the seer Hrethrel spoke of him. And the Dragon of the Setting Sun that would face him. Now the day has come, and succeed or fail, the fate of the Multi-Verse is once again in the hands of Hunter Jusenkyou. It’s not fate, fate can be cheated, and destiny forged. But events will come to pass, as certain as the sunset. What happens then? Brave heroes will stand and fight, but the uncertain future, the unstable past, and the certain march of time will lead all things along The Inclination to Destiny.