The Road to War

Volume II of the Course Books 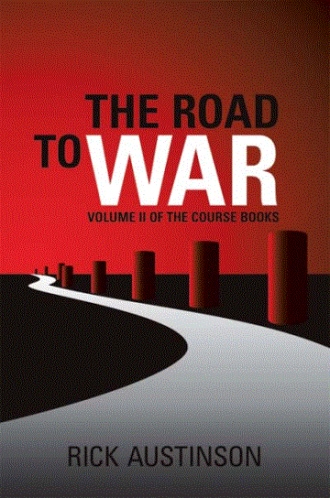 “Lock down all stations, sound general quarters, lay in a course for the star!” he shouted. “We’ve got a radio wave we need to get ahead of.”

“Out run a radio signal, are you nuts?!” J’Nall shouted. “That’s impossible!”

“Inside a solar system?” Cindy hazarded.

“If we don’t, there won’t be a solar system in… one and a half minutes,” Hunter snarled. “Go!”

The Saratoga accelerated, awkwardly, and everyone on the bridge felt a remarkable lurch.

Hunter clutched his own stomach, not sure he’d ever felt quite so sick. Even a second at FTL potentially could be enough, but there was still time required to accelerate and decelerate.

“Take us towards the chromospheres and into the photosphere if you have to,” Hunter ordered. “Con, begin radio jamming on all frequencies—”

“It won’t work captain,” J’Nall shook her head. “The signal covers too broad a range and our own communications are being blocked by the solar radiation.”

“All right, I want options people, and fast,” Hunter seethed. “Failure is not an option.”

“We could use the nova bomb,” Jason suggested. “It wouldn’t save the system but it would stop Typin from spreading the infected code.”

“Prep the bomb,” Hunter ordered. “We’ve got one minute to come up with a better idea.”

“Captain,” Kendrick said carefully. “The radio frequency ultimately affects a geographically small region of the star’s photosphere, which triggers a sine wave between areas of differing density resulting in a sympathetic vibration that spreads throughout and destabilizes the stellar body.”

“So, the erroneous code ultimately acts like a cancerous tumor. We can overload Multi-Spatial circuits to construct a temporary Fernel-Pode bridge and remove the infected material.”

“A wormhole, to suck up the bad stuff,” Jason translated. “Captain it could work. If we remove the target area the wave form of the sun will change by a billionth of a tenth of a percent, when the wave bounces back it’ll have nothing to hit, and the sympathetic vibration will be broken.”

“Do it,” Hunter ordered.

“There is a catch,” Jason warned. “Remember, a sun is a giant nuclear furnace. Every star is a delicate balance between the gravity which wants to make it collapse in on itself, and the nuclear reactions going on inside which tend to want to blow apart. If we remove too much material, the sun could go nova anyway.”

“Do it,” Hunter ordered.

“And how long will the wormhole survive?” Hunter asked.

“About one second,” Jason replied from his console. “Hunter, the multi-spatial circuits on the probe weren’t designed for this kind of thing.”

“Ok,” Hunter could feel the temperature dropping as the tension rose. “Hang on, let me access the probe’s operating system, we’re going to write a new subroutine—what the heck? ‘Warning: System has detected a Registry/configuration error. Choose Safe mode to start with a minimal set of drivers. Please contact your network administrator’? What does that even mean?!”

“Is this going to work?” Jason breathed.

The Road to War is the second in a series of five episodic-collections, chronicling the adventures of one Hunter Jusenkyou. The Road to War tells a story in an unusual way; instead of the traditional linear novel, this book, like the last, is divided into a series of short stories. Stories appear in chronological order, and tell an over-arching plot that is the story of the whole book.