The Concourse of Victory

Volume III of the Course Books 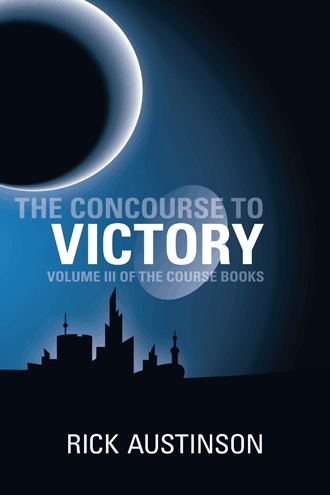 Instructor Johnason walked up and down the line of soldiers, their green uniforms clearly denoting their fighting experience. The first little bit of the school term was always the hardest, as it involved teaching the students all the basics. After they knew the basics, they basically taught themselves. Which left Johnason free to focus on more important things, like crushing their self esteem, and calling them by gender-inappropriate names. “Military protocol,” Johnason began. “Terminology. Definition. D-Day.” “D-Day,” Hunter spoke up. “Term used to denote the initiation of a campaign, or the date of a specific attack, either because the actual date has not yet been decided or as a code-phrase. Correlative: H-Hour, the exact hour on D-Day of the event being planned.” “Excellent,” Johnason nodded. “Now, you little boys and girls are about to participate in a live-fire tactical simulation called Operation Beach-Head. The objective will be to land on the beach and take the coastline. “Questions?” The staging area for the attack was particularly interesting. It was a long pier of sorts, made of polished white stone, and sticking up only an inch or so above the smooth-as-glass ocean surface. Moreover, the doorway they had come through was standing alone, the view into the corridors beyond clearly visible against the slait-gray sky. Simply put, this was very clearly an artificial environment. “You are currently inside a Gudersnipe-built Simulator,” Johnason explained. “The Simulator creates a fully realistic artificial environment, designed to show you what combat is like. “It is a simulation. Simulated bullets can kill. Your simulated enemies will appear real, they will look human. When you see them in your rifle scopes, you will be able to tell whether or not they shaved this morning. When you shoot them, their blood will feel warm. They do have pulses. As they lay dying, they will tell you about their families, ask you to take trinkets to their children. They will beg you for mercy. You must show them none.” The landing ships, which had not been there a moment earlier, let down their ramps unceremoniously. “Take the beach,” Instructor Johnason ordered. “Wait, sir!” Hunter called. “The time for questions is over, Mr. Jusenkyou,” Johnason raised an eyebrow. “Good luck.” With the Instructor now all but checked out, it became apparent that the students were on their own. They all wore Lancer armor, carried Lances, and had been randomly assigned rank insignia. Now, with clouds in the sky, and choppy waves on the sea, the boats began to approach the shoreline.