The Path to Ascension 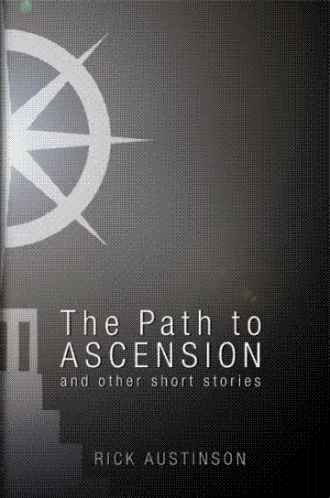 It was the impact, more than anything else that always surprised Hunter. The searing, biting, kiss of hot steel that tore into his chest. The bullet went straight through his body and hardly slowed him down.

Kendrick helped Hunter back up and he stumbled towards the bomb detonator. There was blood, and more importantly air gurgling out of the hole in his chest. As he limped away from the body he noticed a bloody patch on the officers stomach; the second gunshot had somehow hit him instead.

They reached the bomb again and with shaking hands Hunter set to work. The mechanism was simple; a slow charge fast drain circuit would set off all the bombs at once, and that was activated by the simple alarm clock rigged to go off in less than a minute. There wasn’t much time.

“Two wires,” said Hunter. “That’s all it’ll take—there should be two wires that go from the clock to the circuit. One’s a control wire that keeps a constant cycle going between the clock and the cells, if the cycle gets interrupted its game over. The other wire delivers the charge necessary to release the energy. Feasibly it’s a red wire and a black wire.”

“Then we have to cut the red wire,” Kendrick reasoned. “Its simple probability red is power, black is the control.”

“Unless whoever did the wiring had an ounce of intelligence,” panted Hunter. “In which case they would have switched the wire colors.”

He carefully lifted the clock off the top of the cell. Sure enough, there were just two wires running from it into a hole; one was green, and the other blue.

“Or they could try something completely different and throw the old coloring system out,” said Hunter. They now had about thirty seconds left.

He couldn’t breathe. Granted, not being able to breathe for thirty seconds wasn’t too bad, but if it was going to be his last thirty, he would have preferred to be doing something else, like not spending his last half a minute trying to gasp a few breaths.

“Aright,” coughed Hunter. “It has to be the same set up, just with different colors. But which is which?”

“But on what basis?” Hunter was sweating hard. “It could just as feasibly be the blue wire. The chance is fifty-fifty. So we’re left with a simple dilemma: green, or blue.”

“Then cut the green wire,” said Kendrick. “Its mathematically correct.”

“But mathematically,” Hunter’s whole chest was seizing up. “Either one is possible.”

The clock showed only ten seconds.

Beads of sweat rolled off Hunter’s forehead as his cutters paused on the green wire.

“Blue wire.” He said calmly and cut it quickly. The counter timed out and stopped, significantly lacking in an earth-shattering boom.

All anyone really wants is a normal life and a great adventure. Most people will settle for the adventure. Hunter Jusenkyou never wasted time wanting a normal life, because wanting things you know you’re never going to have is pointless.

Abandoned at an early age, this peculiar individual is cunningly intelligent, brutally strong, and not always known for thinking things through. He lives his life fighting for the things he knows are right.

Rick Austinson was born in Tarzana and has lived most of his life in the small bedroom community of . Growing up he was always known for his creativity and imagination, and unrelenting stubbornness.

He began writing seriously in high school, were he discovered that short stories were a lot more approachable than novels, and often entertained his friends with tales of space travel, wizards, and giant robots.

He finished his very first short story with the words “This is part of a larger story that will never be written.” Subsequent stories ended with “may never be written” and finally he dropped the suffix all together when it looked like the story would in fact be written.

When Rick started college, he found a new direction for his creative pursuits: Game Design. He studied Multimedia Development and Digital Entertainment and Game Design at ITT Technical Institute, and now pursues a career in the game industry as an Environmental and Asset modeler, while still writing prolifically on the side.

His 3D artwork can be seen on the web at www.RickAustinson.com, along with samples of most of his writing.

Rick also often talks about himself in the third person.