The Natural Order Of Human Events 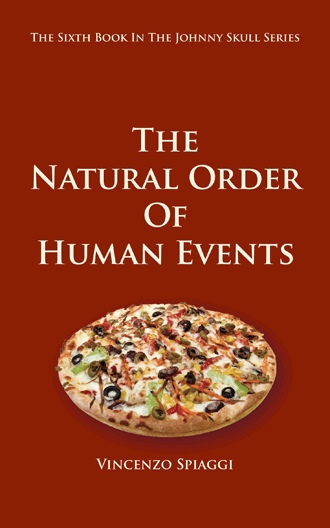 Family members of the Secretary General of the United Nations are murdered in a homicide bombing in Jerusalem. Overcome with grief, the Secretary General then takes his own life. His successor, Mikki Paarsalu of Estonia, vows to reform the corrupt international organization; but during his acceptance speech, he steps on a few toes and makes a few enemies. “Th e Natural Order Of Human Events” chronicles the efforts of Paarsalu’s enemies as they try to teach him a lesson for his public humiliation of them. Those enemies include a powerful mullah at a mosque in Boulder, Colorado, and a Middle Eastern ambassador to the United Nations. Th e story also tracks the efforts of Paarsalu’s friends as they try to protect him from his enemies. Working in his behalf are: Johnny Skull, who is on his own mission of revenge; a U.S. Congressman and an Israeli Mossad agent; Jimmie Masroun, a co-ed at the University of Wyoming, and her Italian cousin Fannie Scalisi; Saundra Jessup and Paul Davidson, reporters for The Sheridan County Sunrise, an award-winning weekly newspaper in the Village of Story, Wyoming; and, members of World Interconnect, or WI-7, an international terrorist-tracking organization, which includes Jenny Jessup, a new recruit. WI-7 believes that the Yemeni jihadist, Abu Zulu, is the man behind the plot to harm Paarsalu … and the hunt for Abu Zulu begins.