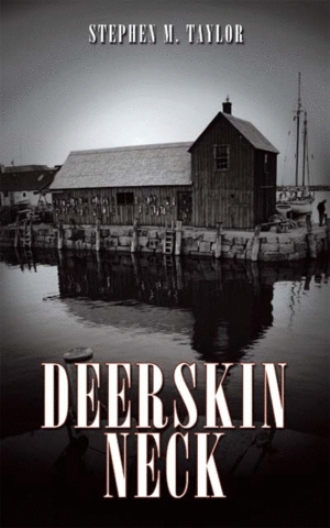 Jimmy deftly gaffed the rope and muscled it into the wench. For him there was an element of excitement in bringing up someone else's trap, which, incidentally, came up with ease. Like their own pots, this one was empty. But there was something peculiar inside. Jimmy swung the contraption into the boat for a better view. He peered inside, flinched and stumbled backward over his prosthesis. "Charlie! Come here!"

Charlie put the Sligo in neutral and removed himself sternward. He, too, peered into the trap, then stepped back, repulsed. "That's a hand, by God, a human hand!"

"That's what I thought, too." Jimmy righted himself.

"What's that on the fingers?" Charlie maneuvered his head in an attempt to get a better view.

"Well get it out of there."

They were both disinclined to touch the object. Reluctantly, Charlie put on a pair of gloves and reached in. He brought it out delicately between thumb and forefinger. He placed it on the floor palm down. "What's that on the knuckles?"

A series of mysterious events occur in the fictional New England fishing village of Stoneyport. Join a pragmatic fisherman, a foxy restaurateur, the town drunkard, and a mentally impaired cleaning lady, as they combine efforts to unravel the inexplicable events unfolding before them. You may never eat lobster again!