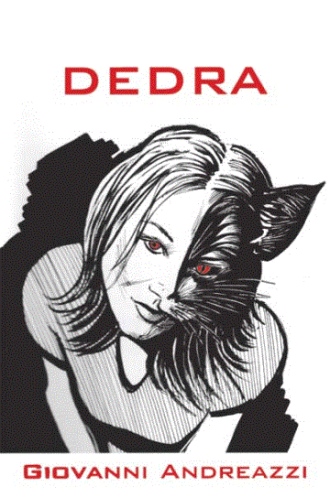 It was the same alley, dark, damp, and close on both sides.  It was quiet except for the drip, drip, drip of water hitting shallow puddles from an earlier summer shower.  He was sweating from the closeness and the humidity of the still night.  There was a dim light ahead of him, and he floated to it, not being able to control his legs.  They were not moving, but he was.  Ever closer, but slowly, he drifted to the light.  The light did not get any larger.  It remained as distant as a star, not moving, not getting any brighter.  Then there were two.  Two lights in the distance.  He could make out a wall at the end of the alley, but the source of the lights was not apparent.

As he drifted closer, he heard the soft noise of padded feet behind him.  He tried to turn around, but couldn’t.  His eyes were fixed on the lights at the end of the alley.  He tilted his head to one side as he noticed a change in the lights.  They were going from white to pink and then to red.  As he got closer, being drawn as if by some magnet, he noticed a glistening.  He also was aware of the patter of feet behind him.  He could not tell how close it was.  Was it a dog, a cat as before, or some other beast?

Then he saw the end of the alley clearly, and on it was a mirror.  As he squinted, he could see the lights were eyes.  The eyes were staring at him.  Piercingly red and looking straight at him, no mistaking it.  The eyes were fixed on him, but there was no emotion in them, the eyes of a cat, unblinking, burning, fiery red.

Strangely, his reflection was not in the mirror.  He was close enough to touch the mirror, and as he reached out, it was gone, and so were the eyes.  His feet hit the ground.  He could feel in control now, but the sweat was pouring off him.  He quickly turned his head around and saw a shadow retreating, back toward the beginning of the alley where his dream had started.

The shadow turned around, and two red eyes looked at him without emotion, and then it all disappeared as he sat up in bed.  The bed was soaked with his sweat.  His muscles were all tensed, and he felt like a compressed spring.  He got up and checked the air conditioner.  It was working.  He got a glass of water and sat down in the chair by the round table his computer rested on.  “Jesus Christ,” he muttered.  “Must have been the Bloody Marys.”

He went to his night bag and took out a bottle of pills he had gotten with the Rohypnol in .  The label read “carisoprodol,” the generic name for Soma, a muscle relaxer.  After downing the pill with water, he crawled back into bed, on the other side from where he had gotten up in a cold sweat.  In twenty minutes, he could feel the drug at work.  He started to uncoil as though a giant hand was squeezing the tension out of him from his head down to his feet, squeezing out the last drop of tension as if squeezing a lemon to get the last bit of juice from it.  He then eased into a drug-induced sleep, dreamless this time.

“In Dedra, by Giovanni Andreazzi, a multi-millionaire mix of Jeffery Dahmer and Ted Bundy is abducting and killing women across the country.  This psycho of a man also spends his time keeping physically fit and traveling.  His home is built on a mountaintop and is completely computer-programmed.  Quite the secure lair for this serial killer!

Soon, in a strange twist of fate, our killer falls in love with the mother of one of his victims, unbeknowst to either of them until later on in their affair.  Then just as the killer is about to be caught, author Andreazzi throws in another twist to the spine-tingling plot, one that includes the killer's attempted escape from the United States while being pursued by his recent lover and the FBI. Will the killer have a change of heart?  Can he somehow exonerate himself?  And what of the love affair that has taken such a drastic turn?  The author tells all, with a talent for continuing his unpredictable surprises!"

Giovanni Andreazzi was born in where, two weeks out of high school, he joined the United States Navy. He attended the at and served as a missile technician aboard the Sam Houston Submarine. Following his service, the author graduated from and began a career with the Army Civil Service which allowed him to get a masters degree from Texas A&M and travel the world. He visited such foreign places as: , , , , , , , , , , , , , , and . Before he retired to write, he worked as a project manager/engineer for the Indian Health Service, building, inspecting, and maintaining health facilities on Indian Reservations throughout the . The author resides in Ohio where he enjoys biking; weight lifting; cooking; jogging; drinking wine; and, of course, writing. His long term desire is to go out of life the same way he came in, "Poor, ignorant, and naked, and two out of three ain't bad."