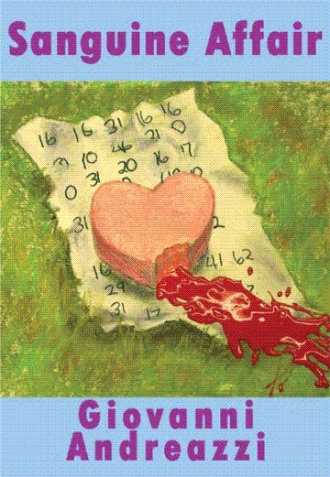 He was cut off from reaching the Hummer.  They were surrounding him like the gulls did, only they were not wanting dog food, they were wanting him.  The only path they left for him to go, the only direction, was into the sea.  The ghoulish parade continued.  He now had no choice but to walk into the gulf.  They were prepared to push, drag, or knock him in that direction.  He knew now the fate of the man who left the note.  He wondered how the man was able to write a note surrounded by ghosts.  Maybe the man knew from some previous experience what was going to happen, or maybe the man believed in the ancient ritual of the Aztecs.

Whatever it was, no one would ever know his own fate.  They would find his Hummer abandoned, find out his despair at losing his precious , and assume he took his own life.

As he entered the water, he saw a benign look on the faces of the souls around him.  The water was cold, but somehow inviting.  He waded deeper into the calm of the gulf.   His knees, his waist, his chest, his shoulders, and then finally, his head was under the water.  He became a ripple in the calm water with them.  I was always told that drowning was a terrible way to go, but this is not so bad, he thought.

He was prepared to take his first breath under water.  Prepared to fill his lungs with the salty medium surrounding him.  He remembered all the bad he had done and asked whatever gods there were for forgiveness.  When the saltwater entered his nose, it stung.  When it got to his throat, he choked.  he felt something tug at his leg as he prepared for the shock his lungs would receive when they filled with something other than air.

A fish must be trying to make a meal of me, he thought.  A shark, or barracuda, or something just as nasty.

In this sequel to "Dedra," our killer is back wreaking vengeance on those who caused him misery in his youth.  Top on that list was the girl who broke his heart in the third grade.  Will he be able to escape punishment a second time, or will he be caught before they all die?  Read how his life twisted around after he met the love of his life, see how he gets revenge, and observe his pursuers until…

He resides in and is the author of Dedra, Moonbeam, Three Children’s Stories, and Fairy Tales and Sea Stories.  His hobbies are bike riding, cooking, and jogging.