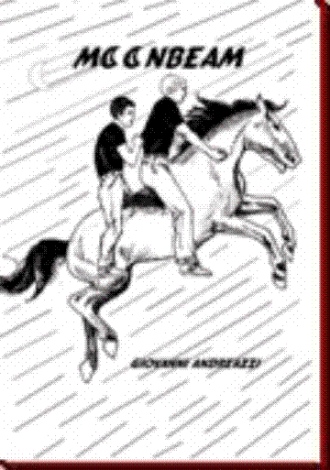 It quit raining Sunday afternoon, so that night was our first night to sleep out in the fort. We talked, sitting cross-legged on our sleeping bags that were spread out on the dirt floor. We had a small campfire going near the opening to keep any wild animals from attacking us in our sleep. There weren’t any wild animals in the Watson Woods, but it was fun to pretend. It did not occur to us that the fire partially blocked our only way out, but what the heck, we were just kids. Carefully laid beside our sleeping bags were our trusty BB guns.

We were having a cigarette, waiting for the crackling fire to cook the potatoes we placed in tin cans at its base. I don’t know where we got this idea, maybe from one of the Hopalong Cassidy episodes on TV, but we never did it again. The potatoes cooked all right, but they had a charcoal crust on them that was inedible. There wasn’t much left on the inside to eat and we didn’t have anything to put on them, which made them very dry. We read comic books a lot for entertainment, so we must have read ourselves to sleep that first night by the light of the campfire. The fire cast our shadows, which danced eerily against the bones imbedded in the dirt at the rear of the fort.

The next thing I knew, I was awakened by the smell of tobacco smoke sometime in the night. “Boo, are you smoking?” I asked, looking around to see if there was a glow from the end of his cigarette.

“No, it is not your friend,” came a deep voice I did not recognize. I immediately thought I must be dreaming and decided to curl back up in my bag, until I saw a movement near the rear of the cave. The fire was still smoldering, but offered little in the way of light to the inside of the fort.

“Are you Pinky?” I asked. Pinky was the scourge of . He had destroyed our other, smaller forts as soon as he discovered them. He was two or three years older and mean as hell. He had an Elmer Fudd speech impediment, and hated being reminded of it. Boo and I came across him and his friends one time in the woods. Before they knew we were there, we heard him say, “Wook, guys, I fwound a twee.” When we mimicked him, we were chased down and received a beating. After that, we steered clear of him and his buddy Gary.

Pinky was also not the ripest apple on the tree. One story I heard was that he took the advice of a substitute teacher literally. The teacher told him, when he forgot a homework assignment, to make a note and put it where it could be found, like “in your ear.” The rest of the class knew this was an obvious joke. A trip to the hospital the next day to remove the rolled-up note from one stupid student got the teacher in trouble, and Pinky the dunce of the year award.

Both Pinky and were in a horrific automobile accident when they were just sixteen. Pinky was decapitated on Highway 62, when the he was driving slammed into the rear of a truck that had lumber sticking five or six feet out the back. They were going in excess of 100 miles per hour, and after hitting the lumber, the Pontiac careened off the highway and came to an abrupt halt wrapped around a substantial, unyielding oak tree. After we heard about it, Boo and I rode our bikes to Briton’s towing yard to see the car. It had no roof and was bent nearly in half. We also visited the tree, which had some bark removed but was otherwise undamaged. We never saw Gary again, and some say he was not altogether mentally right after holding Pinky’s head in his lap—eyes staring up at him and bloody mouth gaping. With both of his legs pinned under the doubled-over dash, held the silently screaming skull until they could get him out of what was left of the . After terrorizing us most of our young lives, I guess he got what was coming to him.

“I took the liberty of unwrapping some of the tobacco from the paper you had on the table,” the voice continued. “I hope you don’t mind. It has been many years since I have had tobacco. I lit my pipe from the embers in the campfire.”

“Are you the cops?” I asked, immediately regretting the choice of words. I thought he could be Mr. Sovero, our neighbor who was a policeman and also smoked a pipe. The voice did not fit, but the smoke he inhaled could have altered it.

“What is a cop?” he asked. By now I was getting curious, and slowly unzipped my sleeping bag and pulled the top back so I could get out. Boo was fast asleep in his bag, and if kids could snore, he would have been.

“You’re kidding,” I said as I sat up cross-legged on the bag, trying to focus toward the back wall where the voice was coming from. “A cop is a policeman.”

“Then I am not a cop,” he said, making the pipe glow again. From the dim glow, I could make out that he was naked, at least what I could see of him was. His hair was long and had a black sheen to it. I reached for my flashlight beside my comic book and flicked it on. The batteries were almost spent, and all that the bulb would produce was faint, orange glow.

“If you want to see who I am, put some more sticks on the fire and we can both get a good look. Don’t be frightened by what you see. I am here as a friend in need of some help.” I stretched across my bag toward the fire, reaching for the sticks we gathered and laid beside the dirt wall the evening before. I took three of the larger ones and placed them over the embers in a tent-like fashion. I then placed some of the smaller ones directly on the embers and blew on them until they caught fire.

“Not a bad fire starter for a non-Indian,” the man said. When the flames leapt to life I knew what he meant, for sitting cross-legged at the rear of the fort was what looked like someone from one of the cowboys and Indians movies Boo and I liked to go see at the Strand Theater on a Saturday afternoon. His jet-black hair reached halfway down his back. It was tied back by a piece of leather wrapped around his forehead.

Giovanni is the author of the suspense thriller Dedra. In Moonbeam, his second novel, two pre-teen boys find themselves on the adventure of their lives.

While digging a fort to occupy their summer months, they unearth a set of bones. Camping out in the fort one night, the bones take on the image of their owner, a Native American named Teak-qua.

Teak-qua sends them to the past on a special horse to avenge the wrongs of the white man. They use the skills learned from various experiences, while finding love and heartbreak along the way.

This unique look at life in the mid-fifties and the atrocities endured by Teak-qua’s brothers will keep you entertained until the end.

Giovanni Andreazzi was born in , where, two weeks out of high school, he joined the United States Navy. He attended the and served aboard the submarine USS Sam Houston.

Following his military service, the author graduated from and began a career with the Army Civil Service, obtaining a master’s degree from Texas A&M and traveling the world. He has visited , , , , , , , the , , , , and .

Before retiring, he worked as a project manager/engineer for the Indian Health Service, building, inspecting, and maintaining health facilities for Native Americans. The author of Dedra resides in , where he enjoys biking, weight lifting, cooking, and, of course, writing.