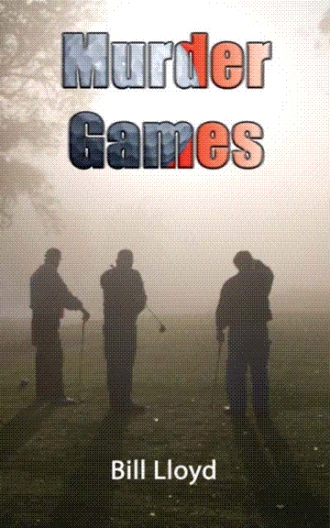 Sam Barlow flinched and flicked his cigarette into the puddle by his left front tire. Getting caught on a surveillance gig defined amateurs, and his mark nailed him. Now he knew there'd be hell to pay. The woman lurched out of the door like a scared doe and headed straight at him. He was sitting  in his ancient Buick across from the Park Plaza office building. He thought about raising his window but decided, what the hell, play it as it lays.

Lucy Upchurch was all of five-six and not more than a hundred and twenty pounds, younger looking than her forty years, and carrying a figure a twenty-year-old would love. Barlow watched with admiration as the widow of Nigel Upchurch approached, more like a blitzing undersized linebacker than a scared doe. "Afternoon, ma'am. What can I do for you?" Barlow turned on what he thought was his all-purpose, charming smile. Most recipients thought it had the appeal of a used-car salesman about to unload a lemon on an unsusupecting old lady.

"You bastard!" she screamed. "You've been following me for two days. Before I call the sheriff's office I want you to explain just what the hell you're up to."

Nigel Upchurch sank a 35 foot putt on the 18th hole at the Golden Bear Golf Club to win the club championship by one stroke. As the ball dropped into the cup, the famous mystery writer suffered a massive heart attack and died. The sheriff's office and his doctor agreed that he died of natural causes.

His widow, Lucy Upchurch, doesn't think so. She hires Sam Barlow, an out-of-work private investigator, to prove that her husband was murdered. Barlow thinks she's crazy, but he is broke. Mrs. Upchurch identifies several people on Hilton Head Island who would want her husband out of the way. Barlow soon finds himself deeply immersed in the seamy side of island real-estate and development. The small amount of land left on the island for development is puttting pressure on land owners to sell and/or develop. Some are not interested in selling land held by their families since the Civil War.

Barlow's digging into Upchurch's past takes him to Beaufort and a visit with the "mystery sisters". Here a different portrait of the famous author is painted and Barlow realizes his client is far from crazy. She is right, her husband was murdered. More murders follow and Barlow finds himself in a deadly game that opens up the island's dark side and threatens to link him to the murders.