A mystery set in the Sea Islands 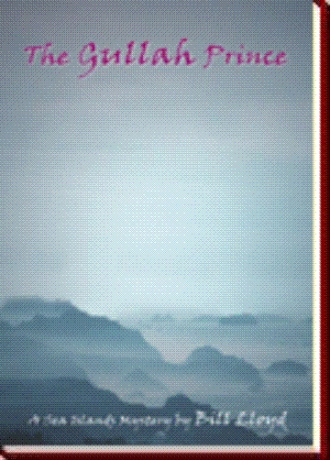 It took Adam several weeks, three to be exact, to identify Dr. Alligator or, as some called him, Dr. Gator. Some folks denied knowing about a root doctor. Others flatly refused to talk to him about it. Some said he lived in Bay Gall on . Others told him that Dr. Gator moved to Gum Tree. Little by little he was able to piece together the doctor''s existence and finally his location. He was told the doctor wasn''t there all the time, but if someone happened to visit the little shack in back of the modular home near ,  he might just be there. Best to be there around seven or eight in the evening he had heard.

The shack looked like it had not seen paint but for the window frames and door that were a dull blue. The color he knew was to ward off evil spirits. Tall copious wax myrtle embraced both sides of the shack, softening its otherwise stark exterior. It was more a melancholy shed than a place where someone might live. The folks Adam talked to told him Dr. Gator lived with his common-law wife of many years in the modular home on the front of the more than one acre of property that faced the gravel and often muddy Alligator Road.

Adam was not sure Dr. Gator could help him but he believed  root doctors had many powers.  His contacts told him Dr. Gator could custom tailor to meet a customer''s needs. He knew roots were used for all sorts of problems, including unfaithful spouses, money problems, pain and every kind of sickness, regaining property that been stolen, and he knew there were even bad roots to take care of the seriously bad enemies that folks might run into.

Adam could see the flickering light of candles through the window. He knocked on the half-open door. The voice within grunted something that Adam couldn’t understand. He slowly stepped inside the one room shack that was no more than twenty feet wide and thirty feet long. Dr. Gator''s completely white hair crowned a very dark and long angular face lined like an old, but well-oiled baseball glove. In the light of the candle Adam could see an elderly man with very thin with long bony fingers. The man wore a denim shirt, an old pair of khakis and battered Reeboks. He motioned Adam to sit at the table in a squeaking rocking chair that felt and looked like it was hundreds of years old.

Two framed pictures of Jesus adorned the wall behind Dr. Gator. In one Jesus held a red glowing heart in his hand. In the other he looked out with sad and disappointed eyes. Several statues were lined on the shelf behind Dr. Gator. Adam couldn''t tell who the statues represented. One looked like a small boy in a red robe with a crown and scepter. Bits of cloth and paper cluttered the tabletop. Several ancient Coke bottles sat on the front edge of the large table. Two were half-filled with a brown liquid.  Clusters of wax spotted one side of the table. Jars filled the shelves on another wall with what Adam later learned were various potions and powders prescribed by Dr. Gator for his customers.

His contacts had explained that the root doctor would not charge for the first visit. If he agreed to work with the client, he would indicate his fee indirectly.  The amount of the fee for subsequent visits would depend on Dr. Gator''s assessment of Adam''s ability to pay. His first visit was to determine if the root doctor could help him. If he could, he would let him know what the fee was in an indirect way so that he wouldn’t be liable for practicing medicine without a license.

"What is this statue that you want to find?" Dr. Gator asked. His voice was low and raspy like sandpaper scraping over metal. He took both of Adam''s hands in his and began kneading the bones in Adam''s right hand.

"It''s the Gullah Prince brought over by our ancestors and lost over eighty years ago."

"Brought over from where?”

", I think. I’m not sure where in west Africa. I''ll have to check with my cousin on that."

"Seems the ship captain done stole it. Then he died and the family got it back."

"Hmm." Dr. Gator leaned backward. Adam could see the man''s reddish eyes roll back into his head. He sat silently for several long minutes. The only sound was the bustling insects outside. Pungent smells he could not identify mixed with the oily smoke of the several candles. Ordinarily Adam did not have much patience for periods of silence. He always liked to fill the void. Some said he talked too much.

"Why do you want to find it?" Dr. Gator leaned forward; his eyes once again locked on Adam.

It took Harry Cornell two years to figure out that his wife, Karen Payne, did not die in the on nine-eleven. He discovers that his wife had been obsessed with finding an historic African artifact, a carved statue of a Bantu warrior, brought to on a slave ship in the late eighteenth century. Convinced that finding the artifactl lead to his wife, Cornell travels to the off the coast of . The trail narrows to the five star resort of . His first discovery is the murder of his wife''s former lover who also was reported as a casualty of nine-eleven.

The brutal murder draws him deep into the low country and the world of the Gullah and root doctors. Cornell discovers that these medicine men of years past still work voodoo magic. He finds others are intensely interested in locating the artifact as well. Rebecca Kane claims that the carved statue is an heirloom of her family and she knows her fellow native islanders will help her find it. Clinton Cooper, the unscrupulous and disgraced former CEO, is convinced the artifact will lead to a hoard of diamonds and gold bullion, a treasure he desperately needs.

The root doctor unleashes his terrible magic to help Rebecca Kane locate the artifact but the costs are high. In the end the legendary curse that accompanied the Gullah Prince works it evil one final time.

Bill Lloyd and wife, Clara, live on .  They have two grown children, Chris and Doug, living in .