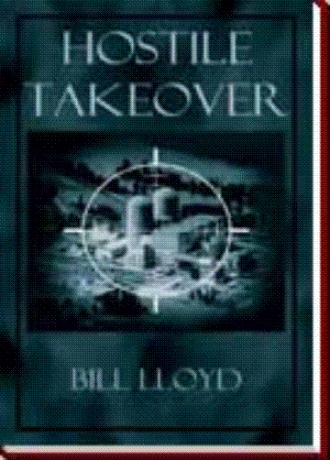 Her ashen face and unseeing eyes haunted him. Thoughts of that night swirled through his mind, but he fought to remain clear-headed. Out of the back of the Cherokee he carefully lifted the blanket-wrapped .300 custom Winchester magnum. He mounted the Leupold 6.5-20x scope. The air was still.

Once the sling was adjusted, he inserted four cartridges into the magazine and checked the safety. In order to test the sighting, he brought the outside maintenance platform by the cooling towers into the crosshairs. "Perfect," he said to no one. "Now I wait."

The shrub-cluttered lime and sandstone escarpment towered four hundred feet above the flat prairie. Directly west, Indian Ridge Nuclear Power Plant sat at the very edge. An early-morning mist shrouded the lake surrounding the south side of the plant.

Thick oaks, cottonwoods, and pines covered the northern crest of the ridge. He had parked the Cherokee between two wind-stunted cottonwoods. Now he cradled the Winchester and warily walked the crest, carefully checking the prairie below. The dome of the cold gray nuclear reactor nudged through the early morning fog protecting the two cooling towers and dwarfing the one-story office complex at its feet. He could make out the six buildings in the power block section, which he knew housed the reactor, auxiliary equipment, turbine and generator, back-up diesel generators, fuel, and waste storage.

To the north and east, he could barely make out the gentle slopes, flattened uplands, and rounded blue hills that skirted the prairie edge. To the west lay only flatness and the beginning of the high plains.

After surveying the ridge, he opened his thermos and sat on the clammy outcrop, sipping coffee and studying the power plant. After an hour, the mid-morning November sun burned away the mist, and autumn colors began to dance in the light. Speckled gray hawks surveyed their chosen territories like soundless sentries gliding through the chilled air.

At ten-thirty he watched two figures step onto the outside platform. He picked up his binoculars. At ten thirty seven, one of the figures went inside. He checked again with his binoculars. It was the right one. He picked up the Winchester, adjusted the sling, released the safety, and raised the rifle stock to his shoulder.

Slowly he adjusted the scope and brought the target into the crosshairs. Probably over seven-hundred-yards. He knew he was pushing it at that distance.

He squeezed twice, and as the shots echoed across the plains below, the figure jerked violently and plunged two-hundred-feet to the base of the cooling tower.

The crumpled body of David Daniel Creighton, chairman and chief executive officer of Mid Continent Electric Power, resembled nothing more than a pile of disposable debris.

He walked back to the grove of trees and found a deep gorge, in which he buried the dismantled rifle and scope. He finished his coffee and drove the Jeep Cherokee back down the steep rocky slope.

His luck held as he swung onto the paved highway. He encountered no traffic and saw no one. He thought of the next steps and realized now they would not be as simple as this.

Sean O’Reilly thought he knew the world of corporations and consulting. When Wall Street sharks, murder, greed, and revenge come together at Mid Continent Electric Power, his education is enhanced much further. He also realizes that working for a sleepy Kansas City utility is a little more than he bargained for.

First, it starts with the murder of the CEO who was hired to wake up the company and bring it to the new de-regulated world. Then, there is a lovely lady who was murdered at a party over twenty years ago.

Another murder in the company raises the stakes and O’Reilly realizes the, up to now, untouchable suspects have got to be stopped. When he finds out they are targeting Linda Morgan, his lovely and eccentric friend, it becomes personal.

That’s when things get messy.

Bill Lloyd spent over twenty-five years as a management consultant with an international consulting firm. He has worked with many large corporations in the U.S. and abroad, including a wide variety of utility companies.

Mr. Lloyd graduated from Pennsylvania State University. He worked as a teaching assistant at both Penn State and the University of Wisconsin while working on graduate degrees.

Mr. Lloyd’s first novel, Chairman, a mystery also set in the corporate world, is available through http:\\www.firstbooks.com. He is currently working on his third, Don’t Mess with Jenny Lee.