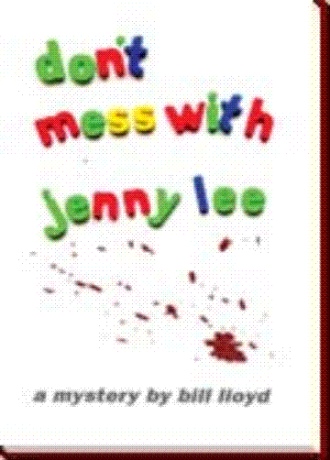 The next morning Jenny was up early. She gave Moss a list of groceries and sent him to a supermarket a few blocks from Connie’s apartment. She then made coffee and cleaned the kitchen. When the coffee was ready she turned on Today and settled down to watch and sip her coffee. Connie was still asleep in her room. She was so young and vulnerable, someone easy to worry about. She would talk to her today about going to California and staying with Rob until this mess with Strafford and Penn was over. Jenny hesitated because she would miss her.

The apartment buzzer startled her. She looked at her watch. It was just before nine. It must be Zach. That was quick, 15 minutes. He probably doesn't have a key.

She walked to the door, secured the chain lock, and opened the door a crack. A small, thin man whose face was partially hidden by a large bouquet of flowers greeted her.

"Delivery for Miss Martinez," he said.

"How sweet. Rob said he would send flowers." She unhooked the chain lock and opened the door. At that instant Wojac and Mozzoli pushed their way in, knocking Jenny off balance. For a big man Mozzoli was fast. In one swift and smooth motion he grabbed Jenny, clasped his hand over her mouth, and pulled her arm behind her back. Wojac quickly shut the door, took out a switchblade knife, and pressed it against Jenny’s throat.

"You scream, lady, we end it here," Wojac said.

Jenny nodded. Her eyes bulged above the clammy, hairy hand over her mouth.

Jenny shook her head. Wojac pressed the tip of the blade into her throat and a thin line of red blood dripped down the side of her neck.

"Hold on," Mozzoli growled, "let’s not make a mess here. We want to take them out to that quarry near the river. Remember, no trace. I’ll check the place out. Tie her up." He took out his Browning nine-millimeter, screwed a silencer on the barrel and, after checking the kitchen and bathroom, walked down the hall to the bedroom.

Wojac put the knife aside. "Easy does it, lady. Put your wrists together." He took out a roll of duct tape, and as he started to tape Jenny’s wrists, she bent forward and swung both hands upward into Wojac’s broken nose. It was a direct hit. He yelped like a startled puppy, dropped the tape and put his hands up to his face. He stumbled in pain, lost his balance, and began to fall to the floor.

Zach Moss doesn't much like being a private investigator spying on errant spouses, but he would admit it has its intriguing moments.

He gets more intrigue than he bargained for when he asks Jenny Lee to be his partner. The murder of a wayward spouse and a hundred million-dollar scam throws Moss and Jenny into the Byzantine world of a large corporation. It's not hard for them to imagine someone killing for one hundred million bucks. The murder turns out to be one of a series that began over twelve years before and still continues. Then Moss and Jenny connect the murders to one of Kansas City's leading citizens. As Jenny says about the leading citizen, "that dude is several steps past weird". As they dig further, they find the connection between the scam and murders unraveling.

Several powerful people in the city reach the conclusion that Moss and Jenny are becoming a very serious problem. When two Chicago street soldiers arrive in town to fix their problem, Jenny Lee decides to take charge and dispenses her own form of justice.

Bill Lloyd spent over twenty-five years as a management consultant with an international consulting firm. He has worked with many large corporations in the U.S. and abroad.

Mr. Lloyd graduated from Pennsylvania State University. He worked as a teaching assistant at both Penn State and the University of Wisconsin while working on graduate degrees in American History.

Bill Lloyd's previous works are both mysteries set in the corporate world. Chairman and Hostile Takeover are both available through

www.1stBooks.com. He is currently working on his fourth, Beach Walk.