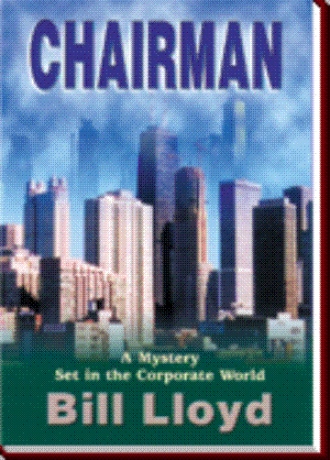 They were ugly. The two men wore greasy baseball caps and bib overalls splattered with paint. Both sported a three-or-four-day beard. Their scrawny birdnecks and lanky frames reminded Tom Gorman of two jerky egrets as they crawled from under the black BMW convertible. He was watching from Chuck Horner's office waiting for his client to get off the phone.

As he waited the two men finished tinkering with the car. He was about to turn away when one of the men gestured to the other and pointed at Gorman. His companion shrugged, and they quickly piled into a green diesel pickup and drove out of the vacant parking lot. Gorman turned around as Horner put down the phone.

'Two scruffy looking dudes were fooling around with a black BMW parked outside,' Horner's eyebrows perked up. 'That'll be Pamela Wade's car. She parks back there in the old bottling plant lot. They moved out last month. In that empty lot nobody scratches her precious BMW.'

'I figured it was Pamela's'

Horner grinned. 'Exactly right. As I recall, you two were friendly the last time you were here.' Gorman felt uncomfortable. It had been after his separation, and Pamela was not easily resisted.

'Friendly is a good word. We had a pleasant dinner.'

Horner gave him an all-knowing grin. 'Pamela's one nice piece of ass and I do believe you might have sampled some, Tommy me boy.'

Gorman resented the way he said it. He shrugged it off. It was none of Horner's goddamn business. He could see Pamela. Her dark-hair had glistened in the light as she flicked a lose strand behind her ear. She had a natural but mischievous smile that lit up her whole face. He remembered he had suspected a stiffness, something in her that did not show when the smile was turned off. He wondered now about her mysterious past. She had been reluctant to talk about it. Gorman could tell she was trying to seduce him. He remembered saying to himself, what the hell, enjoy. She had a body that would make a celibate cry.

'She's a sweet southern lady, Chuck. The poor gal is not appreciated in her own back yard.' Horner laughed. 'Poor she ain't, but I'm here to tell you that gal can sell a bill of goods, and I do believe you bought some.'

Horner chuckled and leaned back in his highback leather chair. 'Let's get on with it. You're supposed to find out why I'm the most successful regional manager in the Barry Foods Corporation.'

Gorman sat opposite Horner in the large corner office on the second-floor overlooking the parking lot. His gray-flecked sandy hair, fair complexion and tanned, slightly aquiline features suggested a mild-mannered, albeit a handsome, professional businessman. The clear and penetrating ice-blue eyes warned that Tom Gorman knew what he wanted and how to get it.

His assignment from the chairman of Barry Foods was to assess the marketing strategy for the Southeast region.

As he opened his briefcase, an ear-splitting explosion rocked the office.

Tom Gorman knew from the start that this was not going to be a routine consulting assignment. First, one of the client's female employees is brutally murdered outside the regional manager's office. Then the chairman of the board asks him to develop a succession plan that will assure his son takes over the corporation upon his retirement. This throws Gorman directly into the political jockeying within the executive suite and the board for control of the succession process. Initially he is successful as he gingerly treads around the political land mines at corporate headquarters.

Prior to her untimely demise, the murdered young lady had charged two senior executives with sexual misconduct. Meg Carlucci, head of human resources, is intent on nailing her fellow senior executives on this charge. Her progress unnerves the chairman who directs Gorman to rein her in. The succession project, Wade's murder, and the sexual adventures of some of the senior executives complicate Gorman's life as he begins to see connections between succession, murder and sex. That's when the assignment becomes dangerous.

Despite continued threats and Gorman's attempts to rein her in, Meg vigorously pursues her investigation until she stumbles onto damning truths that tell her she has gone too far. The subsequent mysterious death of one of the senior executives triggers a chain of events that draws Meg and Gorman into direct contact with the killers. Not only is their life on the line, but Gorman realizes his estranged wife and two children's lives are in danger.

Throughout the novel, the chairman displays his overwhelming grasp of the levers of power within the large corporation. What he did not realize was that one very simple decision triggered events that unleased forces he could not control.

Prior to consulting, Mr. Lloyd was a director of the Great Books Foundation. He taught at Penn State and the University Of Wisconsin while working on graduate degrees in intellectual and social history. He served two years in the US Army.

Mr. Lloyd recently completed his second novel, Hostile Takeover, and is working on his third.