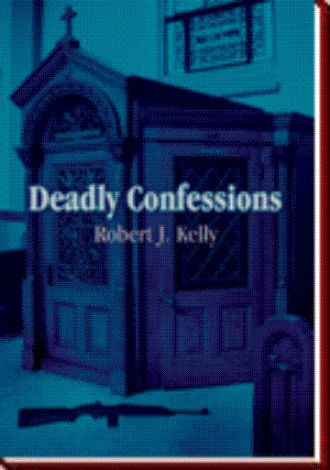 “Bless me Father, for I have sinned. That’s the way you Catholics begin this ritual, isn’t it?” It figured; two weeks after being transferred to the parish from hell in , and six weeks after being diagnosed with inoperable cancer, my three-hour stint in the confessional was going to end with a non-believer. It was surprising how many anti-Catholic enthusiasts and just plain ball-busters sought the sanctity of the confessional for divine repentance. I felt like reaching through the corrugated screen that separated us and choking the motherfucker for mocking my faith and extending another bad day. All I wanted to do was return to my residence above the rectory and drink scotch on the rocks until the February sun summoned me to another day of hell on earth.

“I take it you are not a practicing Catholic,” I replied, thinking of the of the 18-month death sentence bestowed upon me by the world’s best oncologist.

“No, I am not. In fact, I am not even a Catholic; but I understand that a priest cannot repeat anything heard in a confessional.”

“That’s correct, what is said here can never be repeated. It’s as if you are confessing right to God,” I replied, as I had 1000 times before.

“Nor can you use any tricks to divulge the identity of the person making the confession, right?” That was a question I had not been asked before and it peaked my curiosity.

“I’m not sure I understand your question,” I said, hoping to get him to open up. It was obvious he had spent a lot of time thinking of the repercussions of whatever he had to confess.

“The confidentiality of the confessional, is it ironclad? For instance, could you lead the authorities to someone who committed a crime by dropping hints in a manner that would not betray the sanctity of the sacrament?” the voice asked. This was not a Thursday afternoon ballbuster, this was a man with a very well thought out agenda.

“The confessing of the crime, or the sin, is between you and God; but if I should be told information about a crime that has not yet occurred, I have a moral obligation to inform the authorities.”

“So, if I understand what you’ve said, as long as I don’t advise you of a pending crime, or sin, everything else is between me and the Lord; no loopholes.”

“When do you hear confessions again?”

“ on Saturday, four to six. We have no Saturday evening service,” I replied, wondering why I volunteered the information about the absence of a Saturday service.

“I’ll be your last confession on Saturday, Father, or should I say, Dr. Beacon.” I heard the wooden door of the three-section confessional close before I could react to his words. Once again I was alone with God, but the scent of Lucifer lingered in the air.

As I locked the doors of the church for the night, his words and his presence were still with me. I hurried to my residence and poured myself a double Dewar’s, which I downed before reaching the kitchen for ice. By the time I finished my third scotch, my fear was replaced by self-pity and the thought of my own impending death. I sat on the edge of my unmade bed and stared at the peeling pale green paint illuminated by the dusky light of the old streetlamps. How the fuck did he know my name? And how did he know I have a Doctorate in psychiatry?  I jumped at the sound of my voice echoing off the walls and set down the empty glass on the nightstand. My thoughts again returned to my own misfortune and I felt the warmth of silent emotion trickle down my cheeks.

Twenty-five years of working with the developmentally disabled, three published books, and a fellowship. I was the fair-haired Father who was the social butterfly of the parish, more at home in the mansions of the than the confines of the confessional. Refusing reassignment after being diagnosed with cancer began the downward spiral of my career in theology. Being demoted from Monsignor to parish priest was bad enough, but the transfer to St. Marks was horrific. This wasn’t a sentence in purgatory, this was being damned to hell. The one thing I knew for sure was that I had met the devil tonight. How else could the fact that he knew my name and profession be explained? I poured another Dewar’s, again skipping the ice, and thought about the promise of meeting Satan again on Saturday.

“Bless me Father, for I have sinned.” Father Francis Beacon listens to the confession of a serial killer before retiring to his room with a Dewar’s. Frustrated by his vows, the dying priest struggles to find a way to bring the psychopath to justice without breaching the Sacrament and turning his life into a lie. Meanwhile, Detective Larry Wright is getting indigestion more often as bodies begin to litter the streets of . When the killer contacts a local newspaper reporter and the FBI arrives, on behalf of the Office of Homeland Security, Wright begins to wonder what he’s been pulled into and how he’ll ever get out.