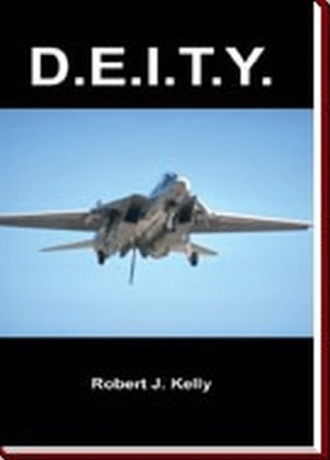 The President sat in the situation room sucking on a Marlboro Light at on April 30th; he wasn’t a smoker. National Security Administration Director Dave Parish was seated to his left, biting his fingernails in tune with the hum of the computers, while Joint Chief of Staff General MacDermot stood at the end of the table peering up at the large blue screen of the continents. MacDermot turned and looked at the President, who had just lit another cigarette.

“We have satellite confirmation of military movement in several parts of the world.” He paused and looked at the map of the world before continuing with a sense of urgency in his voice. “ reports artillery and tank attacks on in the south, and air attacks on in the north. Six tank divisions have been mobilized from and are within 60 miles of .”

“Commence Operation Pickoff,” the President ordered, stubbing out his cigarette. “We are officially in World War III.”

Hangman realized that Reaper I was only 85% operational as he put on his flight suit. He picked up the phone next to his locker and called the tower for status.

“Reaper I is 85% operational due to a deficiency in the Pro Defense System,” the tower replied. “Sir, are you aware that Reaper II is in the Warminster hangar?”

“Yes, have an escort drive me to Warminster,” Hangman ordered, returning to his pre-flight preparations. It’s unbelievable that I know the status of the planes without physically seeing them; what will they think of next? Hangman said aloud, as he concentrated on Reaper II. The plane was 100% operational and ready to fly. I better start the pre-flight count down now to make up for the 20-minute transfer time, Hangman thought, as a marine knocked on the door and advised the car was waiting.

As Hangman climbed in the cockpit of Reaper II, he decided DEITY would now be known as D. Take us down to an altitude of 175,000 feet with a southeast heading D, he thought. The plane quickly changed direction and adjusted its altitude to the command. “Right on schedule,” Hangman said aloud.

“Yes you are,” a voice responded. The notion that D spoke back to him made Hangman jump.

“Hangman, Hangman are you there? Code name Lefty.” Hangman suddenly realized that it was General Carlton, his lifeline. Lefty, Hangman thought, for Phillies Hall of Fame Pitcher Steve Carlton. The Air Force certainly did its homework, was his childhood hero and baseball provided comfort for him in times of stress.

“Hangman here, over,” Stark replied, looking at the clock on his heads-up display.

“Hangman, keep to course and remember the lines we’ll use throughout the operation are totally secure. My job is to be another set of eyes and ears. You, better than anyone, know our ability to track events around the world. I’ll try to help wherever I can.”

“You mean you can see almost everything I can see?” Hangman countered.

“Roger that. It’ll be nice to have you along for the training mission, Lefty.” While Hangman was getting comfortable handling two conversations at once, Lefty tossed the ace pilot a little test.

“Hangman,” Lefty called in his ear.

“Roger that. The Hangman flies again, over.”

“Okay, we’ve got all the authenticating code words out of the way. Are you looking at your HUD?” Lefty asked.

“Roger. You’re aware how D works, I can pull up a lot of information here,” Hangman answered.

“Roger that Hangman. Are the targets in line of priority?”

“Roger that Lefty. The system shows 96 offensive targets. D has picked up another 24 for a total of 120 missile sites, all non-nuclear,” Hangman reported.

“Roger that. We’re seeing the additional 24 sites now. Are you in position?” Lefty asked.

“I’m 25 miles south of looking at . I just passed the aircraft carrier and a few of our cruisers, but they didn’t pick me up,” Hangman reported.

“Roger that. I’ll maintain altitude and heading and await your mark,” Hangman replied.

“You’re mission is primarily defensive. Take out what you can, but defense is the first priority.”

“You know D will give me my orders. To this point they’ve coincided with your instructions, but if there’s a conflict I will act on D’s command.”

“Okay D, pick eight targets that will cause the most havoc and estimate the required TNT equivalent laser charges. Eight targets, then defensive,” Hangman ordered. He looked at the list of targets on the heads-up display. Eight surface-to-air missile sites were highlighted.

Fire, Hangman thought. A second later he had confirmation from D that all eight targets were destroyed. Pick

World War III is no longer a threat; it’s a reality. The Equitable Distribution Society of the World has invaded the and is prepared to launch a full-scale nuclear attack to prevent the from achieving global domination through capitalism. The United States and its allies are not willing to succumb to the proposed new world order and the President of the EDSW finds himself battling technologically advanced weapons, while the President of the United States battles mental illness. A Skunk Works project created a futuristic aircraft it labeled, The Reaper. Will this plane and its pilot be able to overcome the 200:1 manpower advantage of the EDSW, or will the be forced to join the EDSW?