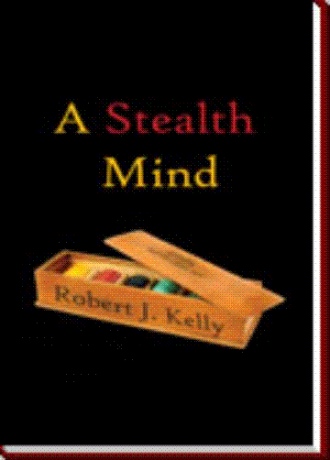 The record breaking storms of the first quarter begrudgingly conceded to the thaw of spring.  Brett’s job at the bank was status quo, he strived to be an underachiever and attained his goal with anonymity.  The job was the perfect cover for his gambling; an idea he formulated from T.V. mafia movies and his South Philly card playing companions.  Brett had become an icon in the stud poker arena and was entering a new league.  Thanks to Detective Cant, Brett found games in the suburbs and the high rent district of center city Philadelphia.  The Detective would introduce Brett at the first game and accompany him every now and then to watch his back.  The cagy Cant always made it a point to remind Brett that he rode shot gun on his own time.  Brett took the hint and acceded the lanky, forty-something detective a stipend at the end of each game.  The arrangement proved symbiotic; Cant, who was used to a little extra cash from his shakedowns, got a taste, and Brett paid for services rendered and remained in control.

The stakes had tripled since Brett moved out of South Philly and some of the local ‘high rollers’ told Brett about the big games in Bayonne and Queens.

“Those f*** games are twice what we play for!” one of the center city marks cried.  “I lost a fortune; but you, you could clean their clocks. . . .  F***, I’ll even spot you, for a cut,” the mark added.  Brett glanced at Detective Cant, who was nursing a bloody Mary in the wee hours of the morning.  He had watched Brett pocket over $60,000 and was thinking of his stipend.  He nodded to his friend to accept the offer.

“My time and my ability,” Brett answered.

“Final offer, 70-30, all expenses and first-class accommodations.”  It was almost 2:30 a.m. and the other players had already called it a night.  Brett had played on the 40th floor of the center city office building half a dozen times and recalled it housed a law office.

“Okay, with a signing bonus - 20 hours of your attorney’s time,” Brett replied.

“What the f*** for?” the mark asked.  Brett looked into the slightly overweight, balding man’s eyes and ignored the question.

“Yeah, kid, 70-30 your way, expenses and 20 free hours,” the mark conceded.  The men shook hands and Brett gathered his winnings.  As Detective Cant drove him home, Brett slipped $2000 in twenties onto the lap of the neatly dressed dick.

Brett’s new backer wasted no time making arrangements for him to sit in on a high roller game.  Exactly one week after they consummated their agreement, Brett met the banker at his office to pick up $100,000 cash and the address of the game in Queens.

“This is Wilbur Woods,” the banker introduced.

“How do you do, sir?” the well built, six foot tall Black man greeted, in a soft, charming voice.

“Wilbur will drive you to the game, make sure your accommodation needs are met and watch your ass and my money,” the banker declared.  Brett shook the man’s hand and proceeded to count the $100 and $1000 bills.  Brett understood what the banker said and liked having the protection.

“I’ll drive, sir,” Woods said.  The thirty something chauffeur tossed a few pieces of luggage into the trunk of a ten year old Jaguar convertible and the two headed for the big time in New York.

Peer into the world of high-stakes poker with a twist.  Imagine for a moment if you knew what the other players had in their hands.  Brett Lange awoke one morning to discover he had an anomaly he called, ’the feeling.’  After quickly learning to hide his ability to avoid exploitation and ridicule, Brett builds a financial empire from his talent; all while under the watchful eye of someone with a greater power. . . .

Robert J. Kelly is a native of South Philadelphia.  He retired in 1996 after a successful career as a financial consultant for a major financial services firm.  Mr. Kelly currently resides in Horsham, Pennsylvania and enjoys wine collecting, golf and travel, in addition to expressing his imagination on paper.