Gifts of the Gods 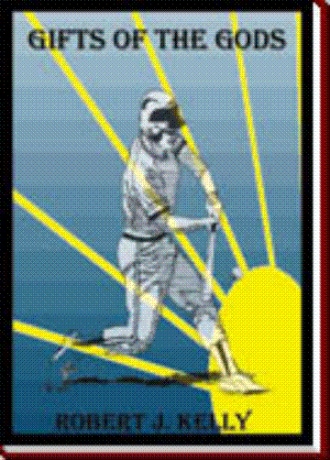 Carol read a prepared statement from Grange Industries after the conclusion of the trial. 'On behalf of my brother, I would like to extend my sincere thanks for all the warm words and letters. We hope, in light of this landmark decision, we will be joined by public corporations and private citizens in the fight against drunk driving. In accordance with the other Grange benevolent trusts, we will continue to help people help themselves. Thank you.' Michael, Meg, Robert and Christine left for the ranch in Montana the day after the trial. Christine had taken a sabbatical from her research position, but agreed to do some part time work for the company via fax and modem. Robert welcomed the break and enjoyed doing a little woodworking during the winter months.

The ranch had been looked after by a married couple in their late forties since its completion. They did a fine job, always turning out a modest profit which was reinvested in the property. The ranch extended from northern Montana to the Canadian border and approached 150,000 acres in size. The main house, the one Michael designed, sat on the highest point in that area of the state and had a magnificent view. The working acreage encompassed a grassy hillside emptying out into a large valley. The three creeks that surrounded the valley were the boundaries of the original land purchase; however, subsequent parcels added a mountain range and prime farm land to grow grain on for the cattle. The southwest and northeast views saw the rivers and a good portion of the state, while the northwest view encompassed endless timberland climbing up the White Peaks of Montana into Canada. The main house was a 45 minute ride from the working ranch and almost two hours from the closest town. Here, in his own Shangri-la, the healing process began. While Michael stayed at the ranch he was a working owner, bailing hay and mending fences while Meg attended school. In the evening, he spent quality time with his family. One of Michael's favorite tasks was helping Meg with her homework. Each night ended with a snack, a little T.V. and a short bedtime story. This ritual would continue until Meg was eleven years old.

Late at night Michael would take Chestnut, his favorite horse, for a midnight stroll through the countryside. Sometimes Michael and Chestnut headed for the mountains, other times they roamed across the prairie and did not return until dawn. Michael enjoyed the nights when the snow was deep. Surrounded by silence, except for the wind, Michael began to feel again. The nights of rage were gone, and in the cold, stillness of the Big Sky State, Michael learned to appreciate life once more. Just as Meg had to learn about life for the first time, Michael had to learn to approach life anew and put his prejudice and bitterness behind him.

The day before the first anniversary of the accident, Michael asked his parents to keep an eye on Meg while he flew back to Philadelphia to visit the grave site. They both wanted to go with him and pay their respects, but Michael convinced them that it would be better for Meg to stay at the ranch. Meg had adjusted well to the loss of her mother and Michael did not want her to see everyone in tears, more importantly, he wanted to be alone. Robert and Christine had been to the cemetery at least two dozen times over the past year, this would be Michael's first visit since the funeral. Michael arranged for one of his planes to fly Jean's parents to Philadelphia and then to the ranch for the holiday. He would arrive at the cemetery after their departure. The caretaker verified the black limo was Michael's and escorted him to the white, marble mausoleum that housed the coffins. As he got out of the limo the caretaker approached him.

'I check on the Mickey Mouse light over your son every night and bring a rose for your wife every day just like the instructions say,' the beer bellied caretaker said, proudly.

'No! Don't insult me!' The caretaker exclaimed, holding up his palms in refusal. Mike, somewhat embarrassed, said,

'I don't mean to insult you, I just want to show my appreciation.'

'I'm sorry, but. . .I don't.' Mike looked blankly at the man who appeared to be about his age. The security people were getting edgy and Mike held up his hand to keep them from moving closer.

'I struck you out three times in high school, I'm Joe Sweeney.' A smile came to Mike's face and the two men shook hands and reminisced about their high school days. Sweeney made it to AA ball before the drinking, drugs, and broads ended his career. After a tough divorce, he remarried and had a son. His father-in-law helped him get the job at the cemetery. 'I'll let you attend to your business. I'm sorry to see you under such sad circumstances,' Sweeney said, as he turned to leave.

'Is there anything I can do for you?' Mike asked.

'Nah, you already have. How many people can tell their boy they struck out the greatest baseball player in the world three times.' Sweeney waved to Mike as he got in his truck and drove away. Mike didn't have the heart to tell him he only struck him out once.

Gifts of the Gods is a fast-paced fictional story about Michael Grange, the greatest baseball player of all time. One cannot judge a book by its cover. Baseball is only the stage from which our hero launches his career. The trails and tribulations of his journey through the Major Leagues begins with an old-time scout, a devoted family, a unique contract and an appetite for the flesh. As Grange grows, so does his appreciation of the gifts the Gods bestowed upon him. After attaining fame and fortune as a superstar sports icon, he turns his attention to the domination of the corporate world. Grange's altruistic philosophy inspires him to create several benevolent trusts to 'help people help themselves.'

After enduring a horrific personal tragedy, Michael Grange begins to weave the emotional threads of his life back together and undertake even greater challenges. With his baseball career nearing its completion, Grange anticipates his position in the world order and renders decisions that astonish the country.

Join me now and enter the life of a person the Gods have shared their Gifts with. I sincerely hope you enjoy reading the story as much as I enjoyed writing it. To whet your appetite, here are a few pages from Michael Grange's life.

Born in 1956, I was raised in south Philadelphia, Pennsylvania and currently reside in Horsham, Pennsylvania, a northern suburb of the city. I retired from a career as a financial consultant with a large U.S. insurance company in 1996. I graduated from the American College in Bryn Mawr, Pennsylvania and hold the professional designations of CLU and ChFC. I am married with one child and a playful Maltese named 'Chablis.' I stumbled upon writing as a hobby to pass the time in my retirement. In addition to expressing my imagination on paper, I enjoy golf, travel, wine collecting and baseball.