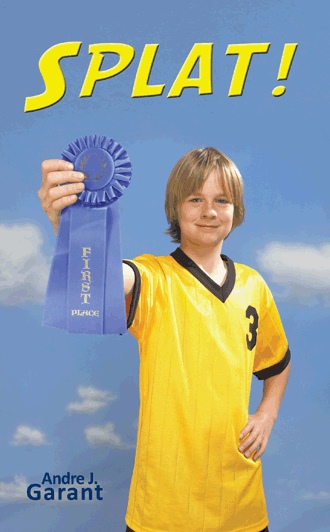 Stephon and I were starting to get a little risky now as we tossed the egg much higher on each throw, and we knew it was only a matter of a few more throws before one of us missed a catch. "No, Stephon, that's too high," I shouted as I lost sight of the egg in the sky as the sun was shining down directly into my eyes. At the last second, I saw it coming right for my face and that's when it happened. Splat! The egg broke directly on my nose and the cold, runny yolk immediately seeped into my eyes, up my nose, and into my mouth. "Dudes, check it out," Justin shouted, pointing his finger right at my face as I struggled to get the yolk out of my eyes. Everyone was laughing so hard by now, including the teachers. At once, I decided to pretend that I was a monster and began rubbing both of my hands over my face in order to get as much slimy egg yolk on my fingers as possible. "I am the monster of Eli Terry School and I have come to slime you over." My first targets were many of the boys who frantically tried to get away from me, but not before I slimed them over pretty good. Jason took a direct shot of yolk right to his cheek as I flung my hand in his direction and Noah didn't fare much better as I snuck up to him and wiped my fingers all through his hair. "Aww, dude, you die," Noah furiously shouted once he realized what had happened. Before things got out of hand, Mr. Federici stopped the nonsense, although it was clear to see that he was enjoying the show quite a bit himself. "Okay, Joey, that's enough now. Let's get you cleaned up." Before I knew what was happening, a towel was thrust into my face and began cleaning up all of the sticky egg yolk. In no time at all, I was as clean as a whistle, not to mention any of the other boys who had become my victims in the attack. "Let's get a nice round of applause for all of our contestants in the egg toss," Mrs. Sevick stated. "All of you did a great job and I think we will definitely have to do this once again next year." "It was really fun," Jenny declared. "You should definitely do it with every year's fourth grade class." "Joey and Stephon, please come here," Mrs. Sevick asked, and once she had us at her side, she gave each one of us a big blue ribbon with a giant gold star in the middle of it. "Congratulations to this year's winners of the egg toss." At once, everyone began cheering and clapping for us, and I had never felt so special in all of my time at Eli Terry. Whether my classmates were boys or girls, each one of them was clapping for me with a big smile on their face which made me feel so proud and happy. It really was times like this when I felt so special and knew that I was loved by so many people. It surely was the best feeling in the whole wide world! 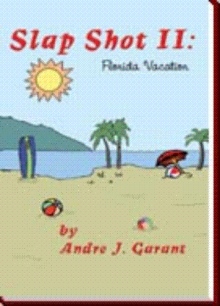 Splat! is a humorous story about 65 fourth graders from Eli Terry School in South Windsor, Connecticut as they enjoy a special day together. While focused on learning about life in 1966, the kids dig up a time capsule on the school grounds and discuss the contents. What follows is a fun-filled day where the kids combine learning with all sorts of enjoyable activities, such as field day, a barbecue lunch, decorating a cake, a game of jeopardy, and a zany egg toss. Chock full of humor designed to make any fourth grader laugh, this book easily combines fun with learning in an effort to encourage reading among those boys and girls between the ages of 8-12.

Andre J. Garant lives in Tolland, Connecticut and is the author of eighteen chapter novels for boys and girls between the ages of eight and twelve. When he’s not busy working as an accountant for a large healthcare system, he enjoys visiting elementary schools to speak to kids about his books and the lessons that can be learned from them. Since becoming a children’s author in 1999, he has interacted with thousands of children, many of who have become characters in his books. For more information about Andre or his books, please visit his official website at www.authorguy.com.