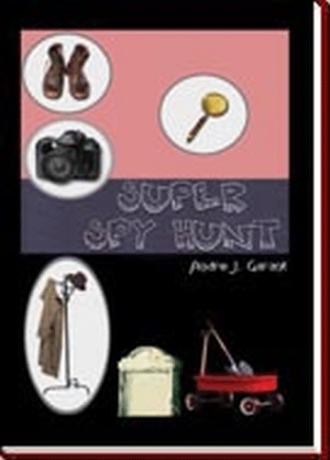 The woods were eerily quiet as Kevin and I walked down the path that led to the cemetery.  The only sounds to be heard were our feet crunching on the newly fallen leaves and Molly’s sniffing.  Many of the leaves had now fallen from the trees, allowing the moon to shine down with an even brighter intensity.

“Man, it’s freezing out here,” Kevin remarked as he rubbed his hands together.  “Good thing I remembered to bring my gloves in my jacket.”

“Lucky for you,” I said through purple lips.  As for me, I had no gloves, and so my hands were white from the cold, not to mention practically numb.

“Here, I’ll take Molly for you so you can put your hands in your pockets,” Kevin offered as he grabbed Molly’s leash from my hand.

“Thanks,” I said while thrusting my hands deep into my pockets in hopes of warming them up a bit.

A few minutes later, we reached the wrought iron gates to the cemetery, and it was quieter than ever.

“Okay, let’s be real quiet tonight and sneak in that way,” Kevin remarked in a hushed tone.

“Yeah, but it’s hard with the leaves all over the place,” I declared.  “Anyone within half a mile could hear us walking around right now.”

Kevin nearly fell on the ground as Molly suddenly jerked on the leash, desperately trying to chase a squirrel.  “Holy cow, Molly, ease up on me.”

“I think we need the flashlight now,” Kevin said as he grabbed it from his pocket.  “Here, you can take it for me so that I can keep both hands on this leash.”

“Good idea, Kev.  We don’t want Molly getting away in here.  She’ll never come back,” I exclaimed.  I then led the way in front of Kevin and Molly as I shone the flashlight on the ground, searching for any clue that might help us solve the case.  We walked for about ten minutes, only to find absolutely nothing.

“Geez, I’m getting really cold, Nicolas.  Do you think this is a waste of time?” Kevin asked.

I stopped and turned around.  “Probably, but it beats sleeping or lying around in our sleeping bags, don’t you think?”

Kevin shrugged his shoulders.  “I guess you’re right, but with all the leaves on the ground, it would be impossible to find anything in here.”

“Well, that’s what Molly is for,” I stated.  “Hopefully she’ll be able to sniff something out if there’s anything to find.”

“Okay, let’s keep going, then,” Kevin remarked.  “It’s too cold to stand still like this.”

Molly seemed to grow more restless as we walked through the cemetery and was now sniffing a mile a minute.  It almost seemed as if she was on to something.  We were just about to cross the far hill in the cemetery when Kevin shouted out loud as Molly suddenly yanked so hard on the leash that he was pulled to the ground.

Eleven-year-old Nicolas Caisse and his two best friends are hot on the trail to solve the town mystery in Super Spy Hunt.  The sleepy town of , is no longer sleepy once mysterious visitors begin digging up graves in the town cemetery.  Nicolas sneaks out of his house one night, intent on solving the mystery as he longs for a career in the FBI.  Little does he know that he is about to get the scare of a lifetime, but the action becomes even more intense on Halloween night when the three boys go trick-or-treating at the houses of potential suspects.  A small clue mysteriously turns up in the cemetery one night when Nicolas brings his dog, Molly, to sniff through the leaves.  The mystery is finally solved late one evening when the town Sheriff discovers a ghastly site, but not without making Nicolas, Andrew, and Kevin town heroes.  Super Spy Hunt is sure to keep any elementary and middle-grade reader on the edge of his seat for hours on end.

Andre J. Garant lives outside of .  When he’s not busy working as an accountant, Andre enjoys writing middle-grade fiction novels for boys and girls between the ages of nine and thirteen.  Super Spy Hunt is Garant’s eighth published novel, and is one of numerous middle-grade fiction novels that he has written since 1996.  He is a 1991 graduate of St. Michael’s College in and is also a 1997 graduate of The Institute of Children’s Literature in .  Garant enjoys visiting schools where he speaks to elementary and middle-grade students about the books that he has written and what can be learned from them.