Tales of the HX 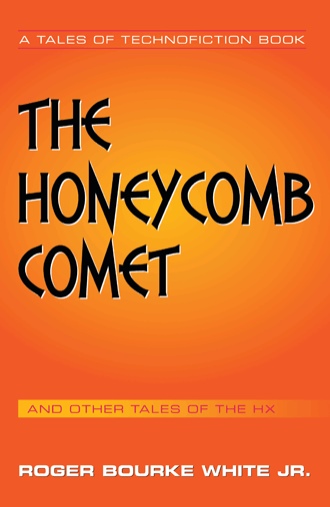 Singing: "Ruby, Ruby "Ruby, Ruby "Ruby will you be mine?" Cranston was humming that old, old, Dion and the Belmonts song again--singing it mindlessly as he sat at his console and studied the ooze that was all around us. He was looking for a way down. If he did it wrong, we would either get crushed by grinding blocks, or frozen deep inside a block and come out some eternity later. No, I didn't mind. Besides Ruby was on my mind, too. "Ruby will you be mine?" The "Ruby" we both want is Rubyzin. Twenty years ago Rubyzin had never been heard of. Now, half the civilized world wants to plop down money for some. Rubyzin ... the Peace Maker, the Date Maker, the Deal Maker. It's a lot of things to a lot of people. And to us ... those of us crewing the Pink Passion ... floating like a piece of egg shell in a high pressure eggbeater ... it is the Billionaire Maker. If we can bring out a half a pound of Rubyzin, we will pay for our trip here from Titan. If we bring out a pound, our investors will be ecstatic. The Pink Passion's hold can carry two hundred pounds. "Where are you?" You, the reader, may ask? We, the crew of the Pink Passion, are in the Ooze Zone of Neptune--that layer of the planet's atmosphere that lies between the gaseous part above--where the hydrogen and helium act like gas, and the methane, ammonia and water act like clouds--and the solid part below--where the pressure is so crushing even the hydrogen and helium are solid. In between is the Ooze Zone--where we can find Rubyzin ... if we are lucky ... and get ground into a flattened piece of ex-spaceship, or become a future fossil by getting locked into a miles-across iceberg, if we don't keep our wits about us! Yeah, it's OK if Cranston sings that stupid song mindlessly and endlessly. "Neptune!" You may exclaim, "Why Neptune? Everyone knows that Rubyzin is found in deep in Jupiter, and that the Earth and Mars governments have invested billions in Rubyzin Extraction Inc. (REI) to mine Rubyzin 'safely and economically'." Yeah! And given it monopoly privileges as well! Those bastards! There are hundreds of ideas floating around Titan Colony about how to mine Rubyzin, and hundreds of people willing to give those ideas a try. But there are a dozen fast patrol boats circling the planet, and state-of-the-art surveillance backs them up. These days you don't sneeze in the vicinity of Jupiter without an REI license. The trouble is the "safely and economically" part. REI is trying to mine Rubyzin using robot probes, but figuring out how to dodge around in the lower Ooze Zone is still beyond robot navigating ability. Scientists still haven't found a good way to describe turbulent flow, and without that, no robot is going to figure out Ooze. So, REI's Rubyzin output is low--way below what the Solar System demand is. We want to fix that. Believe me, we looked hard at sneaking in to Jupiter! The planet is a big place! And the Ooze Layer should be thick and well-veined with Rubyzin. But we looked at the Rubyzin market and listened to a lot of scuttlebutt around the bars in Titan Colony. Word on the street is the Jupiter Patrol is effective--a lot of people have been trying to sneak in, and a lot of people have been getting caught. So many, that about half the Rubyzin REI puts on the market is confiscated. (Of course, REI denies that.) So, we looked for an alternative. Saturn might have provided, but the Titan Colony government made a deal-with-the-devil, so there's a Saturn Patrol, as well. We decided ... why not? Lets go for the far end of the line before people start thinking seriously about it. The far end of the gas giant line is Neptune. And that's why we are here. It took some serious convincing to get financing for this boat. A lot of scientists argued that Uranus and Neptune won't have Rubyzin. They say the atmospheres are too thin, too cold and too icy at the bottom. They say if there is anything resembling Rubyzin created, it will be of poor quality. Of course, they say this without actually being here. And the counter argument is: Have you seen the street price of Rubyzin these days? As I said earlier, if we extract just two pounds of it, everyone is happy, happy, happy! Not only were we doing this on Neptune instead of Jupiter, we were doing this with a different style of ship as well. The Earth ships probing Jupiter were designed by Earth's best submarine engineers. The bottom of Earth's ocean seemed a lot like Ooze to the people of Earth, so when REI said, "We're hiring the brightest and best to design our ships." Submarine engineers were the logical choice. But, Ooze and ocean have a lot of differences, and we thought that starting from a submarine design was a bad choice. We looked at the conditions and thought, "This thick goo is a lot like what bacteria experience. We should base our design on scaled-up bacteria, not pressured-up subs." The result: We are using cilia and flagella equivalents for propulsion, not propellers. We are finding these work real well in thick, murky fluids filled with lots of random obstructions. As a bonus, we have filled the flagella with sensors (we have one fore and one aft), and those are real effective at telling us about conditions one to ten meters around the ship. We can sense veins of minerals with them, and we can sense trouble, such as when the crack we are in is about to freeze up. And with the aft flagella, we can move out quickly! 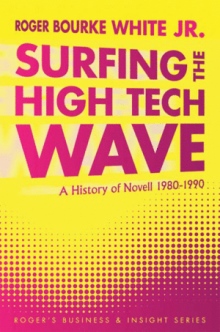 Brace yourself for something new! A mysterious moon-size alien is filled with civilization changing treasures. And we get to watch this discovery change civilization! This is a tale of the future, a future that is really possible. This is technofiction, science fiction where science matters as much as characters. Welcome to a Tales of Technofiction book.

More than most people, I've "been there and done that." And, while I was doing it, I was watching and taking notes. I enjoy chronicling why events happen and investigating the forces behind them. I write continually about my travels, and the forces I see behind many business, historic and scientific phenomena. The culmination of this is my White World web site, the nine books I have written, and the many stories, articles and videos I have produced. Check these out to find out more about what I have learned in my journey through life, or contact me. * Education o Massachusetts Institute of Technology (MIT), Cambridge, Mass., BS Chemical Engineering, 1975 o University of Phoenix, Salt Lake City, Utah, MBA Marketing, Organizational Behavior 1986 * Professional o 2004-08 Senior Teacher, Michigan Language Academy, Suwon, Korea o 1995-6 Internet and Netware instructor, Invercargill, New Zealand, Sydney, Australia o 1980-90 Startup person, then Marketing and Developer Relations at Novell Inc. * Other Information o Born and raised in Ohio o Vietnam Veteran o Commercial pilot's licence with IFR rating